Industry Season 2 Review: Why is Harper So Unpopular in the Business World? 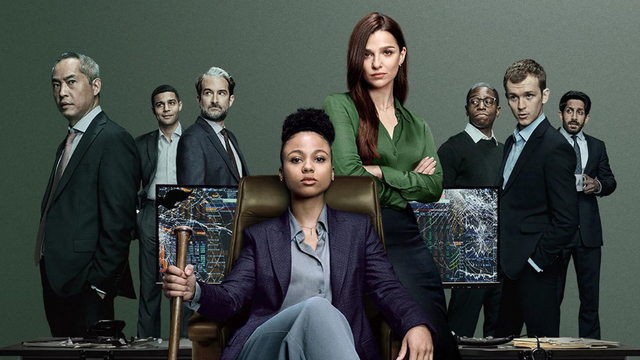 On the surface, the popularity of Industry (BBC One) is perplexing. At its best, the banking-and-wanking drama is as stressful as drinking ten double espressos and then having to give a speech in public while nude and unprepared.

I barely comprehend the conversation, especially about the financial aspect. Any discussion of trades that is heavy on statistics and abbreviations is confusing.

It makes even the most complex medical dramas sound like a Peppa Pig story. And it is filled, even bloated, with unlikeable individuals who do awful things to each other and the planet.

That did not deter Succession, though, and Industry plows a similar furrow, churning out backstabbing and betrayals with lightning speed.

Harper (a still-brilliant Myha’la Herrold) successfully shattered the fragile relationships she forged as a graduate in the finale of the first season, and the show returns for a second season.

After a spectacularly self-serving act of sabotage, she was left with only two pals at Pierpoint investment bank: her manipulative ex-boss, Eric, and the bank’s overall head honcho, Adler.

A year after the outbreak of the Covid virus, we reunite with Pierpoint. Almost everyone has returned to the workplace, with the exception of Harper, who has spent the past year locked up in a hotel room with her several computer displays, unwilling to return to the shop floor.

A brief summary, to show why She betrayed the female managers who were attempting to help her develop her career and alter the poisonous, masculine workplace culture at the bank, thereby destroying their careers.

This has rendered her friendless and, as seen in the pilot episode, more vulnerable than you might expect for someone who is so obviously skilled at her job.

According to the argument Robert made for his own employment at the close of the previous season, the work involves taking customers out, getting them drunk, and doing whatever they want in order to convince them to do whatever they want. That and listening to speeches on rate fluctuations and the dollar’s value.

Harper is no longer working hard and playing harder in the opening episode, which features a montage of sex, meetings, powder-snorting, and… swimming.

In her hotel, she meets millionaire Jesse Bloom (Jay Duplass of Transparent), who correctly predicted the pandemic and gained a fortune. Harper quickly recognizes the possibility of becoming friends with such a wealthy newcomer to London, but only a fool would assume that Bloom will make it easy for her.

It’s not all about the money. Robert (Harry Lawtey), who was hired despite having a cocaine-induced nosebleed during his interview and is only good at client relations, is under pressure to bring in more clients, and teaming him with the unpleasant Nicole (Sarah Parish) seems a wise decision.

It flips the dial from sex to sophistication, and the two are terrific on film combined. Yasmin and Harper, the television’s worst best friends or best worst friends, stay adversaries, which means Harper is unable to experience Yas’s extravagant single phase.

Yas (Marisa Abela) explains to Harper, “There are radiators and drains.” “And you are a drain.” It’s an improvement over the C-word, so I can only hope that this indicates that their relationship is beginning to thaw.

This, I believe, is the key to understanding the appeal of Industry. Regardless of how horrible they are, I am rooting for Robert, Yas, and Harper to succeed, or if not succeed, at least to escape alive.

Perhaps there is also some catharsis in viewing such a nihilistic program, which blazes through each episode in a frenzy of self-destruction and vanity.

The industry maintains two sources of stress. There is a smaller one that churns along during each episode, in which the petty dramas are rapidly resolved. Harper is attempting to ingratiate herself back into an immoral and brutal world that is too immoral and ruthless for its inhabitants.

Working from home has shed light on London’s office culture and its questionable efficiency, and with the extra strain of Brexit, there is a strong possibility that Adler may restructure Pierpoint at the expense of the UK business.

There is always a sense that justice will be served. The question is, where are you? This premiere episode sets a high bar, but the entire second season is available on iPlayer, and the show just gets better as everyone’s behavior delectably deteriorates.

Why is Harper Living in a Hotel Industry?

Harper resides in a motel following a dispute with her roommate, the fragile FX trader Yasmin (Marisa Abela), who also survived last season’s massive layoff of new graduates. After last year’s shenanigans, her abrasive employer Eric – played by the scene-stealing Ken Leung – is keen to reduce Harper to size.

What Occurs in the Second Season of Industry?

Season 2 begins one year after the peak of the pandemic, with the young professionals at the London office of Pierpoint & Co grappling with a back-to-work or else directive that leaves the trading floor tenser than ever.

Why is Harper So Unpopular in the Business World?

In the field of finance, it is advantageous to be brutal, yet for some reason, it makes Harper appear awful. Black women typically do not depict on-screen characters like Harper. She is determined, anxious, and prone to breakdowns, juggling imposter syndrome and Machiavellian tendencies simultaneously.

What Happened at the End of Season 2?

In the climactic act, Eric returns to the court as the leader of the new “superteam,” while Harper is eliminated. Eric tells her, “I’m doing this for you” after admitting that he paid her hotel bill through Covid and before revealing that he reported her for her forged degree.