Hellraiser Movie Review: What Does Pinhead Do to His Victims? 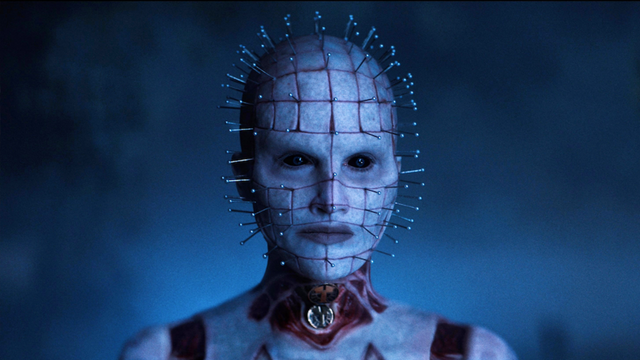 In the 1980s, Clive Barker’s original Hellraiser surely upped the genre’s standards and depths. He was the original author of the book upon which the series is based.

The gruesome elements of his cosmos were macabre and even a little naive, but they were entertaining. His goal to create horrible humanoids incapable of distinguishing between pain and pleasure, who feed on man’s weaknesses and vices, was unwavering.

Hellraiser should be recognized, if for nothing else, for Barker’s cruel vision and his daring in bringing it to reality.

Having not seen the previous installments gives first-time viewers a unique viewpoint. Bruckner may not have viewed them prior to conceiving his new reboot, for all we know. The Hulu remake might be considered a film outside of the franchise.

Even some of the novel’s backstory has been eliminated to give Hellraiser an entirely new appearance. It is well-known that the director can create horror films with a smoldering, slow-burning atmosphere.

With the assistance of genre-savvy co-writers Ben Collins and Luke Pietrowski, he uses his storytelling skills to recreate the Hellraiser mythos with modernist sensibilities that were arguably lacking in the previous several installments.

He does so while imparting unique qualities to each of the story’s familiar characters. Although daring and style are present, the subject material is partly obscured by the intensity of his handling of it.

The Night House was possibly a revolutionary picture in the stylized horror genre, which stresses the “unseen” above the “seen.”

It is not the case that the era of jump scares has ended. Newer awareness, however, tends toward a more abstract perception of what horror seems like to diverse people. With Hellraiser, Bruckner drastically alters the tone. You are frightened by what you see here in the shape of Cenobites.

RELATED: Emily in Paris Season 3 Review: Stay Tuned for an Update on the Release Date for Season 4

The title of the film is derived from the small puzzle box that initiates the chaotic summoning of mysterious humanoids that want the blood of the living. They assume the role of God by killing whoever is pierced by the knife inside the puzzle box. This case is initiated by the famed billionaire Roland Voight, who is notorious for his occult rituals. Riley, a recovering waitress, must confront its wickedness after she and her boyfriend steal the box from an abandoned warehouse some years later.

After discovering that it was intentionally kept hidden when Riley’s brother disappears, they search frantically for a means to halt it. A terrifying person known as The Priest, or Pinhead, presents Riley with an almost insurmountable choice in exchange for her brother, Matt.

His creative decisions to humanize Riley, construct a plausible plot, and give the Cenobites a sharper visual style demand support.

They are the focal point of this reboot. Possibly with the exception of Hellraiser II, none of the other franchise siblings valued a build-up.

Individually, their setups were more effective, resulting in a disconcerting effect on the audience as a collective. Bruckner ensures that these defects are not replicated here. Possibly, if this reboot of the franchise is extended, the legacy issues will not reoccur.

Some of the logistical decisions, though, are met with instant skepticism and cynicism. To mark the film with Bruckner’s blood, the running duration was unnecessarily lengthened. Although the director’s desire to leave his stamp is understood, some additional editing in this area would have been appreciated.

The visceral dread, though, stems from the other dimension’s superb idea. This was the missing element that Bruckner emphasized.

Every time the Cenboties arrived and the space around the “marked” moved like the staircases in Game Room’s maze, you would experience a revolting flashback. The hair on the back of your neck would stand on end in anticipation of what was to come.

However, the designs of the cenobites are appropriately unsettling, if not downright terrifying at times. They would captivate innovative readers and franchise aficionados while remaining true to the property’s legacy.

Hellraiser is possibly not a really satisfactory reboot. It does manage to deviate from preconceived concepts of visual and aesthetic styles, but the final output falls short.

What is Pinhead’s Treatment of His Victims?

Typically, he murders his victims by ripping them apart with hooked chains, but he also possesses a vast arsenal of demonic powers and is a torture and pain expert who often drags his victims into an eternity of torment rather than simple death.

What Type of Terror Does Hellraiser Represent?

Hellraiser is a 1987 British supernatural horror film written and directed by Clive Barker, based on Barker’s 1986 novella The Hellbound Heart, and produced by Christopher Figg. The picture marked Barker’s debut as a director.

What Happens if the Box is Opened, Pinhead?

This causes them to be threatened with chains until they decide to resolve the issue. Matt continued, “If The Cenobite reacts swiftly, they can teleport directly to the survivor who holds it. “If Pinhead discovers it first, he can initiate a Chain Hunt for the remaining Survivors.