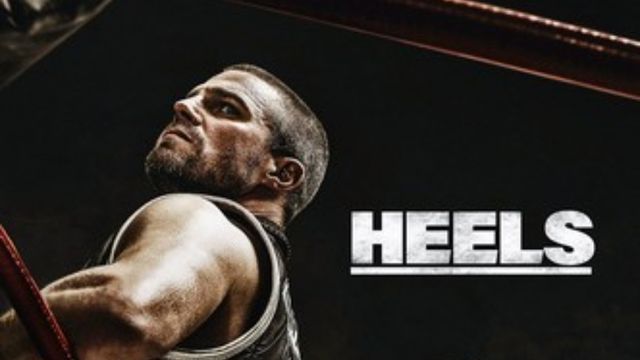 This year, “Heels” has been one of the most surprising shows on TV. The wrestling-themed drama on Starz was made by the head writer of “Loki,” Michael Waldron. “Arrow” star Stephen Amell and “Vikings” star Alexander Ludwig play two brothers who wrestle in Georgia for their father’s promotion and deal with all the drama that comes with it. Rotten Tomatoes gave the show a score of 96% Fresh, which means that critics loved it. It was also picked up quickly for a second season, according to Deadline.

Starz seems to have found another hit to go with shows like the historical romance “Outlander” and the sequel series “Power Book II: Ghost.” Who knows, maybe this series will be nominated for an Emmy next year. Fans have been begging for more of the Spade family’s story ever since the Season 1 finale aired on October 10, 2021.

Here’s a handy list of what we know so far about “Heels'” upcoming second season.

Starz picked up the wrestling drama Heels for a second season in November 2021, but new episodes have not yet started airing.

In his most recent guest spot on Michael Rosenbaum’s podcast Inside of You, series star Stephen Amell gave fans an update on the heavily delayed new season and reassured them that Season 2 will be out at some point. 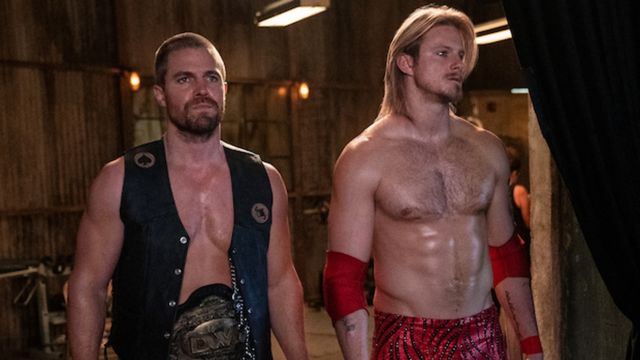 Amell said, “Heels is coming out eventually,” adding that he thinks new episodes will come out in the “first or second quarter of 2023.”

READ MORE:- Anatomy of a Scandal Season 2 Release Date: Will There Be a Season 2?

The actor says that the delay is because Lionsgate broke up with Starz, which they bought in 2016 for $4.4 billion.

Who will be in Season 2 of Heels?

Stephen Amell and Alexander Ludwig, who played brothers Jack and Ace Spade in the first season of “Heels,” will be back for Season 2. Amell became well-known for playing Oliver Queen/Green Arrow on the CW show “Arrow.” Ludwig, on the other hand, has been in big movies like “The Hunger Games,” “Bad Boys,” and “Vikings.” 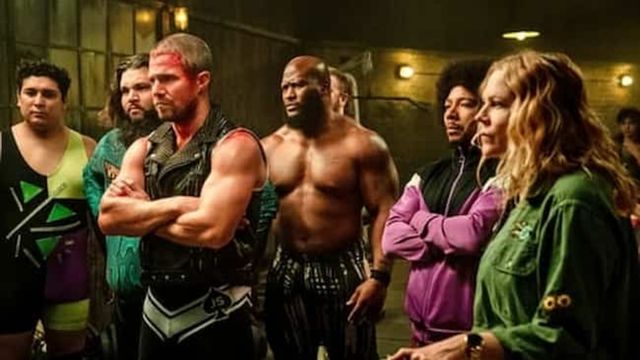 Deadline says that along with the main cast members who are coming back, recurring stars Trey Tucker and Robby Ramos, who play Bobby Pin and Diego Cottonmouth, have been moved up to the regular cast. That might mean that we’ll see them more in the second season of “Heels.”

Real-life wrestler CM Punk, who played Ricky Rabies so well in Season 1, is less likely to return since he just got back into the ring after a long break after signing with All Elite Wrestling, according to Sports Illustrated. We can probably also expect to see new characters enter the ring in Season 2 of “Heels,” but we don’t know who they will be yet.

What Will Happen in Heels Season 2?

If Season 1 of “Heels” was so well received by critics and fans, there doesn’t seem to be much reason for the show’s creators to change too much for Season 2, other than continuing the storylines and character arcs that have already been set up and are waiting to be resolved.

Crystal became the champion of the Duffy Wrestling League at the end of Season 1 of “Heels,” but the good guy or “face” of the show, Ace, and the bad guy, or “heel,” Jack, were an impasse and didn’t get along.

Also, Jack’s marriage to Staci is in trouble, and it looks like Season 2 of “Heels” may focus on this as Jack tries to make up with both his wife and his brother/competitor. People have also wondered if Ace will quit the DWL, even if it’s just for a short time because the show wouldn’t be the same (or even possible) without him in the ring.

Is there any Trailer for Heels Season 2?

How to Watch Heels Season 1?

You can watch Season 1 of “Heels,” as well as the upcoming Season 2, on Starz’s streaming app and on-demand services.

Most of the things have been provided to you in the above article which includes the release date updates of the series. As soon as the release date or any update is going to come regarding the season you all would be shared. What is your thought regarding Season 2 of Heels, let us know in the comment below. For more information visit our website editorials24.com and stay tuned for more and more updates and details.