Harka Review: What Happen at the End of the Story? 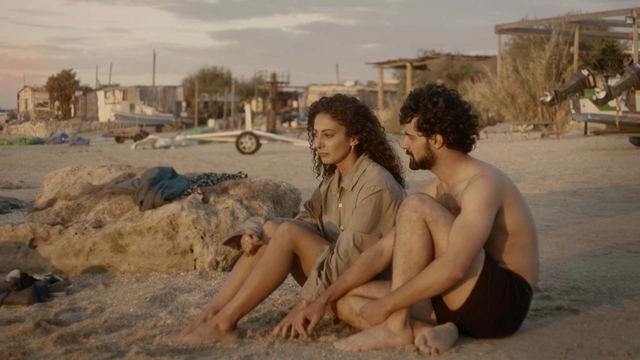 The compelling contemporary drama “Harka” is set more than a decade after the start of Tunisia’s Jasmine Revolution, yet its frustrated outsider protagonist must try to make his way in circumstances similar to those of Mohamed Bouazizi, the 27-year-old street vendor whose self-immolation sparked that revolution and brought renewed attention to the country’s corrupt officials and lack of opportunity.

Following the well-received documentary “12 O’Clock Boys,” U.K.-born, U.S.-based director-writer Lotfy Nathan makes a searing feature debut that focuses on the daily humiliations that are likely to motivate a person to commit an act of desperation.

Twenty-something reticent and lanky Ali (Bessa, a French actor with Tunisian ancestry) fled his family home in Sidi Bouzid as a teenager and is currently squatting at an abandoned construction site.

Lacking an education, he sells unauthorized fuel, making him vulnerable to the corruption of the local police and the caprices of his less-than-honest supplier (Hsouna Heni).

He is saving his hard-earned dinars in order to pay a smuggler to take him to Europe, where he hopes to find more opportunities and a sense of dignity.

Ali’s plans are derailed by family obligations just as he nears the amount he needs to leave. Ali takes care of his sisters Sarra (Ikbal Harbi), who had to drop out of school to work as a housekeeper, and Alyssa (Ikbal Harbi), the youngest of the family, who is still in school.

Ali takes on more dangerous illegal work, but his dream is dashed when they discover that their father has left them liable for an unpaid bank loan and that their home will be repossessed if the principal and late fees are not paid.

Ali is unsuccessful in every endeavor. Although Tunisia has a law that allows children to replace their parents in the workplace, there are no openings at his father’s company because the father has been absent for too long.

And Skander fails to provide the promised money in a heartbreaking scene in which the humiliated Ali feels as though the wealthy tourists at Skander’s restaurant look right through him with contempt.

He has no remedy, which is unfortunate. His fuel distributor refuses to pay him, local authorities are unhelpful, the cops loot and abuse him, and even his fellow Tunisians look down on him.

Young German cinematographer Maximilian Pittner’s sensitive, naturalistic camerawork is attuned to the country’s landscapes as seen through Ali’s eyes, from the shabby, impoverished areas of Sidi Bouzid to the Hammamet seaside where he grabs a moment of respite in the water, entering from a rocky outcrop rather than the beaches reserved for tourists, to the dusty border with Libya where hard-bitten smugglers

According to the Cannes press kit, the title has two relevant meanings for the narrative. The first meaning refers to those who illegally cross the Mediterranean by boat, while the second refers to the act of igniting.