Girl Picture Review: What is the Plot of the Story and What Happened at the End? 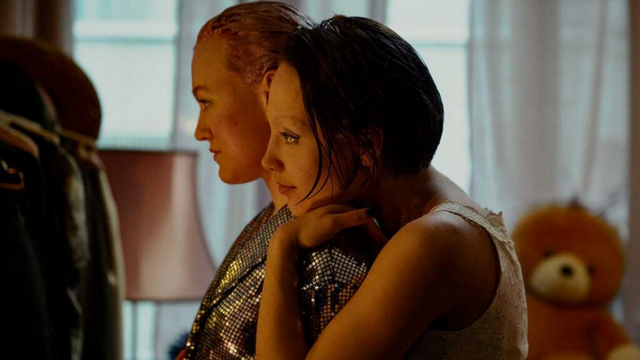 The brooding awkwardness and severe self-doubt that typically accompany cinematic adolescents as the training wheels of adolescence are removed are absent in “Girl Picture.” In a way, this makes Alli Haapasalo’s fast-paced light drama a novel take on a classic genre, as it paints an appealing buoyant, perhaps even the aspirational portrayal of Gen-relatively Z’s painless adolescence.

However, Ilona Ahti and Daniela Hakulinen’s screenplay never completely grip; it’s difficult to produce much actual suspense with characters one never truly worries about, who can cure most of their problems with a simple heart-to-heart or an oversized-knitwear hug.

“Girl Picture” begins on an unusually contentious note for a film about three young Finns pursuing their sexual and love awakenings with an emotional candor that would be admirable in ladies twice their age.

Mimmi (Aamu Milonoff) introduces herself as a rebel outsider by bleaching her eyebrows and lashing out excessively at a classmate during gym class. But any hormonal surliness this implies rapidly fades when she’s with her adorably dimpled best friend Ronkko (Eleonora Kauhanen), which is the vast majority of the time — following this beginning, it’s easy to forget the girls are in high school, given we see them in that setting so infrequently.

Instead, Mimmi and Ronkko spend much of their time hanging out in clubs, at their after-school jobs at a mall smoothie stand, or in Mimmi’s funky bedroom preparing for that night’s party. They borrow each other’s clothing, apply each other’s eyeliner, and soothe one another’s concerns.

Early on, Ronkko reveals to her best friend her primary — and possibly sole — the source of discontent: Although she has been (hetero)sexually active for a while, she has never found sex to be especially satisfying. Ronkko’s after-hours tests with various young men are demoted to the position of a mildly amusing subplot after Mimmi wisely informs her that a person of their age claiming they will never find love is the biggest cliche.

One possible lover objects to Ronkko’s overly explicit instructions, complaining, “Reading a guidebook for your genitalia is not exactly seductive.” But with each setback, Ronkko reacts admirably, though a little implausibly, with frustration that another orgasm has eluded her, as opposed to a deeper sense of embarrassment or self-consciousness.

In the warm, vibrant palette of Jarmo Kiuru’s energetic cinematography, and set to a montage-friendly soundtrack of pulsating electropop beats, the story’s main thrust revolves around the blossoming romance between Mimmi and Emma (Linnea Leino), a dedicated figure skater who is currently training to qualify for the European Championships.

Again, the difficulties are not what one might assume; homosexuality is not a problem for these amazingly self-reliant young people or their families, who appear to provide them with all the freedom and independence they could possibly desire.

Instead, their relationship is endangered by Mimmi’s aversion to commitment and her realization that she may be a diversion for Emma, who has been mostly focused on her skating until now. This a dilemma that applies equally — and perhaps more visibly — to a thirtysomething as it does to a teenager.

Will Ronkko lose her stones? Will Mimmi confess her love? Will Emma land her lutz? The only thing that saves “Girl Picture” from complete soapiness is the genuineness of the three leading performances.

Milonoff, Kauhanen, and Leino are an attractive trio with an easy, generous connection, whether they are swaying in sequins and lip gloss beneath disco lights, side-eyeing each other at the smoothie stand, or exchanging tough-love relationship advice. Especially moving is the depiction of Mimmi and Ronkko’s burgeoning friendship, despite the portrait’s tendency to be overly sentimental.

Their sole disagreement, which naturally stems from a place of care and affection, barely counts as a squabble before they immediately and tearfully reconcile.

Haapasalo’s film, which debuted at Sundance and was subsequently chosen as Finland’s international Oscar entry, is endowed with a breezy charm owing to the film’s sentimentality and entertaining performances. However, it also offers an oddly detached perspective on a generation portrayed as both hopelessly inexperienced and highly confident in their sexual and emotional identities.

Mimmi states at one point, “We’re so young, I wouldn’t panic.” However, what young person truly comprehends their youth with such maturity? In fact, panic may be the only thing absent from “Girl Picture,” a coming-of-age drama in which practically every character appears to have reached maturity years ago.