Explain the Ending of Ozark: Why Did Ruth Have to Die in Ozark? 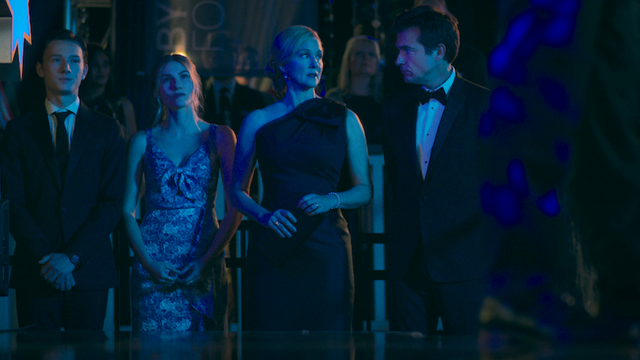 Those with a Netflix subscription were able to witness how things turned out for Marty Byrde, his family, and Ruth following the conclusion of one of the most popular streaming shows, Ozark. The conclusion has been somewhat divisive among fans, and there are numerous online discussions about it.

There were a few moments in the finale of Ozark that are likely to have fans talking for years to come, even though not everything was controversial. Include explanations from people who worked on the show as to why specific decisions were taken.

The Byrdes Reached a New Agreement to Ensure Their Safety

At the halfway of the season, the Byrdes successfully negotiated a deal that freed them from prosecution and allowed them to “go legit,” but then Ruth murdered Omar Navarro’s nephew, Javi.

As a result of Javi’s demise, the FBI was unable to exert control over a cartel leader and retracted their offer. The Byrdes, who felt pressure from the cartel to get Navarro released from prison and who was now once again at risk of FBI prosecution, was in a difficult position.

In the end, they negotiated a new contract to liberate themselves from the cartel, but it was not simple. Camila Navarro, the sister of Oscar Navarro, eventually consented to manage the cartel in exchange for a verbal deal with the FBI.

Ruth, who now controlled the majority stake in the Missouri Belle, let money laundering to continue via it. Without a contract in place for Omar, the agreement was largely identical to the previous one. The antagonist did play a unique role in the whole affair, but he did not appreciate it.

What Happens at the End of Ozark?

Ozark concludes with Jonah pointing a shotgun at private investigator Mel Sattem, followed by the sound of a gunshot and a black screen. Prior to then, the majority of series story points are neatly wrapped up.

Ruth is coerced by Marty to retrieve Jonah and Charlotte from their cruel grandfather. She succeeds, and Wendy’s children return to her and agree to attend the founding of the family foundation.

Cartel leader Navarro is transferred in the middle of the night, only to be shot and killed, making his sister Camilla the new cartel leader. Camilla conducts business with Byrdes and Clare, the CEO of the pharmaceutical company, but gives a severe warning to the latter.

Camilla informs Clare that if she knows anything about the death of her son Javi and has not told her, she will have Clare slashed in half if she discovers she lied.

Clare almost soon reveals Ruth Langmore’s identity, sealing her fate and resulting to her execution by the new cartel leader.

The family gathering goes off without a hitch, with the exception of Marty and Wendy’s knowledge that Ruth is probably deceased.

They come home as a united front, while the children scatter. Marty and Wendy discover private investigator Mel with Ben’s ashes in their garden.

In essence, he informs the family that their time has come to an end and that, unlike the Kennedys, they will not emerge victorious or unharmed.

However, Jonah and Charlotte have now emerged in the garden, and Jonah is clutching a shotgun, the sound of which can be heard as the screen goes black.

Why Did Ruth Have to Die in Ozark?

Ruth’s demise is perhaps one of the most debated scenes in the series. Even though she was one of the most beloved characters on the show, Julia Garner, who portrays her, makes a very good argument in the bonus program A Farewell To Ozark.

She implies that Ruth is a tragic hero who is nearly doomed to perish. Ruth is not going to survive, as evidenced by numerous hints scattered throughout Part 2 of the fourth season.

First, Ruth is a Langmore, a cursed family revealed at the beginning of the show. First afflicted by poverty, then by crime, and finally by death. Ruth has lost almost all of her family through various means, with the exception of Three, and when she decides to clean her name, she does so in order to build a mansion on the site of her former home.

What is the meaning of the parable of the man who built his home on sand? In addition, when Marty advises her to change her identity and leaves Ozark totally, she informs him that she likes her name… The name is ultimately given up, leading to her death.

Ruth is from Ozark, but staying there and attempting to make a living, especially after her foolish murder of Javi, was doomed to fail.

In addition, by returning to claim her shares in the casino and operate it as a company, she draws the attention of Javi’s mother Camilla, with whom she even comes face to face during her meeting with the FBI.

Her Chicago encounter with the rapper Killer Mike and her listening to Nas was also extremely ominous for her predicament. She viewed the Ozarks from her trailer van and did not wish to flee her fate.

By the end of the series, Ruth sees her complete family at home as if they were still living. Whether they are ghosts or hallucinations, it is a common cliché in Greek Tragedy for the hero to see apparitions of the deceased before meeting their own end.

Ruth’s appearance at the party in all white after her criminal record was expunged was the perfect approach to let us know she wouldn’t make it.

In addition to being cleansed of her sins, she becomes the story’s sacrificial lamb. Camilla eventually receives the retribution she desired for the loss of her son, allowing her to return to Mexico and continue to rule the Cartel.

Despite being one of the most ambitious and redeemable characters in the program, Ruth’s inability to move on from her family background, the deaths of Ben and Wyatt, and the location in which she resided led her to make a series of poor choices that ultimately led to her demise.