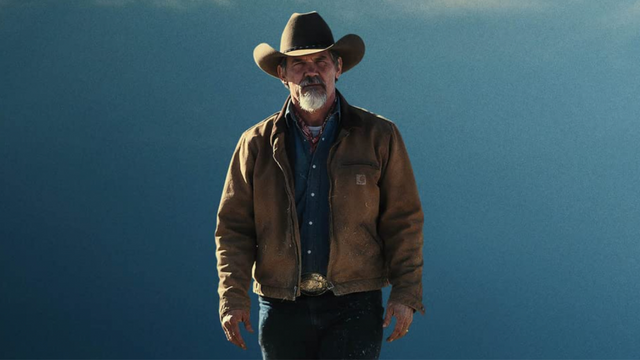 Outer Range focuses on Royal Abbott (Josh Brolin), a rancher who becomes engaged in a mind-bending mystery in Wabang, Wyoming, his hometown.

The first episode alone features a murder, prophetic visions, and high tension and stakes between the neighboring Abbott and Tillerson families, which is more than enough to set the stage for the remainder of the season’s action-packed twists and turns.

An Explanation of the Outer Range Season 1 Ending

Throughout the first season, Royal revealed himself to be rather mysterious. He had no recollection of his youth, and he was taken in by the family who would become his in-laws after falling in love with the landowners’ daughter, Cecilia Abbott (Lily Taylor).

Then, in the penultimate episode, Royal reveals to Perry (Tom Pelphrey), his eldest son, that he is not from this period, but was a 9-year-old boy in 1886 who was unable to get his father home after unintentionally shooting him while hunting. Young Royal, overcome by despondency, desired to vanish, at this point he saw the emptiness and jumped in.

That put him on the Abbott ranch 80 years later, where the first person he meets is Wayne Tillerson (Will Patton), the patriarch of the Tillerson family who, at the time, was Royal’s age and has been haunted ever since by images of Royal covered in darkness as he came from the portal.

Perry is inspired by Royal’s story to hunt for Rebecca by jumping into the vacuum, but once he goes, the void closes, leaving Royal unable to locate him.

This puts the father in jeopardy as his only other son, Rhett (Lewis Pullman), appears prepared to quit the family ranch and legacy after being crowned bull riding champion and planned to flee away with his sweetheart, bank teller Maria (Isabel Araiza).

Since her first appearance on the Abbott Ranch, Autumn has been manipulating everyone and causing havoc.

Indeed, Amy from the future is Autumn. When Royal realizes he’s about to kill his granddaughter, he lets her escape, a decision that could make the cultish future in which Luke Tillerson (Shaun Sipos) has taken over and devastated the Abbott land inevitable.

MUST READ: The Blacklist Season 9 Review: Who Killed Elizabeth Keen in Season 9 of the Blacklist?

Amy, age 9, reunites with her mother, a very much alive Rebecca, and they go incognito, possibly in search of Perry or in an attempt to return to the location where Rebecca had been hiding (or stuck?) throughout the years she had been missing.

We hope that a second season will soon be released so that we’re not left hanging by these fantastic cliffhangers.

Why Was Rebecca Required to Depart From Outer Range?

The wife did not want to spend her entire life living so closely with her in-laws on the ranch. Her daughter Amy may have grown up in this close-knit household, but Rebecca desires to leave.

What is Amy’s Fate in Outer Range?

Eventually, the final time jump. Royal approaches Autumn’s body and subsequently realizes that a scar on her forehead resembles the damage Amy got during the struggle between Royal, Rhett, and Perry. Autumn is implied to be a future version of Amy. Amy has vanished from the rodeo, although Royal does not yet realize it.

What Does the Buffalo in Outer Range Represent?

As you mentioned, the buffalo continues to serve as a guide for Royal on his voyage.

What Mental Disorder Does Autumn in Outer Range Have?

It would be simple to label Autumn as insane, but could you elaborate on her mental health? We are aware that she is taking lamotrigine, a medication used to treat epilepsy and bipolar illness. Yeah. This was included in the screenplay, thus it was important to keep in mind.

What Does the Woman Make of White Buffalo Represent?

White Buffalo Calf Woman (Lakótiyapi: Ptesáwi) or White Buffalo Maiden is a sacred woman of supernatural origin and the chief cultural prophet in the Lakota religion. According to oral traditions, she introduced the “Seven Sacred Rites” to the Lakota people.

Why is Autumn So Odd in Outer Range?

She also claims she has no memories before a particular age, which is equally peculiar. All things considered, it is possible that Autumn is from the future, that she went into the Void as a child, lost her memories as a result, and grew up in the “wrong” timeframe.