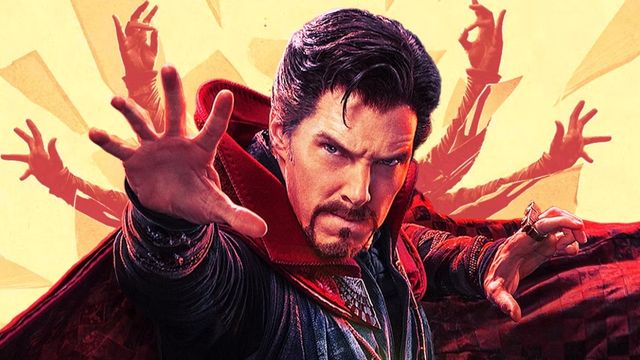 “Doctor Strange in the Multiverse of Madness” boasts mind-bending visuals and massive action sequences, but it’s also destined to be Marvel’s most divisive film in years.

Unexpectedly, Marvel’s 28th film is the studio’s darkest film to date, with many violent scenes that may be too intense for younger audiences. In addition, there are numerous creative decisions that will be divisive among fans.

The sequel to the 2016 film immediately begins a lengthy action sequence. We follow Doctor Stephen Strange (Benedict Cumberbatch) as he tries to determine who is after America Chavez (a spirited and delightfully entertaining Xochitl Gomez), a teenager with the ability to traverse the multiverse.

Once you discover who is after young America, you may have mixed feelings about the film’s villain selection. If you wish to avoid spoilers, you should stop reading now. I’m mentioning the following because it’s a pivotal plot point that will likely divide moviegoers.

Wanda/Scarlet Witch (Elizabeth Olsen) is the film’s main antagonist; she seeks America’s special abilities in order to find a universe where she can reunite with her children. If she is an all-powerful witch, does she really need America to travel to another universe? Debatable.)

I’m unsure if fans will accept that Wanda, a character they fell in love with for her graceful handling of grief in “WandaVision,” takes such a drastic turn in this film to become a full-fledged villain.

Without giving away any spoilers, she does some horrifying things in this film that may leave the audience speechless. Those unfamiliar with “WandaVision” may feel a little lost here, as it is not really explained how Wanda suddenly had children who mysteriously vanished. Strange states that they never actually existed, but this may not be sufficient for the average moviegoer, who will wonder how she has children in other universes.

It is also difficult to believe that a mother would want to regain her children at the expense of someone else’s child (America), indicating that the film’s script required more of a woman’s touch than just Michael Waldron’s.

Nevertheless, Olsen steals the show in every scene of the film. She masters every nuance of Wanda and portrays her flawlessly. Here, she is permitted to explore some of the more terrifying aspects of the Scarlet Witch as a dark magical book, the Darkhold, seizes her.

Those who complain that Marvel films never have repercussions will find them in this film, but fans may be dissatisfied with how the film portrays Wanda, a woman who just wants to be reunited with her children, as a villain. We hope this is not the last time we see her in the MCU.

Wanda’s grief is central to “Multiverse of Madness,” but it is presented as something to be feared rather than something for which to feel empathy. Marvel Studios
As “Multiverse of Madness” swiftly transitions from one massive action sequence to the next, you are never bored. However, the film is somewhat disjointed as it juggles being a horror film, an origin story for America, and a tale of growth and resolution for Stephen Strange, who learns that it doesn’t always pay to be arrogant.

Director Sam Raimi deserves credit for injecting the film with effective jump scares and amusing nods to his horror roots. (“Fans of “Evil Dead” will be pleased.”)

There are several breathtakingly hypnotic moments in the film, including an early scene in which Wanda is caught in a magical trap set by Strange’s devices. This is the only rival to the mirror dimension inspired by Escher in the 2016 film.

Instead, the film is filled with many massive battle sequences that utilise magic in an inventive manner. Most are entertaining to watch, with the exception of a scene near the end in which two adversaries employ musical notes as weapons.

While the film has a more mature tone, it may occasionally be too frightening for younger viewers. Parents taking their children to see the film should be aware that there are a number of shockingly violent deaths for a Disney film.

The majority of “Multiverse of Madness” feels like an unsuccessful attempt by Marvel to replicate what Sony did in December with “Spider-Man: No Way Home.” Here, Doctor Strange is faced with another adolescent whose issue could lead to the destruction of the multiverse. Non-comics fans will not be as invested in America as they are in Spider-Man, and the cameos are not as nostalgic or satisfying as those of Andrew Garfield and Tobey Maguire, necessitating multiple viewings.

Reduce your expectations before viewing this flick. One of the most aggravating parts of “Multiverse of Madness” is the illusion that it has more tricks than it actually does.

The film contains fewer variants, cameos, and appearances of alternate multiverse dimensions than the film’s trailers may suggest. Fans may also be angered by the fact that the film’s most pleasant surprises are fleeting. (If you’ve been online recently, almost every major cameo in the film has leaked, with the exception of one.)

The film establishes the idea that it would traverse other parallel universes, but it never really delivers on the promise of viewing the full insane multiverse. America states early in the film that she has visited more than seventy universes.

While the sequel flashes past a dozen or more universes in one brief sequence — most of which have already been seen in previews – the film focuses primarily on four universes while only teasing other more intriguing realities.

The most aggravating aspect of this film is that the tragic events of “Loki,” in which the multiverse was genuinely shattered, have no impact whatsoever. (What’s the point of these Disney+ TV series if there’s no payback in films if they’re supposed to exist in the same universe? Should we not spend time with them?)

In addition, the film mainly disregards the conclusion of the first “Doctor Strange” film, in which Baron Mordo (Chiwetel Ejiofor) vowed to use magic to destroy everyone. We only see a version of his character here, despite trailers leading fans to believe otherwise.

Except for Wanda, everyone appears to have a satisfying conclusion towards the end of the film. As said by a character early in the film, this does not seem fair.