Dead to Me Season 3 Review: What is Dead to Me’s Surprising Secret? 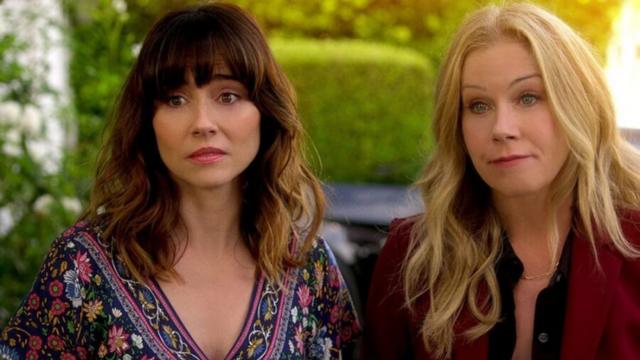 After an emotional season, Dead to Me has finally been completed on Netflix. The streaming companies revealed the series’ cancellation well before season 3 filming began.

Fans can take comfort in the idea that it was a creative decision made by the people behind the program, but they will miss watching our modern-day Thelma and Louise.

The film Dead to Me resurrected the dark comedy genre with panache and a cascade of ironies that brought together our central female stars. What began as a marriage of convenience to cover up literal “crimes against men” developed into a genuine, sincere friendship that remained true and strong until the very end.

In season 3, Jen and Judy’s legal concerns persist, but only their personal problems intensify. Steve’s body is discovered by a hiker and her dog in a national forest, causing the FBI to become involved. Glenn Moranis makes a return, albeit with less screen time.

Jen and Ben develop a romantic relationship, although, as they say, “it’s tricky.” Judy learns a horrific reality about her health, and these two factors are the primary focus of this season. The core inquiry into Steve’s murder is relegated to a secondary role, despite the writers’ best efforts.

Small amounts of progression are peppered throughout each episode. But make no mistake, this is an exclusive Jen & Judy program. This season’s ability to switch between drama and comedy is one of its most charming characteristics.

The execution elevates it several notches above its competitors. The blend is not employed for the sake of attempting something unique and trendy, but rather for a specific purpose.

The choice is natural and not intended to be humorously provocative. Likewise, the latter is never frivolous, preventing the characters and plot from becoming one-dimensional. This season’s cinematic universe resonates with a warm, lifelike quality, giving it a wonderfully hospitable air.

The rhythmic back-and-forth between the females gives Season 3 its heart. It truly sets the tone for future events. The chemistry between Christina Applegate and Linda Cardellini is extraordinary.

Those instances in which they begin conversing about unrelated topics, thereby making the scenario even more awkward, are pure gold. However, even in the most vulnerable moments, the authors masterfully exploit the characters’ fragility.

They bring the proper balance to one another and balance each other out in this regard. Bittersweet moments abound in the lovely friendship, much like the aftertaste of dark chocolate. This season, they support one another through their formidable obstacles.

The irony of these difficulties is that Jen and Judy lack the inherent qualities necessary to solve them on their own. In actuality, the other individual possesses the necessary skill set and temperament to manage the difficulties, thereby motivating really good teamwork.

Midway through the season, it becomes clear that the entire situation is a farce and that Jen and Judy’s destiny was determined the day they committed those acts.

They cannot continue to flee from their actions forever. The guilt will always be there, but it may take time for it to arise for different individuals. They are telling themselves a falsehood. Happiness can never be permanent for them from the moment they first experience it.

However, they do not hold this delusion. Jen and Judy make the most of the lulls in their schedules and take pleasure in spending time together.

Even after the core mystery has been explained and laid to rest, it is reconnected with Jen’s final remarks in the series, which are also the final lines of speech in season 3.

The morality scale is enticingly balanced in the middle, so avoiding viewers’ innate biases. Despite not being a priority for the season, Moranis and Nick, the show’s workhorses, kept the mystery alive while never losing the comedic element in their investigations.

These diligent NYPD officers will ensure that no crime ever occurs in the real world again. However, this is an illusion once more. No changes are made to the original structure of the show, which is filled with surprising plot twists and character growth.

A little too coddled, if nothing else. A disadvantage of season 3 is the imaginative presentation of the plot as opposed to a more realistic approach, like with Barry. It is not a deal-breaker, but it may be the final component that prevents it from being a streaming universe masterpiece. Nevertheless, Dead to Me season 3 is an enjoyable ride and concludes with a bang. Extra points are awarded to Applegate and Cardellini, who will be missed the most.

What is Dead to Me’s Surprising Secret?

In the finale, Judy (Linda Cardellini) is diagnosed with cancer. She acknowledges that she was unable to conceive children while having chemotherapy.

is the Conclusion of Dead to Me Suspenseful?

The series finale of Dead to Me concludes its three-season history of stunning turns with one final cliffhanger.

Judy, the Murderer in Dead to Me?

In the first season, viewers on Netflix saw Jen deal with the death of her husband Ted, form a connection with Judy, and eventually discover that Judy was responsible for Ted’s death in a car accident.

Does Jen Go to Jail Dead to Me?

Does Ben Get Caught For His Hit-And-Run With Jen? So much of Dead to Me centers on Jen and Judy’s various acts of deceit, but in season three, Ben’s deceptions are equally prevalent. Dead to Me has enabled Judy and Jen to evade capture and instead be subjected to torture within their own personal prisons.