Dead to Me Season 2 Review: What Happened at the End of Season 2 Dead to Me? 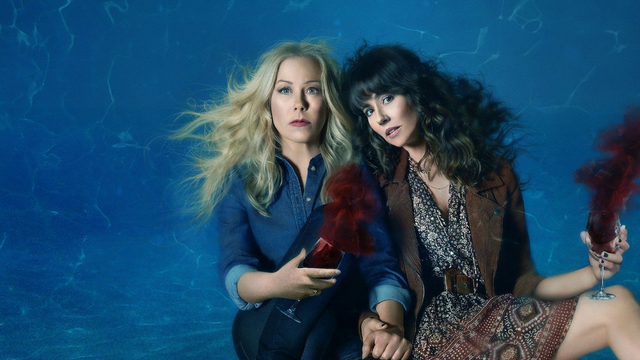 When Dead to Me launched on Netflix this spring, it appeared to be based on a single-season idea, like so many murder mysteries before it. The comedy-thriller starring Christina Applegate and Linda Cardellini was admittedly not a standard murder mystery.

All indications pointed to the eventual revelation that bohemian drifter Judy (Cardellini) befriended recent widow Jen (Applegate) through their grief support group because she had killed Jen’s spouse in a hit-and-run and felt dreadfully awful. The mystery was less about who committed the crime and more about how the lonely and irrationally enraged Jen would react to such a maddening betrayal.

The first season of Dead to Me was engrossing to watch due to its unashamedly raw edges while being mostly moulded by its clockwork cadence and predictable shocks. Feldman’s presentation filled in all the sad details of Jen’s likely doomed marriage: her husband’s adultery, their frequent disagreements, and, most compellingly, the aftermath of her double mastectomy (inspired by Applegate’s own experience with breast cancer and the treatment).

Judy had her own gender problems, including five miscarriages, an infertility diagnosis, and a failed engagement to the emotionally abusive Steve (James Marsden). All of this misery served as the backdrop for Jen’s grief-stricken wrath, a rather uncommon depiction of feminine complexity.

The second season of Dead to Me is intended to match the first. At the end of the first season, Jen “repaid the favour” by killing her friend’s (ex-)partner Steve.

She explains to Judy that the murder was committed in self-defence, as he attempted to strangle her prior to her shooting him. However, Jen embellishes the closing minutes of Steve’s life, and the genuine circumstances may repel Judy. Yes, you pretty much saw all of this last year.

The first season featured a role reversal between the two friends, with emotionally open Judy misleading cynical, hard-bitten Jen, which provided some suspense. It is not nearly as enjoyable to observe the manipulative Jen subtly manipulate the forgiving Judy. Unfortunately, this lack of urgency is a staple of the second season, which likewise lacks the savage ferocity of its predecessor.

In the season premiere, set the morning following Steve’s murder, Jen and Judy are not yet friends again. But it’s not long until Jen begs Judy, who’s living out of a car, to move back into her Laguna Beach estate, and the two argue, with Breaking Bad-like specificity, over the logistics of removing Steve’s body.

Judy receives a new love interest (played by an always-welcome presence), Jen receives a more manufactured one based purely on the authors’ ability to heighten her guilt, and the two continue to fail in their efforts to misdirect the police inquiry into Steve’s disappearance. Feldman and her team grossly misjudged what made their first season so captivating, judging by the hectic plotting and relative lack of character growth.

Late in the season, the case’s detective (Diana-Maria Riva) is fleshed out, but the weak storylines between Jen and Judy demonstrate how little effort the show has made to develop its universe in this instalment. Supporting characters such as Suzy Nakamura’s nosy neighbour, Max Jenkins’ Christian dance master, and Valerie Mahaffey’s ice-queen mother-in-law are rarely developed further, but Jen’s sons (Sam McCarthy and Luke Roessler) appear to have gotten over their father’s death overnight.

The second season of Dead to Me focuses on how Judy would respond when she discovers the truth about her ex-death. boyfriend’s Even when Jen and Judy get inebriated and start calling each other “their person,” there is never any real suspense as to whether their oddly forgiving friendship will last. Without their connection, there is no atonement and therefore no show.

As with so much of what precedes it, the season’s climax scene is expertly done but totally weightless, if not downright irritating in its heavy-handed irony. A knife can only be twisted so many times until even a wound becomes numb.

Former co-stars Christina Applegate and Linda Cardellini are now closest friends! While filming the Netflix comedy Dead to Me, the two actors became such good friends that they have an abundance of inside jokes. Cardellini disclosed one of them during her appearance on The Kelly Clarkson Show.

What Occurred at the End of the Second Season of Dead to Me?

The second season concludes with Ben receiving a mystery phone call that prompts him to drink and drive. He causes an accident in which Jen and Judy’s automobile is involved and then flees the scene before they recognise him.