Close Movie Review: What Happens at the End of Close? 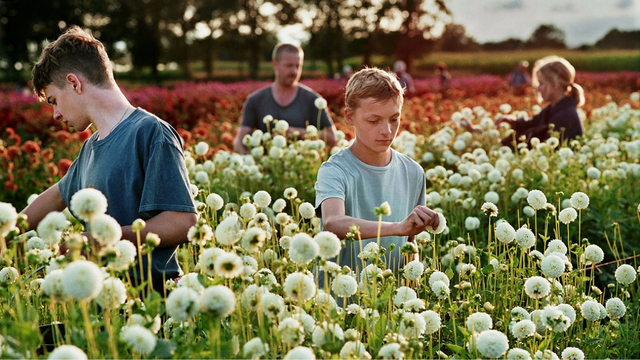 They spend all of their free time together, so it’s great news that they’ll be in the same class at school. But the way Léo and Rémi touch each other bothers the other kids in their class, who start to think that they are gay and in a relationship. In response, their pre-teen peers treat them badly.

For fear of more ridicule, the friendship that seemed unbreakable starts to fall apart. When Léo and Rémi stop being friends, it has terrible effects that change their relationship forever and make them question their ideas about what it means to be a man and what kind of love is socially acceptable. The result is that Léo and Rémi’s relationship changes.

The playfulness of Léo and Rémi’s friendship shows how young people’s minds work, as shown in the screenplay by Dhont and Angelo Tijssens.

They spend their summer days running through beautiful fields, having sleepovers, and making up games that use their imaginations. Close is about what teenagers hope and dream for in the future. Léo is always there for Rémi when he plays the flute, and he imagines a life in which he manages his friend’s music career.

On their first day of school, Léo and Rémi lose their childlike wonder. Some of the most important changes happen in a person’s pre-teen years, and Dhont’s sophomore album is no exception.

The two boys start getting made fun of for touching each other, which they think is normal until their friends tell them otherwise. Homophobia is something you learn, not something you are born with.

This gives Léo a feeling of insecurity that keeps growing. He struggles with what it means to be a man in different ways than Rémi does. This makes a split in their friendship that keeps getting bigger.

ALSO CHECK: The Blacklist Season 9 Review: Who Killed Elizabeth Keen in Season 9 of the Blacklist?

The close tells a story about a loss of innocence that can never be gotten back. Léo’s sudden change in behavior includes the fact that he is no longer as happy as he used to be. When he was with Rémi, he stopped being creative. Words have a lot of power, and the judgments they carry with them can destroy a friendship.

Dhont takes the viewer to familiar places, but they aren’t as beautiful as they used to be. The way Dhont and Tijssens’ screenplay deals with the loss of youth and innocence is very sad.

The beautiful work of cinematographer Frank van den Eeden gives the movie Close a delicate warmth. Its colors are bright, especially the yellows and reds that stand out.

Close-ups are used well to create a sense of closeness, not just between Léo and Rémi but also between the audience and the story. This is also shown by the sad music by Valentin Hadjadj and Dhont’s use of silence which quickly gets loud.

Close has a certain breathy quality to it. Rémi’s use of a wind instrument and Léo’s way of helping his friend fall asleep by talking softly and blowing air on him are both examples of the motif. Before some scary truths come out, Dhont’s movie builds a world that feels as light and delicate as air.

Léo is played by Dambrine, and Rémi is played by De Waele. They give their characters’ friendships and the life-changing discoveries they make along the way a real feel. Unfortunately, Dhont doesn’t try anything new.

He uses the dark subject matter of the movie as a plot device, which makes the movie less powerful. Even though it’s not exploited, the second half of this story loses a lot of what made the first half so powerful.

Dhont asks what it means to be close and how the hard things in life change that closeness.

His examination of these questions and how adolescent masculinity affects male friendships is interesting, but he puts them on the back burner in favor of emotional jabs that don’t feel earned. Close starts off with strong emotions and a fascinating theme, but when it turns into a manipulative tearjerker, it loses a lot of its authenticity.