Broker Movie Review: It is a Wonderful Blend of Heartwarming Comedy and Soul-searching Drama 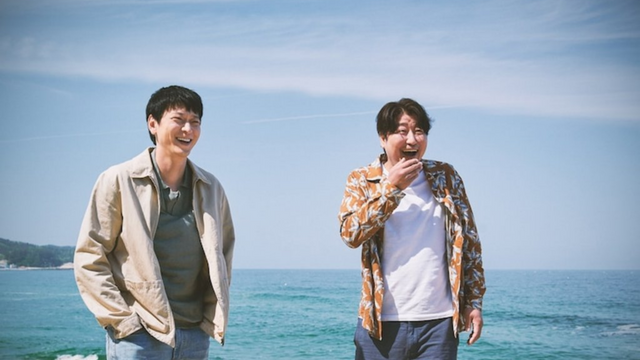 There are locations with boxes where unwanted infants can be dropped off discreetly. So-young (Lee Ji-Eun) puts her infant son Woo-sung at one of these “baby boxes” without realizing that there are eyes observing her. Su-jin (Doona Bae) and Lee (Lee Joo-young) are on the hunt for illicit baby brokers operating out of a church, but they must catch them in the act.

Dong-soo (Gang Dong-won), who works part-time at the church, and Sang-Hyeon (Song Kang-ho), who has a laundry company, are introduced by the broker.

They are both cash-strapped, so they exploit this chance to place unwanted children with loving families in exchange for money. However, they are now being pursued by two detectives who intend to put them behind bars and put an end to their baby-brokering racket for good.

Initially, Kore-eda generates tension from all directions. So-young leaves a message with her infant, stating that she will return for him, but Dong-soo and Sang-Hyeon explain that many parents leave similar notes and never return.

They both pass judgment on So-young without understanding her or her difficulties, which is exacerbated by the investigators’ preconceived notions of the brokers and mother.

Broker presents a superiority chain in which each person believes they are more knowledgeable than those they regard to be inferior. Kore-eda constantly manipulates assumptions established from uneducated, voyeuristic viewpoints to create an interesting moral chain.

So-young surprises Dong-soo and Sang-Hyeon when, in exchange for money, she joins forces with them to locate suitable parents for Woo-sung. The initial act of Broker is straightforward, but it soon becomes unorthodox.

Throughout their voyage, the gang unites through their own childhood memories and their ambitions for the future, revealing some of their darkest past secrets. However, it is not long until their darkest demons seek vengeance against them, leaving them with only each other for support.

Broker has an intricate plot, but Kore-eda never allows it to consume his characters. Instead, he emphasizes their journey and gives each character agency inside the narrative.

Each of these characters is merely attempting to navigate life, but they gradually discover what forgiveness is and how to provide it to others, as well as to themselves.

Broker bears a few conceptual similarities with Shoplifters, but it is unquestionably its own film. Kore-eda once again illustrates why he is a crucial voice in the world cinema conversation of this time, as he demonstrates an uncanny ability to create characters that feel incredibly genuine to the touch.

Throughout the two-hour length, though, he becomes a bit too narratively ambitious with the investigators, resulting in a swelling effect near the close of the second act.

Kore-eda is equally talented behind the camera, delivering stunning visuals to the screen. Cinematographer Hong Kyung-pyo imbues the film with grace, especially at the film’s most genuine moments, which are beautiful rainy views.

The performances are consistent from one actor to the next, but Ji-eun Lee’s So-young stands out for his honesty which is both profound and nuanced.

The basis of Kore-screenplay eda’s is a soul-searching drama with something to say about family and judgment, but he deftly balances it with constantly effective, heartwarming comedy. Broker is a remarkable character study with an inexhaustible amount of sentimentality.