Breeders Season 3 Review: Why Are People Against Breeders? 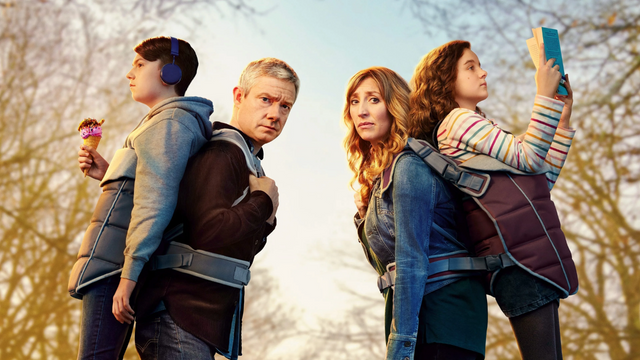 I’m still unsure how to interpret Breeders (Sky One). Its distant ancestor is the typical family sitcom, yet it is unsettling and contains societal satire that is cutting. It will amuse, but never make you laugh out loud. It is intriguing but not engaging. The prose is crisp and clever, sarcastic and satirical, yet the dialogue lacks believability despite the nicely crafted wisecracks and zingers.

The creators, who are back for a second run of this anomaly, deserve praise for their creativity, but I’m not sure what “genre” it belongs to. Not to fret, however. Martin Freeman (who is also the protagonist), Chris Addison, and Simon Blackwell are like three crazed scientists let loose in television laboratories.

The outcome is comparable to Motherland but darker and angry. An abundance of rage. More rage than if you had to tell Priti Patel her immigration strategy was ineffective or Jeremy Clarkson to make do with cold chicken for supper. This type of rage.

Therefore, the “Breeders” are indeed nurturing anger. Anger exists between the “breeding” parents, Paul (Martin Freeman) and Aly (Daisy Haggard), a couple of professionals living in a duplex flat in what appears to be a busy area of London, leading an uncomfortably comfortable existence.

They are alternately angry with their children, Ava (Eve Prenelle), who is roughly 11 years old, and Luke (Alex Eastwood), who is approaching his 13th birthday and is therefore on the verge of entering an even angrier period of his maturation.

Paul and Aly curse at Luke because he occasionally forgets to pick up his younger sister from school, and despite his lack of responsibility, he desires a new mobile phone.

So Paul keeps getting irritated. He gets angry with a series of therapists who fail to free him of his anger, since he believes anger is acceptable and a natural response for anyone who desires “a sense of fairness and order and decency I believe we all require, and I’m not willing to give it up.”

As with most of Freeman’s characters, he is passive-aggressive and profoundly unlikeable, but there is something of the everyman about him that is somewhat redeeming.

Eventually, everyone regains their composure. Luke receives his phone, Ava receives Luke’s old phone, they all have a birthday celebration and a spaghetti dinner, and everyone, especially the viewer, is left wondering what happened. However, I am somewhere between amused and bemused as I attempt to comprehend this new type of humor.