Bloodline Ending Explain: What is the Big Family Secret in Bloodline? 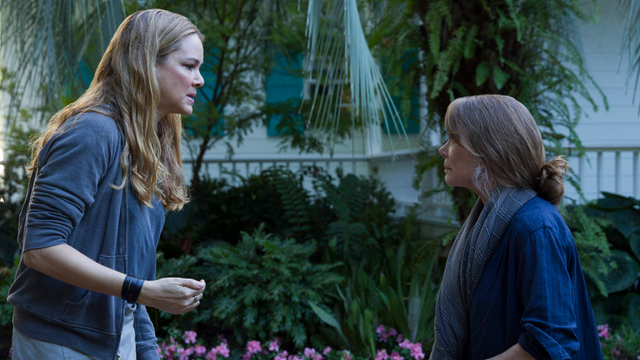 The drama series Bloodline, which premiered on Netflix on February 9, 2015, was a major success. The cast included Oscar nominee Sam Shepard and Oscar winner Sissy Spacek as Robert and Sally Rayburn, respectively, of the Rayburn family.

Bloodline follows the Rayburn family as Danny, the family’s black sheep returns home and begins to cause havoc for everyone. Bloodline gradually reveals the intricate familial bonds of love and shame that have deteriorated over the years.

Many hold Danny responsible for the death of Sarah Rayburn, the fifth sibling, who drowned in an accident years ago.

The majority of the series is recounted from John’s point of view, who acts as the leader of his siblings and makes many decisions for the family.

Bloodline aired three seasons on Netflix, concluding in 2017. Mendelsohn was nominated for three Emmys and one Golden Globe for his performance, winning an Emmy in 2016, whilst Chandler was nominated for two Emmys for his portrayal of John. Unfortunately for fans, Netflix discontinued the series after the third season, and the remaining ten episodes concluded the Rayburn family saga.

What Happened at the End of Bloodline — Explained

Throughout the first season, Danny causes numerous issues for his siblings and parents, as John and his father attempt to persuade him to leave once more. Then Robert dies, and the situation worsens as Danny involves John, Kevin, and Meg in his drug smuggling.

John makes a snap judgment and drowns Danny in the heat of the moment. Sure, that solves the present issue, but it produces a slew of other problems, the most significant of which is John’s morals, as he and his siblings are quickly eager to do whatever to conceal the crime from everyone, even their mother.

In the third season, John, Kevin, and Meg have more and more blood on their hands. Are the Rayburns horrible individuals? According to John, “We’re not evil people, but we did a bad thing,” but that’s debatable at this point.

Even Sally, who appears relatively innocent over the course of Bloodline, is not exempt from blame and wrongdoing. Meg leaves Florida at the conclusion of the third season, traveling across the nation and changing her name, while Kevin is on his way to prison.

In the meanwhile, John may finally reveal the truth about Danny’s death, but after everything that has transpired, people either assume he is insane and don’t believe him, or they simply don’t care.

As the water level rises and the inn is set to literally tumble into the ocean, the Rayburn family is engulfed by the peculiar darkness of their coastal community. Though they may not face legal penalties for their acts, the Rayburns, with the exception of Meg, who escapes, all suffer moral and psychological repercussions as a result of their poor decisions.

What happened after the final episode of Bloodline fades to black is one of the show’s most pressing mysteries. John approaches Nolan (Owen Teague), Danny’s son, who has come to the family seeking information about his father’s death.

John approaches Nolan on the pier behind the inn, perhaps intending to tell him the truth. John has glimpses of Danny in the final episodes while he analyses the best course of action. Even in this final scene, John appears to debate whether it is preferable for Nolan to know the truth or to keep his innocence. What does John say then? We simply do not know.

The episode finishes just as John prepares to speak. According to Todd A. Kessler, co-creator of Bloodline, “The purpose of this conclusion is for the audience to continue up where it left off. It is not intended to be coy.

However, we are not responding.” Kessler explained to The Hollywood Reporter that they wanted the audience to know that “these characters and their search for meaning and identity continues and is not something that is resolved,” so that viewers can speculate about what may come next for John, Nolan, and the others.

Although fans would want to believe that John has now come to his senses and will tell Nolan the truth, it is also likely that he will revert to the Rayburn family’s habit of withholding information.

Considering everything that occurs in Bloodline, it is evident that the family is not above deceiving one another.

According to Kessler, the closing scene of the episode features John, “the moral heart of the series,” examining the next generation and determining whether or not he can alter the course of this family. What do you believe he will decide?

Despite the widespread view that Bloodline’s first season is the greatest, the program maintained a large fan base during seasons two and three, and a large number of people wished for a fourth season.

When Netflix renewed Bloodline for a third season in 2016, it was also stated that it would be the final season, and there are a number of plausible explanations for the streaming service’s choice.

The first and most obvious is that viewers’ interest in Bloodline was waning. After the death of Danny at the end of the first season, the remaining plot was limited.

In comparison to the first season’s score of 81% on Rotten Tomatoes, seasons 2 and 3 received a score of 53%, which is not terrible but is technically classified as “Rotten.” The audience rating for season 3 was the lowest of the series.

Money is the second reason for the cancellation. The first two seasons of Bloodline were allowed to take advantage of Florida’s tax incentive schemes because they were filmed on location in the Florida Keys.

The initiative expired in 2016, making the production of the Netflix series significantly more expensive (via The Hollywood Reporter).

Without financial incentives, a large fan following, or prizes to legitimize its existence, Bloodline was inevitably canceled. At least Netflix gave the series advance notice that it would not be returning, allowing season 3’s story to be planned with an ending in mind.