Batwoman Season 2 Review: Is Season 2 of Batwoman Better Than Season 1? 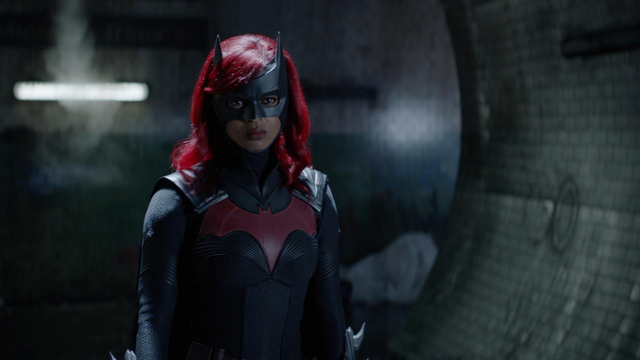 At the beginning of season 2, “Batwoman” did not have a lot of appealing options. Not only did the CW series lose its star when Ruby Rose opted to quit, but the entire first season was also unable to be filmed due to the coronavirus outbreak that halted production in the spring of last year.

Even though the most recent episode (“O Mouse!”) ended on a moderately fascinating cliffhanger, it did not have nearly enough time or foresight to wrap up all that needed to be wrapped before moving on to another character’s story.

In this regard, the second season opener has a number of exceedingly difficult narrative tasks to perform.

“Whatever Happened to Kate Kane?” must explain the absence of Rose’s Kate Kane, and deal with the fact that her psychotic sister Alice (Rachel Skarsten) has outfitted one of her goons with Bruce Wayne’s face (performed by Warren Christie in this disguise), and, most importantly, pass the Batwoman torch from Kate to Ryan (Javicia Leslie), who will be wearing the Batsuit until further notice.

Any one of these plotlines might have powered an entire episode on its own, but the exceptional circumstances that have taken the program to this point require that they all occur concurrently. The outcome is untidy, which was perhaps inevitable, but it is also unsatisfying, which was considerably more avoidable.

The immediate aftermath of Kate Kane’s disappearance transpires as anticipated. Kate’s coworkers in vigilante justice, Luke Fox (Campus Johnson) and Mary (Nicole Kang), are stunned. Her father, a police captain (Dougray Scott) who has declared war on Batwoman, is lost and in denial.

Her ex-girlfriend Sophie (Meagan Tandy) is so heartbroken that her new love interest Julia Pennyworth (Christina Wolfe) begins to inquire. Alice, however, spends her waking hours fiercely scuttling through the sewers in elaborate mourning attire and plotting vengeance against whatever stole her opportunity to kill Kate on her own terms.

Skarsten is as dedicated as ever to making Alice the show’s insane version of the Joker, but her twitchy brand of villainy is even more irritating when Kate, her apparent contrast and favorite target, is absent.

At one point, she responds to the inquiry “why are you doing this?” with “no reason at all, because reason is irrelevant!” Chaos for the sake of chaos is not uncharted territory for a villain, but for a serialized drama in which she will probably remain the primary antagonist, it is neither tenable nor compelling.

In spite of this, the first two episodes are not about Alice, as Alice herself appears to recognize in her intermittent fits of rage.

In reality, the most significant issue (as Alice would likely agree) is that they’re mostly focused on Kate, despite allegedly laying the stage for her successor.

We meet Ryan for the first time as she sleeps in her van, which we quickly discover became her home after she was falsely accused of drug dealing and her adoptive mother was murdered.

She is not Kate Kane, whose wealth supported and shielded her during her tenure as Batwoman, as she and the program frequently remind viewers. With so much else going on in the program, the first two episodes of Leslie’s season hardly have time to develop Ryan in depth, let alone allow Leslie to deliver a convincing performance.

We learn incidentally that she, like Kate, is homosexual and has substantial martial arts training, so avoiding any first awkward fight attempts. And since she has no one in her life but a plant to converse with, we can only learn about her life through her own flashbacks and awkward exposition from other characters using Google.

Occasionally, she gets to joke at the bad guys in a manner more reminiscent of Spider-Man than Kate Kane, but it’s not long until the show’s established mythology intervenes and engulfs her again.

And although it’s crucial to the plot that Ryan must literally hit the ground running as Gotham’s new Batwoman, it’s distressing how quickly the program presents her discovery of the suit, its abilities, and her feelings about it all.

With so little time to dedicate to Ryan’s introduction, “Batwoman” takes a number of blatantly obvious shortcuts. After witnessing a flashback in which she is brutally abused, for example, she looks at herself in the Batsuit and proclaims, “It’s time to be powerful!” When Mary asks her why she believes she is “worthy” of becoming Batwoman, Ryan gives a speech on how she is not “a symbol, a name, or a lineage” in response.

It should be an inspirational moment, and it almost is when Ryan points out that, unlike Kate, her life has equipped her to comprehend how Gotham’s criminal underbelly flourishes.

The second justification she provides is that she is “a number,” citing her inmate intake number and the fact that she was “the 327th baby of a Black woman who died in delivery that year” Given adequate breathing room, this information could produce intriguing character moments.

Without it, it feels as though the program is simply checking off boxes to prove why Ryan is A Different Kind of Batwoman before launching into another ridiculous plot twist that does not do her character any favors.

Ryan will have a much longer journey this season, while Leslie will hopefully get to explore more facets of her character beyond her foundational traumas. If not, though, her Batwoman might be relegated to the periphery of Kate Kane’s plot.

The CW will air the second season of “Batwoman” on January 18. Currently, the first season may be streamed on The CW and HBO Max.