Barbarian Ending Explained: Who Was Carrying the Head at the End of Barbarians? 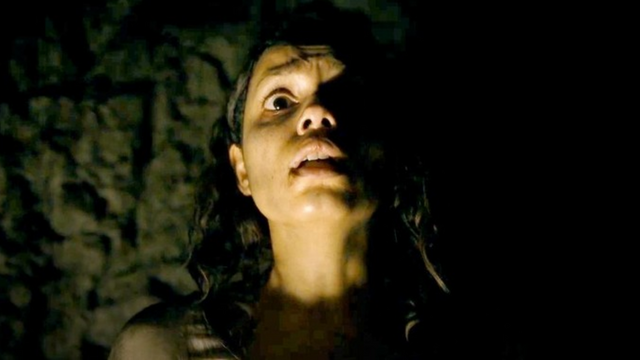 Barbarian may very well be the Internet’s next spectacular but fleeting love affair. Since its introduction on OTT platforms, the buzz has been out of control.

People have called it one of the scariest films of the year, and at its foundation, it is a tragic story of loss, torture, and unfathomable suffering. Well, I’m labeling it the latter, although the consensus remains intact on the former.

The director and screenwriter, Zach Cregger, has created an engrossing story with nuanced social concerns, an homage to vintage horror films, and first-rate entertainment that hooks the audience.

One would even call it a “suburban nightmare,” because the area itself has become a hated place. There were many lingering concerns after the initial watching, so we rewatched the film to clear up any remaining uncertainties regarding the plot. Be sure to watch the film before reading this page, as it contains numerous spoilers. Best wishes while reading.

Who is The Mother?

The Mother is not a demonic creature, it turns out. Yes, she looks and acts like one, but she is really a distraught mother who wants her child back. The absence of specificity regarding her illness permits reasonable inferences based on the available evidence.

The Mother is one of Frank’s daughters, or possibly even his grandchild, born from incest. We do not exactly know how long Frank continued to impregnate women, therefore it is possible that she was his sexual partner.

We do know that she was afraid to enter Frank’s chamber, despite his immobility and advanced age. You can picture the psychological anguish she must have thought to be so terrified.

It is essential to note that Cregger attempts to humanize her in the final scene, and she earns our sympathy as a result.

It is possible that The Mother miscarried or lost her child. This opinion is based on her desire for Tess and AJ to “act like her babies.” She even provides them with milk. And when AJ refuses to drink it, she takes him to the television room and attempts to nurse him against his will.

This psychological degeneration transformed her into the “monster” we recognize today. And because she lived her entire life in such rugged terrain, she also developed this incredible athletic capacity over time.

Why Did the Mother Murder Aj but Spare Tess?

AJ is murdered by the Mother because he is not her child. However, this is only a portion of the truth. Perhaps the true reason is that she saw him shove Tess out of the swimming tank and attempt to harm “her baby.” When she was imprisoned in the dungeon’s underground cage, she regarded Tess as her child. She quickly developed feelings for Tess, who played the role admirably.

Perhaps The Mother was also able to perceive the fundamental kindness within Tess’s heart. This, though, is unlikely. The most persuasive and tangible argument appears to be that The Mother viewed Tess as her own child.

She was born in the dungeon and had no contact with the outside world; the only thing she ever saw was a videotape on maternity. Her conception of human connection is restricted to that between a mother and a kid. That was all she ever sought, in her own horrifying manner.

She was not bereft of generosity and the sentiment of love, despite her emotional and social restrictions. While tending to Tess’s wounds, she displayed genuine concern and compassion. In some ways, she was also a victim, despite the fact that she unknowingly inflicted such suffering on others.

What Was on the Barbarian Tapes?

He used to kidnap young women with no apparent family or children, hold them as hostages, and, as revealed by the multiple cassettes that AJ discovers in Frank’s room, abuse them while recording the proceedings.

Who Was the Villain in the Film Barbarian?

Frank (Richard Brake), the previous owner of the home, is revealed to be the titular barbarian and the most horrific creature in the picture. Frank is a serial killer and a rapist who has been kidnapping and imprisoning women in that filthy basement room for decades.

Who Carried the Head at the End of Barbarians?

Suggested changes identities yet again and is the one to remove Varus’s head, holding it aloft for all to see as they declare triumph. Following the battle, Thusnelda affirms that Ari is their king, despite his knowledge that Folkwin was still alive the entire time.