A Star Without a Star Review: What Happen at the End of the Story? 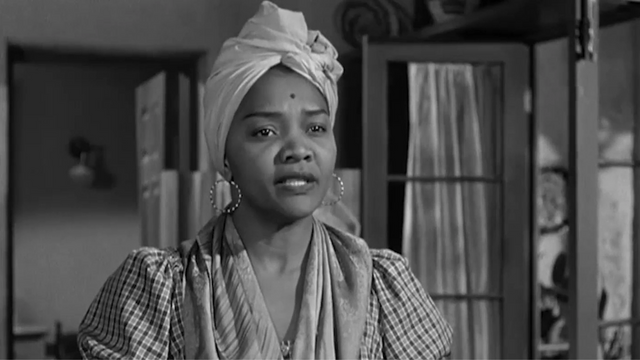 The documentary “A Star Without a Star: The Untold Juanita Moore Story” by Kirk E. Kelleykahn argues that Moore, the director’s grandmother and an Oscar nominee whose career spanned eight decades, deserves a star on the Hollywood Walk of Fame.

This 19-year labor of love features the insights and testimonies of actors who passed away before the film’s completion, including Sidney Poitier and Louise Fletcher. The documentary presents a very compelling case for Moore’s accomplishments, despite the film’s structure briefly wandering in its final phases.

Currently, films such as “Hidden Figures” and “The Woman King” have expanded the range of movie roles available to black actors and actresses. But “A Star Without a Star” is set in a different Hollywood, where roles for African-American female actresses were primarily relegated to chorus girls and mothers.

The film juxtaposes examples of Hollywood’s overtly racist past with the national mood of the day — civil rights protests including the March on Washington in the 1960s, Charlottesville, and TV coverage of the George Floyd murder today — slyly implying that despite the progress made since those early days, there is still much work to be done.

Moore was a child when her family migrated from the South to Los Angeles during the Great Migration following World War I. She moved to New York in the 1930s and became a chorus girl at the Cotton Club during the Harlem Renaissance, after being inspired by the Lafayette Players, a touring troupe of Black singers. In 1935, at the age of 21, she traveled to Europe to perform at the London Palladium and the Moulin Rouge. Her high-kicking dancing made her a sensation in Paris, and she recalls the city as “the one place where I felt like a human being.

However, Moore missed her American friends and family. She returned to Los Angeles and danced at the Cotton Club in Culver City while getting uncredited roles as a dancer in Hollywood. By 1937, she had obtained her SAG membership, becoming one of the first African-American performers to join the guild.

She attended the Actors Lab in Los Angeles alongside James Dean and Marilyn Monroe, but the organization was forced to split in the late 1940s after being accused of having communist affiliations by Sen.

Moore nevertheless continued to act. In the 1959 adaptation of “Imitation of Life” directed by Douglas Sirk, she co-starred with Lana Turner as a maid whose light-skinned daughter disowns her and attempts to pass as white.

Annie by Moore depicts an array of feelings that converge around love. The film was Universal’s biggest hit at the time, and Moore was nominated for an Academy Award for his performance.

Fletcher, who co-starred with Moore in the 1988 film “Two Moon Junction,” remarked, “Her performance is really rich.”

Moore believed that the attention would lead to more opportunities, but two years passed and the parts remained the same. She states, “There were other parts available, but for a time I refused to accept them.”

Then I knew nothing was going to occur, so I returned to my old routine. In her subsequent two flicks, she played maids. Poitier, who describes Moore’s talents as “amazing,” contextualizes the humiliating task by emphasizing that performers “had to feed, they had to live, they had to exist.”

Later, Moore became interested in community theatre and co-founded the Cambridge Players in Los Angeles. James Baldwin received $75 from her friend Marlon Brando in the 1950s to compose “The Amen Corner,” which was one of their performances.

Moore, who passed away in 2014 at the age of 99, submitted his application for placement on the Walk of Fame in 1998 and has been posthumously nominated annually since 2019.

The documentary notes that Black talent accounts for only 5% of the current stars on the Walk, and it includes an interview with an anonymous representative of the Hollywood Chamber of Commerce, which oversees the Walk of Fame, outlining the criteria for inclusion: not only fame but also a strong list of film credits (here, the documentary scrolls through her more than 70, the most recent of which was in 2001) and community involvement.

According to WABC-TV, Moore will receive her star the following year, which makes “A Star Without a Star” a monument to persistence, passion, and persuasion.