A Man of Action Netflix Movie Review: What Happened at the End of the Story? 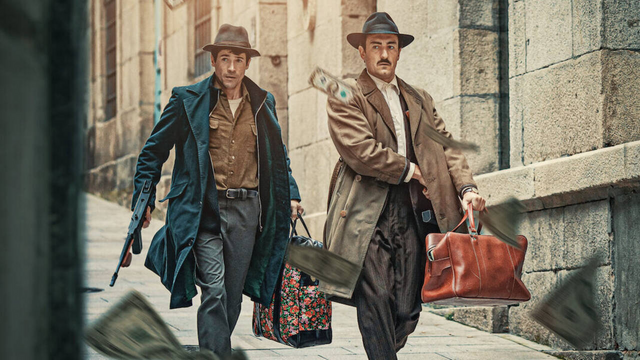 In 2002, Steven Spielberg released Catch Me If You Can, a film about Frank Abagnale, an expert forger who outwitted the United States government. With a funny tone, likable characters, and a decent premise, the film is still enjoyable to watch.

Since then (and prior to that, to be fair), a number of dramas and films have been created depicting cat-and-mouse games between authorities and rebels, the typical Robin Hood tale of robbing the wealthy and giving to the needy.

It is evident from this distinguished history that any film seeking to utilize a similar premise will have a stiff uphill battle. This is especially true in the Spanish film A Man Of Action, which is currently available on Netflix.

The film examines the life of the mysterious Spanish anarchist Lucio Urtubia, who orchestrated a notorious counterfeiting enterprise in Paris. With the distribution of counterfeit Traveler’s Cheques, America’s largest bank, City Bank, set its sights on Lucio and attempted to bring him down.

Before any of this occurs, however, the film devotes much time to presenting Lucio and his past, beginning in the 1940s with Lucio’s upbringing and the reasons why he despises the system. After his father’s death, Lucio is introduced to Quico, a charming anarchist who teaches him the tactics of the trade and imparts a vital piece of advice: never trust a stranger.

The majority of the film moves at a really rapid pace, which is bad for the characters. While Lucio is dependably captivating and watchable, the other characters feel a bit incomplete and underdeveloped. Anne is not given much time in the spotlight, which is sad because it would have been interesting to witness her reaction to everything happening without Lucio present.

Aesthetically, everything here is rather pleasing, and the Paris photographs are an especially pleasant touch. The costumes and conversation are captivating and believable, and the soundtrack fits the film’s intended tone perfectly.

A Man Of Action is not a particularly challenging or complicated biography, and its presentation is fairly straightforward. However, there’s a lot to admire about this film, and the quick pace and frantic time jump to give it much-needed impetus. This is an acceptable method to kill a few hours despite its shortcomings.