A Man of Action Ending Explained: Who is Tony Greco and Who Wants to Kill Lucio? 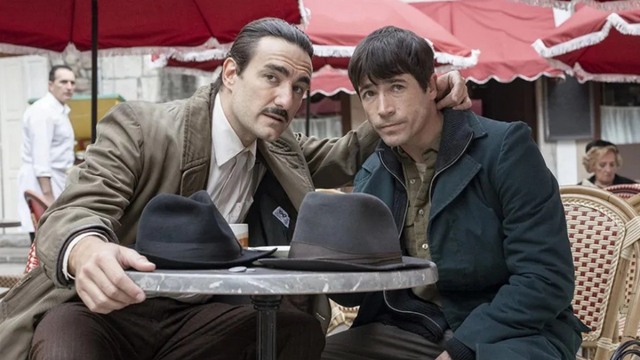 A Man of Action is a famous biopic that takes too many liberties with its underlying material. The result is a film that depicts a sequence of extremely grave scenarios but never feels in any way threatening.

There is nothing negative about being a safe film, but it contrasts sharply with the protagonist’s goals, which are anything but safe.

A Man of Action concludes with an entertaining little adventure that serves to pass the time admirably. It may not be the most memorable film ever made, but it totally entertains.

A Man Of Action Plot

The film examines the life of the mysterious Spanish anarchist Lucio Urtubia, who orchestrated a notorious counterfeiting enterprise in Paris.

With the distribution of counterfeit Traveler’s Cheques, America’s largest bank, City Bank, set its sights on Lucio and attempted to bring him down.

Before any of this occurs, however, the film devotes much time to presenting Lucio and his past, beginning in the 1940s with Lucio’s upbringing and the reasons why he despises the system.

After his father’s death, Lucio is introduced to Quico, a charming anarchist who teaches him the tactics of the trade and imparts a vital piece of advice: never trust a stranger.

What is Lucio’s Plan?

After successfully duping the Teller, Lucio has ambitious plans to wreak havoc on the banks. The squad decides that each member will simultaneously attack a separate bank at noon.

Thus, when the Tellers are verifying the serial numbers, they will be unaware of any anomalies.

When the checks eventually reach headquarters and they discover they’ve been fooled, it will be too late, as Lucio and the anarchists will have already fled with the funds, giving them to those who need it most. If all goes well, they can repeat the process every month.

After the plan’s completion, Mr. Barrow is dispatched to Paris by City Bank to resolve the situation, where he is interrogated by Inspector Costello, who immediately suspects Lucio of being the culprit.

Costello is given a tail, while Anne, Lucio’s girlfriend, encourages her husband to think of their daughter, Juliette, before doing anything foolish. Ultimately, if he commits a mistake, he will be imprisoned.

Everyone abandons Lucio’s larger scheme to transfer over one million traveler’s checks as too hazardous. Lucio refuses, sheds the tail Costello implanted on him, and prepares for the major assignment. During his meeting with Tony Greco, Lucio forgets the most important lesson Quico taught him: never trust a stranger.

A Man of Action Ending Explain?

Lucio is reunited with Anne and Juliette in Bolivia, where he spends the remainder of his days. No one knows how much money Lucio requested from City Bank in order to thwart the anarchist cause, and we probably never will.

Anne and Lucio ended their relationship prior to his death on July 18, 2020, but remained close friends until his death.