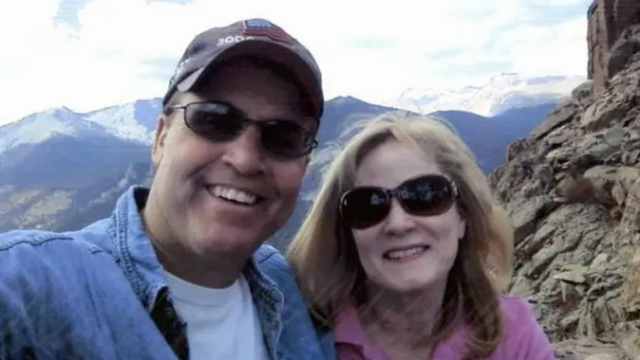 Harold Henthorn, the murderer, was coldly deliberate and crafty. His conviction for the murder of his second wife, Toni Bertolet, was based on evidence showing he murdered his first wife, Sandra ‘Lynn’ Henthorn. Initially, they believed Sandra’s death was an accident, but when Harold employed the same strategy with Toni, they realized he was a callous opportunist.

Henthorn murdered his wives so he could collect on their insurance policies. The estimated amount of Toni’s life insurance payout was $4.7 million, and he had already received $500,000 from Lynn’s estate.

Unfortunately for Harold, the prosecution was able to convince the jury of his guilt, therefore he will not be allowed to keep the money. A judge issued a sentence of life in prison without the possibility of parole.

Where is Killer Harold Henthorn Now?

Terre Haute, Indiana is the location of the federal prison where Harold is serving time. Almost certainly, he will spend the remainder of his life in federal prison.

While Henthorn appealed his conviction to the Supreme Court of the United States, the Court finally opted not to consider his case. The jury was informed that Henthorn’s first wife also died under suspicious circumstances and that he was the only witness to her death, despite circumstantial evidence pointing to his culpability.

After an unsuccessful appeal to the Supreme Court, Henthorn attempted to overturn his conviction on the grounds that his longtime defense attorney, Craig L. Truman, failed to adequately prepare the case.

Why Does Harold Desire a New Trial?

Harold asserted that his attorney had failed him and requested a new trial. He stated that he paid attorney Craig Truman over $1 million, but claimed Truman “acted in his own self-interest and put his personal financial benefit ahead of presenting a strong defense for me.”

Henthorn asserted that Truman was a con artist attempting to defraud him. Harold added that Truman did not allow him to weigh in on the defense policy. Then, Henthorn made the subsequent claims

“He was not working on my behalf and intentionally mislead me for his own financial benefit.” To be defended in a murder trial by someone who is dishonest or misleading for personal gain is neither right nor just. Therefore, I am asking a retrial with ethical legal representation.”

Harold has exhausted all of his appeals and is down to his last opportunity, which is why he has submitted this application.

What Statements Did the Family Members Make?

At Harold’s sentencing, the relatives of Toni and Lynn delivered heartbreaking impact statements. Kevin Richell, brother of Lynn, acknowledged to Toni’s family that Harold had deceived them, and he felt awful about it. “We deeply regret not seeing through it,” Richell stated. I believe hell has a specific place for someone like him.

Barbara Cashman, Haley’s ad litem guardian, indicated that Haley feared she might resemble her father. Barbara said, “I believe she was at risk of major emotional harm.” She praised God, saying that Haley had matured after spending time apart from her father. She further said that Haley no longer regards Harold as her father.

Haley has been permitted to mourn her mother without Harold Henthorn’s insistence that everything is alright. This Halloween, she went trick-or-treating for the first time. Haley no longer refers to Harold as her father, but rather as Mr. Henthorn.