Where is Gabe Watson Right Now? What He Did During Their Honeymoon? 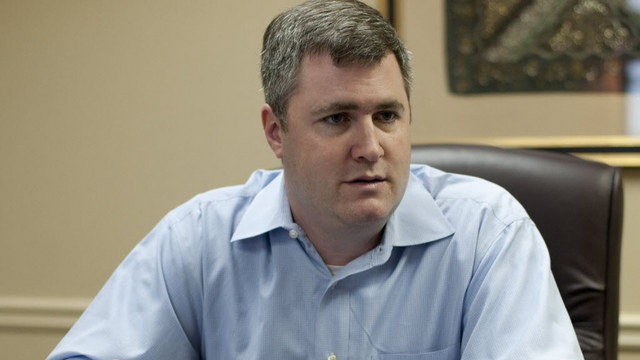 Gabe Watson is an American who was initially charged with murdering his wife, Tina Watson, during their honeymoon in Queensland.

Tina, a 26-year-old American from Helena, Alabama, died while scuba diving in Queensland, Australia, on October 22, 2003.

She and her new husband, Gabe Watson, were on their honeymoon. Gabe pled guilty to manslaughter and received a jail sentence.

At approximately 10:30 a.m. on October 22, 2003, on an excursion from the dive boat Spoilsport to the site of Yongala, Tina lost consciousness and sunk 30 meters below the surface of the ocean just two minutes prior to beginning the dive.

Gabe asserted that the currents were greater than anticipated and that he responded to his wife’s signal to return to the dive rope, where he observed an expression of concern on her face before she accidentally knocked off his mask and air regulator.

When Gabe regained his vision, Tina was sinking too swiftly for him to retrieve her, so he hurriedly surfaced to get assistance.

Gabe also indicated that an ear condition stopped him from diving deeper to assist her and that he had had no training as a rescue diver on “how to get a distressed individual to the surface.”

Other adjacent divers, including Dr. Stanley Stutz, witnessed Gabe engage in an underwater “bear hug” with a “flailing” Tina, following which Gabe ascended to the surface as Tina descended to the ocean floor.

Gary Stempler accidentally captured Tina in the backdrop of a photo he took of his wife, which included Tina in the foreground. The photograph depicted her laying face-up on the ocean floor, which was not revealed until a few weeks later when the images were developed.

Gabe boarded the Spoilsport and informed diving instructor Wade Singleton, who hauled Tina to the surface after she had been down for ten minutes.

She was then transferred to the neighboring diving boat Jazz II, where a doctor attempted to revive her for forty minutes while Gabw stayed on the Spoilsport, but was unsuccessful.

Evidence produced at trial included Gabe’s conflicting recollections of the events of that day, the couple’s (or lack of) diving experience, and his wife’s life insurance. While Gabe was completing his sentence in Australia, police in Alabama signaled their willingness to subsequently charge him with murder.

Gabe was deported to Alabama with the condition that he would not face the death penalty if convicted of murder. The defendant was later put on trial, however, on February 23, 2012, judge Tommy Nail dismissed the murder charge for lack of evidence.

Where is Gabe Watson Right Now?

After the discovery of Tina’s death near Townsville, Queensland, he was initially charged with murder in Australia. However, Gabe pled guilty to a lesser manslaughter charge.

Three of the four years of his prison sentence were suspended. The Queensland attorney general challenged the sentence, and the court agreed to increase Watson’s minimum sentence from 12 to 18 months.

A grand jury in Alabama also indicted him for capital murder, as he reportedly plotted his new bride’s murder while still in the state. The judge granted the defense’s motion to have one count of murder dismissed.

On Tina’s 35th birthday, February 13, 2012, the trial formally commenced. In Alamba, they were not permitted to bring up the proof of Gabe’s strange behavior or the life insurance claim.

Without this proof, the judge concluded that there was insufficient evidence to accuse Gabe of murder, and he was cleared of all charges. Gabe stated he is now at peace with it and desires to restart his life.