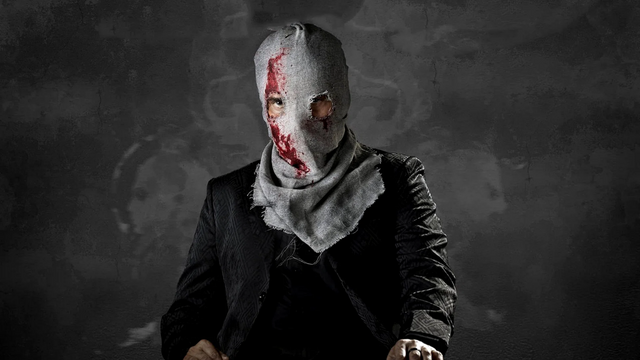 The Malayalam film industry is one of the best in India when it comes to producing movies with compelling plots and marketable narratives. Due to the pandemic, film enthusiasts have flocked to various film industries around the world in recent years, which explains the growth of the Malayalam film business.

Mammootty’s 2022 releases attest to the fact that he has become increasingly adventurous with the narratives he chooses to tell, after having been recognized for his large roles over the course of the past five decades.

Over the course of Rorschach’s 150-minute running duration, Luke Antony, an NRI who lately returned from Dubai, relates his story. Sofia, the wife of Luke, disappears following a mysterious accident. As if the stakes weren’t high enough, Sofia was pregnant when she vanished.

Luke informs the police of his wife’s mysterious absence out of concern. Since there is absolutely no evidence of Sofia, the police conclude that Luke’s wife was attacked by an animal and advise him to go on.

Luke resolves to search for Sofia himself and forms a friendship with Balan, a peasant. However, it is apparent that Luke has more going on behind the scenes than he is originally revealing.

The plot of Rorschach is not difficult to interpret, and it is immediately apparent that his genuine motivations are far more nefarious than he is leading us to believe.

As the tale develops, Luke’s true motivation becomes clear, and the audience ultimately grasps the story’s meaning. In addition to Luke’s vengeance-driven persona, Seetha and Dileep (despite his brief appearance) leave a lasting impression.

The concept of legacy and how crucial it is for souls to gain redemption (moksha) after death may be foreign to the majority of young and contemporary audiences, but Rorschach seeks to bridge this gap by presenting a linear plot of revenge.

Luke does nothing to hurt the living, and each and every death or accident in the film is caused by human vices such as avarice and fear, among others. The film’s story is compelling, and its execution is without a doubt its crowning achievement.

Similar to the psychological test, Rorschach can be interpreted differently by several spectators, which gives the film depth.

The movie has a decent speed, and it doesn’t hide any story details from the audience, making it an easy film to follow. The conclusion, though, leaves the reader stunned and wanting more.

The cinematography is the most notable aspect of the film. Especially the camerawork, which is beyond flawless.

The cinematic long shots and limited jump scares are sufficient to keep the audience in a state of struggle between tranquility and turmoil. In one scene, a butterfly appeared and entered, and we know that Dileep will make an appearance as well.

The Rorschach test is symbolized by a butterfly, and there was a time when it appeared that the author was beginning to prod the minds of the audience. Rorschach’s OST is unlike anything I’ve heard in a while for a film in any regional language.

During the first half of the film, the background music consists of solemn, all-English tunes. During chase or combat sequences, however, the songs accelerate, allowing the audience to feel the emotion of the protagonists.

Mammootty’s character, Luke’s smart and sarcastic sense of humor, occasionally made me laugh out loud.

Rorschach is unquestionably a profound plunge into one’s psyche, and theorists are already drawing a variety of interpretations about how the film concluded.

The plot is linear, but it strives to make the audience think, which is fantastic for our day. Rorshach is currently experiencing global success, which it has surely earned. It is highly recommended to view this!