Post Credit Scenes Thor Love and Thunder: How Many Post-credits Sequences Are There? 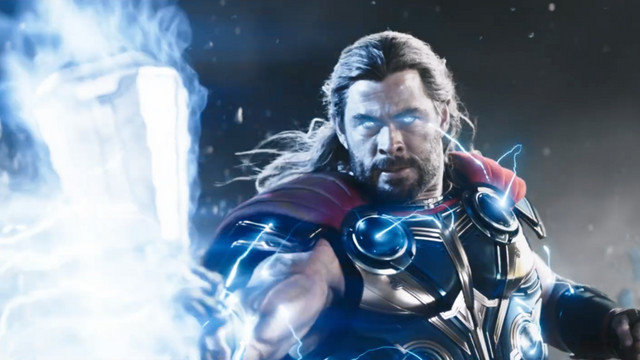 Thor: Love and Thunder’s post-credits scenes are not to be missed. And now that the film is available on Disney Plus, we can pause, revisit, and analyze each moment of the film’s grand conclusion.

Thor 4 by Taika Waititi contains two more moments at the conclusion that could affect the future of the MCU. Therefore, if you’re seeking an in-depth analysis of what occurs and its prospective consequences, you’re in the perfect place.

To begin, we provide a non-spoiler summary of when the Thor: Love and Thunder post-credits scenes occur in the film.

This implies that prior to pressing play on Disney Plus, you have an idea of how long you are expected to stay. Then, for those who have already watched the film, we have detailed what happens, who is included, and what the actors and crew have to say about it.

How Many Post-credits Sequences Are There in Thor: Love and Thunder?

There are two post-credits scenes in Thor: Love and Thunder. The first one follows the stylized credit sequence that includes all of the major actors and cameos.

The second scene begins around four minutes after the closing credits have concluded. You’re going to be waiting a few minutes for this last one, but it’s worth it – this isn’t simply a weird, meta-joke as in the Doctor Strange 2 post-credits.

ALSO CHECK:  How the ‘Shang-chi’ Post-credits Scenes Propel the Latest Marvel Superhero Into Being

Now comes the exciting part: interpreting their meanings. So if you’ve already seen the movie, go on to take a deeper look at these post-credit sequences. However, a word of caution: from here on out, we’ll be discussing major Thor: Love and Thunder narrative points, which may contain spoilers.

Who’s in the Mid-Credits?

Marvel’s thor-love-and-thunder-russell-croweimage After the first portion of the credits roll, the screen goes dark and the first of two credit scenes play. In this mid-credits scene, Russell Crowe reprises his role as Zeus, ministering to Thor’s wounded, but he is not actually dead.

He calls for his son Hercules, portrayed by Ted Lasso’s Brett Goldstein, to get revenge, lamenting the demise of the gods and resenting the popularity of superheroes in the eyes of the people.

READ ALSO: Does the Ghostbusters Movie Have a Post-credits Scene Explaining the Afterlife?

It’s a breathtaking scene that establishes numerous future possibilities. Crowe had one of the film’s more entertaining performances, and it’s fantastic to see that a thunderbolt to the stomach didn’t kill the Greek pantheon.

Moreover, Hercules is a wonderful addition to the Marvel Cinematic Universe. While Herc’s comics background may tend more toward heroism than villainy, as Zeus hints in this scene, Ted Lasso fans will be ecstatic with Goldstein’s casting. Roy Kent, he is here, he is there, he is everywhere!