Is There a Post-credits Scene in No Time to Die? Confirmation Available Here 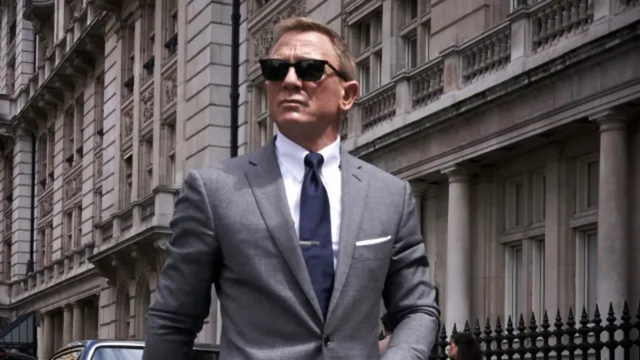 After nearly 18 months of release date delays owing to the coronavirus pandemic, No Time To Die is finally on the big screen, where it belongs. The film narrates the story of Daniel Craig’s James Bond, which has finally come to a conclusion after five films and fifteen years, but since the post-credits scene trend has become popular in cinema, did Eon join the bandwagon?

Is There a Post-credits Scene in No Time to Die?

There is no Marvel-style stinger scene during or after the credits of the most recent Bond film, which is hardly surprising given that none of the previous 24 films featured one.

It does, however, reintroduce a Bond standard that has appeared in 22 previous films: a title card announcing James Bond’s return.

Specifically, the card states, “James Bond will return,” a statement that has appeared at the conclusion of every 007 film since Diamonds Are Forever in 1971.

However, this comment has a different impact in the conclusion of No Time to Die, as we had just witnessed Bond’s catastrophic demise.

It is intriguing that the movie chose to explicitly state that James Bond will return. Ultimately, the film might have hedged its bets by stating that “007 will return,” which could allude to either James Bond or the woman who assumed his identity after he was considered dead, Nomi (Lashana Lynch).

In “No Time to Die,” Daniel Craig portrays James Bond; nonetheless, a caption at the end of the film states that “James Bond will return.”

Instead, the film chooses to confirm that the man we have just witnessed die will return, but it never explains how.

However, one thing we do know is that when Bond returns, he will have a new face. Craig’s final film as the character, No Time to Die, means that a new, unannounced actor will play him when he returns.

The film’s depiction of Bond’s death may indicate that a long-held fan hypothesis about the character is soon to be validated. “James Bond” was a codename that MI6 assigned to different agents in different eras, according to a fan continuity theory that attempted to explain why so many actors have played the character.

Though debunked by the events of Skyfall, the fact that this Bond appears to be dead may be establishing the codename theory as a new canon—from this point forward, every new Bond is a new person whose codename is a tribute to the man who sacrificed his life to save the world from a DNA-targeting nanobot virus.

This might have profound consequences for those who could play James Bond in the future. If “James Bond” becomes a pseudonym, then anyone may be him, giving women and performers of color the opportunity to portray the character.

However, the Bond series has never been known for taking enormous risks. As a result, it is equally likely that the subsequent film will explain how Bond faked his own death (as he did in You Only Live Twice) or had plastic surgery to conceal the damage caused by the explosion (similar to how the franchise explained the change in Blofeld’s casting in On Her Majesty’s Secret Service).

Alternatively, the film may decide not to acknowledge the casting, as it has done with every prior change of Bond’s lead actor.