Does the Ghostbusters Movie Have a Post-credits Scene Explaining the Afterlife? 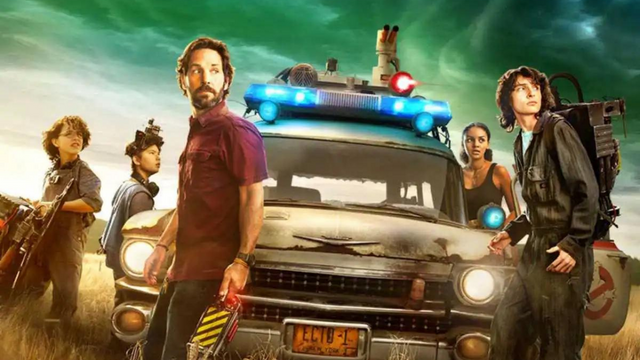 Ghostbusters: Afterlife is a film with two distinct intentions: it is both a love letter to the past and his father’s work, and an attempt to strike out on its own. The film attempts to build a new generation of heroes that do not resemble Stantz, Venkman, or Zeddemore, although Mckenna Grace captures Spengler’s spirit admirably.

So perhaps it shouldn’t come as a surprise that the film’s two post-credits scenes have contrasting themes. One is a touching tribute (and likely farewell) to Bill Murray’s Peter Venkman and Sigourney Weaver’s Dana Barrett, while the other establishes a shared Ghostbusters universe. Below, we analyze both moments based on what writer-director Jason Reitman tells us about their significance.

IS THERE A POST-CREDIT SCENE IN GHOSTBUSTERS: AFTERLIFE?

The short answer is yes. If you are in a theatre and Ghostbusters: Afterlife has just concluded, remain seated for the duration of the credits.

Similar to Marvel films, Afterlife contains both a mid-credits and a post-credits scene. After the main credit sequence, which intentionally ends suddenly, the first scene begins. The second scene occurs at the very end of the closing credits.

DO WE SEE BILL MURRAY IN GHOSTBUSTERS: THE AFTERLIFE?

There is a significant return of the original Ghostbusters cast from the 1984 film for this third and final installment. Egon Spengler’s daughter Callie (Carrie Coon), son-in-law Trevor (Finn Wolfhard), and granddaughter Phoebe (Mckenna Grace) have moved into their father’s old house after his death, and the Ghostbusters’ secretary Janine (Annie Potts) shows up early in the film to check on them. 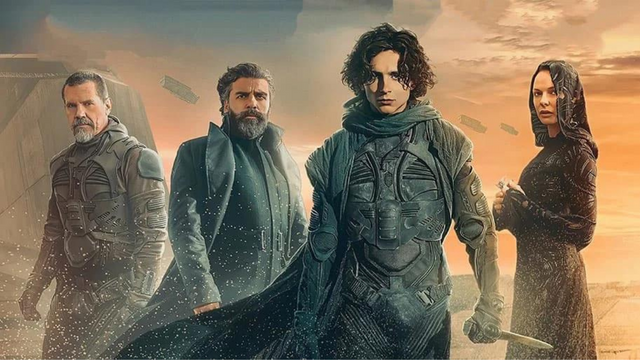 As the film progresses and Phoebe learns more about her grandfather and the danger he faced in the rural Oklahoma farmhouse Callie has inherited, she calls the Ghostbusters’ old phone number from their 1984 ads and speaks with Ray Stantz (Dan Aykroyd), who fills her in on what broke up the Ghostbusters, long before Egon’s death.

Also Read: Dune Post Credit Scene: Why There is No Post-credits Sequence in ‘dune’

All three remaining Ghostbusters, Ray, Peter Venkman (Bill Murray), and Winston Zeddemore (Ernie Hudson), turn up in their old suits and gear to join the battle when Phoebe, Trevor, and their pals try to combat the Sumerian god Gozer, who landed in New York in the first film. When Egon’s ghost appears to aid them in defeating Gozer, they all bid a tearful farewell to their silent spirit companion before he vanishes.

WHAT OCCURS DURING THE MID-CREDITS SCENE IN GHOSTBUSTERS: AFTERLIFE?

The credits continue as usual until they reach a credit for Sigourney Weaver, one of the 1984 Ghostbusters actors who has not yet featured in the film.

Reitman gives the audience just enough time to say, “Wait, she’s not in this!” before cutting to her character, Dana Barrett, holding up a sequence of Zener cards for Peter Venkman to see if he can psychically discern the symbol on the side of the card he cannot see.

He keeps guessing correctly, but she keeps stunning him with an electric shock device until he admits that he marked the cards so he would know what they were.

As with much of Ghostbusters: Afterlife, this scenario is merely a large joke for fans of the 1984 film. It’s a callback to Peter Venkman’s first debut, in which he conducted tests on university students, ostensibly to study psychic phenomena.

However, the sequence also reveals that he’s a sleazeball who flirts with his female subjects and tortures his male subjects for pleasure. Dana’s startling him for lying is a touch of vengeance 37 years later for that incident.

Are Dana and Peter still together after so many years? She is wearing a wedding band, she appears to be treating him kindly, and they appear to be in a private residence as opposed to an institution. However, they do not discuss their connection, they do not exchange any form of endearment, and she appears more arrogant about seeing through him than loving.

Also, he is just as smarmy with her as he was in the 1980s; he hasn’t changed one bit. There is also the question of why, decades into their relationship, she would attach electrodes to him to test his telepathic abilities. It is yet another moment that functions better as a fan callback than as a significant story element.