Woman Hospitalized After Shooting by LAPD! 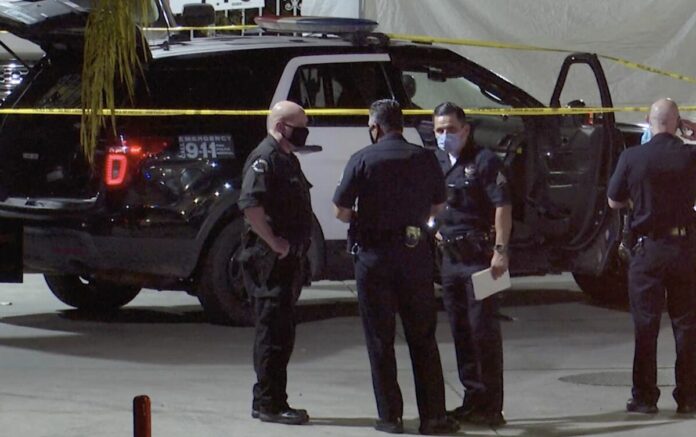 A woman was taken to the hospital on Monday after being struck by a replica handgun she was allegedly carrying “Los Angeles police allegedly shot at her with guns but missed, firing a “foam projectile” in her direction.

According to the Los Angeles Police Department, the shooting was reported at 24th and San Pedro streets around 9:20 a.m. Officers responded to the scene after receiving a report of “a female carrying a gun near a restaurant’s entrance,” according to an LAPD statement.

“When the officers got to the scene of the call, they found the suspect in the 400 block of Adams Boulevard with what they thought was a semiautomatic weapon, according to the police. “Officers tried to halt the suspect, a female suspect (around) 50 years old,” according to the report.

“Police said an officer-involved shooting took place after the suspect pointed what the officers thought to be a handgun at onlookers. ” There was also a 40mm foam projectile that was less deadly.

“The suspect, who was hit by the 40mm projectile but was unharmed by gunfire, went west on Adams Boulevard before being apprehended close to the intersection of Adams and Maple Avenue, according to the police. “The suspect’s condition is stable; he was sent to a nearby hospital for evaluation.

According to authorities, neither policemen nor onlookers were hurt. “A replica semiautomatic handgun was discovered to be the item the suspect was carrying, according to the police. The identity of the woman wasn’t made public right away.