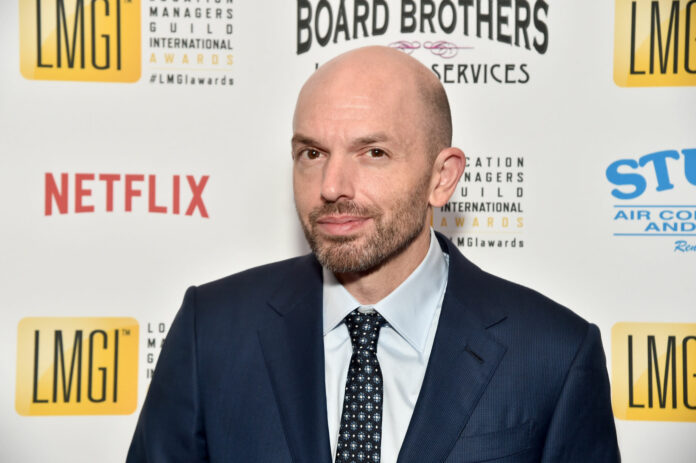 American actor, comedian, writer, producer, director, and podcaster Paul Christian Scheer was born on January 31, 1976. Actor Paul Scheer won a Screen Actors Guild Award for his work in the comedies Black Monday on Showtime and The League on FX/FXX. Scheer has starred in and co-created several shows, including Human Giant on MTV and NTSF:SD:SUV:: on Adult Swim.

He has appeared on Fresh Off the Boat (ABC) and Veep (HBO) in recurring roles. He and his wife, June Diane Raphael, co-host the critically acclaimed cinema podcast How Did This Get Made? and he also co-hosts the film podcast Unspooled with reviewer Amy Nicholson.

Paul Scheer was given the name Paul Christian Scheer on January 31st, 1976, in Huntington, New York. He attended Catholic schools as a child with his parents, Gail Ann and William, in the Long Island communities of Huntington, Bayshore, Northport, and Central Islip.

Paul studied improv with the Chicago City Limits while still in high school, and he eventually joined the group as its youngest member when they went on the road. Scheer attended New York University “because Theo Huxtable went there” after finishing high school at St. Anthony’s and eventually earning a degree in education and communication.

Performing with the Upright Citizens Brigade (UCB) in New York City since 1998, Paul was a member of the improv troupe Respecto Montalban alongside Rob Huebel, Jack McBrayer, Rob Riggle, and Dannah Feinglass. An award for best improv show from the Emerging Comics of New York (ECNY) was given to Respecto Montalban in 2003. After making appearances on “Upright Citizens Brigade” from 1998 to 2000 and relocating to Los Angeles in 2005, Scheer began playing at the UCB Theatre.

His film career began with 2004’s “Blackballed: The Bobby Dukes Story,” and other films including “School for Scoundrels,” “Watching the Detectives,” “The Onion Movie,” and “Meet Dave” (2008). Paul appeared in two episodes of “30 Rock” as a guest star in addition to co-starring with Aziz Ansari and Rob Huebel in the MTV series “Human Giant,” which the three co-created.

Scheer starred in “The League,” an FX sitcom that ran for seven seasons and a total of eighty-four episodes, from 2009 to 2015; at the same time, he also starred in “NTSF:SD:SUV::.,” an Adult Swim series on which he co-starred with Raphael. In 2013, he co-starred with his wife once again in “Ass Backwards” (written by Raphael and Wilson), and he also had appearances in the horror comedy “Hell Baby” and the supernatural comedy “Rapture-Palooza.”

Indeed, Paul has tied the knot. He tied the knot with June Diane Raphael. His wife is a famous American comedian, screenwriter, and actor. She has made her debut on Burning Love, NTSF:SD: SUV, and Grace and Frankie, all of which are comedic television series. They have two kids, and one of them is named August Scheer. They tied the knot at the Santa Barbara Museum of Natural History in October 2009.

When Paul was asked to help Raphael and Casey Wilson with their two-woman sketch production “Rode Hard and Put Away Wet” in 2004, he and June began dating soon after. June, who had relocated to Los Angeles in 2005, was Paul’s fiancee when he proposed to her on October 5, 2009, at the Santa Barbara Museum of Natural History. Their two children are named Sam and August (born in August 2016).

Paul and Ben Stiller collaborated in 2010 to host the charity event “A Night of 140 Tweets.” Over $500,000 was raised at the event to support the people of Haiti. Celebrities and comedians like Will Ferrell, Mindy Kaling, and Aziz Ansari all made appearances.

The American actor, comedian, writer, producer, director, and podcaster Paul Scheer is a multitalented talent. He has a net worth of around $4 million.

The 2019 HollyWeb Festival voted “The Amazing Gayl Pile” the Best Comedy, and it has since been nominated for Best Web Series – Comedy at the 2019 Indie Series Awards and Best Web Program or Series, Fiction at the 2021 Canadian Screen Awards.

In 2018, Scheer and his “Veep” co-stars received the Screen Actors Guild Award for Outstanding Performance by an Ensemble in a Comedy Series, while in 2017, the cast of “The Disaster Artist” was nominated for a BAM Award for Best Cast. As an actor, Paul has been nominated for four Streamy Awards: Best Actor in a Comedy for “The ArScheerio Paul Show” (2014), Best Actor for “Scheer-RL” (2015), and Best Ensemble Cast for “The ArScheerio Paul Show” (2014) and “The Hotwives of Orlando” (2014). (2015).