Editorials 24
HomeCelebrityWhat You Need to Know About the Motivational Speaker Matt Roloff: 18...
CelebrityEntertainment

What You Need to Know About the Motivational Speaker Matt Roloff: 18 CringeWorthy Facts! 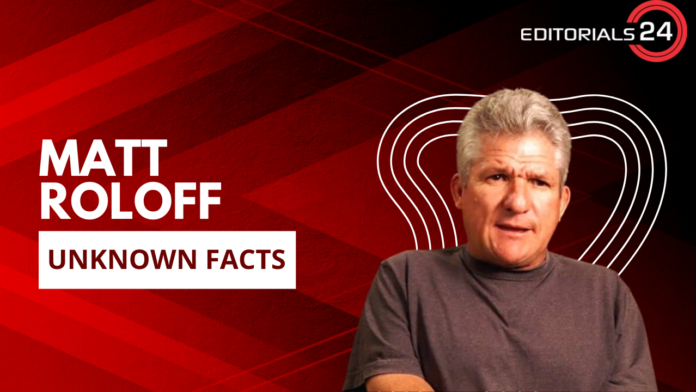 American motivational speaker, author, farmer, and TV personality Matthew James “Matt” Roloff (born October 7, 1961) is most known for his role in the TLC reality series Little People, Big World, in which he and his family also appeared. The show centered on the Roloffs and their typical day. Roloff’s ex-wife Amy and one of their four children, Zachary, also suffer from dwarfism.

The following is some information about him that you may not know.

1. It didn’t take long for him to fall in love. Six months after meeting at a 1987 gathering for the Little People of America, Roloff wed his now ex-wife, Amy.

2. You’ve seen him in theatres, right? Roloff’s first job wasn’t in farming; he was an extra in the 1981 film Under the Rainbow.

3. Also, he was an Ewok. In the 1985 Star Wars TV movie Ewoks: The Battle of Endor, Roloff also played an Ewok.

4. One may describe him as a “computer man.” Roloff was a computer programmer in Silicon Valley during the late ’80s.

5. Currently, he is 54 years old. Perhaps his affinity for all things pumpkin and Halloween is attributable to the fact that he was born on October 7th, 1961.

6. He’s undergone more than a dozen operations. Roloff had at least 15 operations as a child because of his dwarfism; the most recent one was a secret operation.

7. Similar symptoms affect his brother. His parents and sister are of normal height, but Roloff’s brother Sam was also born with diastrophic dysplasia. Roloff’s middle brother Joshua suffered from a fatal cardiac defect at birth and passed away in 1999, at the young age of 34.

8. To begin with, the Roloff Farm was a fixer-upper. Roloff bought the farm in 1990 and has since constructed a pirate ship on the lake, a three-story tree house, a life-size replica of a medieval castle, and much more.

9. He is An authentic businessman, Over the years, he has started and co-started several more companies, including Direct Access Solutions, MRE Inc., and MR Speaking.

10. In the film industry, he is the top dog. Little People, Big World, on which Roloff served as an EP for six years, filmed for an average of 320 days per year.

11. Likewise, he has returned favors. Back in 2008, Roloff made the trip to Iraq to help a local family provide medical care for their three dwarf children.

12. Roloff is an active member of the National Speakers Association and the American Program Bureau. He’s always had a message, it seems.

13. Roloff is a frequent speaker at conferences, both for businesses and educational institutions, on topics such as diversity, perseverance, and sales leadership.

14. In the past, he has published two books. Two books written by Roloff but penned by a ghostwriter are currently for sale on Amazon.

15. He ventured into the food manufacturing industry. He and his ex-wife Amy had just started a business selling pumpkin-themed culinary items before they split up.

16. Roloff co-founded the organization for people of small stature known as the Coalition for Dwarf Advocacy, and he currently serves as its president. It wasn’t until 2013 that he filed suit against Washington County.

17. The Roloffs filed suit against the county because a construction inspector there had apparently broken in without knocking or presenting proper identification.

18. Even though he’s fairly awesome, he has a hard time using Twitter. He tweeted four times after asking his followers for guidance in February 2015, when he called Twitter “confusing.”

You will automatically receive $1,100 in stimulus payments and $2,000 in cash requests