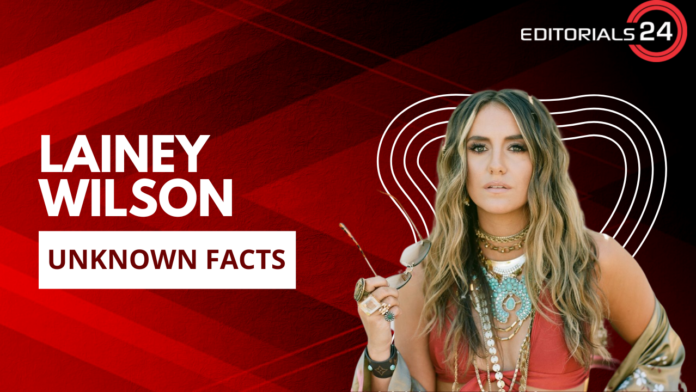 Country music singer and songwriter Lainey Wilson was born in the United States on May 19, 1992. Wilson began singing and performing at a young age, and later moved to Nashville, Tennessee to pursue a career in country music.

Her debut album came out in 2014, then in 2016, she released her second album on the Lone Chief label. In 2019, Wilson released an EP that featured the song “Things a Man Oughta Know” after signing a publishing contract. The BBR Music Group released it as a single in 2020, and it topped the Billboard country music chart that year.

Looking for a deeper dive into Wilson’s past? You can see the rising star write songs in the video up top, and then read on to learn five interesting facts about her.

1. Aside from Memorable Lyrics, She Can “Cultivate” Other Things, Too

Wilson is from Louisiana; if her accent didn’t give it away, that is. The singer was raised in the small farming community of Baskin, Louisiana, where she quickly realized that farming required the participation of everyone in the community. Wilson assisted her family with the everyday tasks required on their farm, where they farmed a variety of crops including maize, wheat, soybeans, oats, and more.

2. As A Second Family Tradition, Music-Making Has Been Around for Generations

Wilson grew up in a musical household, and he says that playing music together was as common as working the field. Her mother loved to dance, and her father played the guitar as she was growing up. Wilson also used to go to local bluegrass festivals with her grandparents, a move aimed at reaching older audiences. She says, “I’d like to think that small sparkle helped propel me toward chasing my aspirations and continues to keep me striving farther. I’m a proud Louisianan, and always will be.

3. She Was a Newcomer to Nashville, and She Had to Get Resourceful

Wilson moved to Music City and spent three years in a bumper-pull camper. Even though the singer didn’t have much money when she moved to Nashville, she was able to park her trailer on the property of a friend. A recording studio located on the property provided Wilson with an entry point into Nashville’s thriving music industry and literary scene.

4. She Has Appeared on A Number of Prestigious International Stages

Wilson may be fresh to the music industry, but she’s already performed at some major events. As an international performer, the singer has opened for Eric Paslay on his Mr. Nice Guy Tour and performed at 2019’s C2C Festival. In addition to touring with Morgan Wallen and Rodney Atkins, Tyler Farr, Randy Houser, Ashley McBryde, and others have shared the stage with Wilson.

5. He Has Impersonated a Famous Singer and Actor Among Her Many Odd Jobs

Wilson, in her high school years, booked her own concerts as a Hannah Montana impersonator, which is one of the stranger tidbits about her past. Wilson would act out the Disney role made famous by Miley Cyrus, the daughter of singer Billy Ray Cyrus.

After a mesmerising performance “Harry Styles has been compared to Freddie Mercury.”