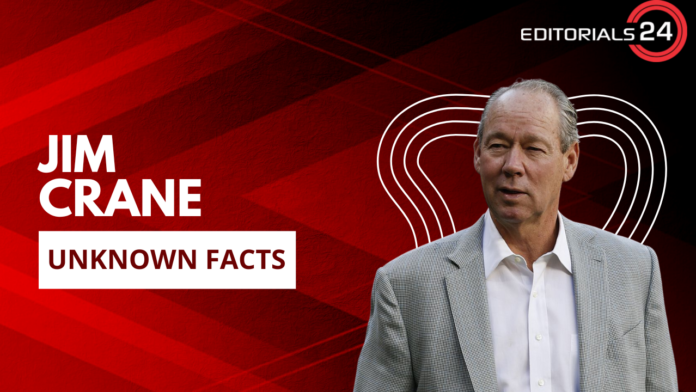 James Robert Crane is a businessman from Houston, Texas who was born on January 17, 1954. Crane serves as chairman and chief executive officer of Crane Capital Group as well as Crane Worldwide Logistics and Crane Freight and Shipping. Additionally, he is the owner and chairman of the Major League Baseball team the Houston Astros, who have won two World Series titles during his tenure as the owner (2017, 2022).

You may or may not know these things about Jim Crane:

Crane grew up in Missouri, specifically in a town called Dellwood. Dellwood is technically part of Greater St. Louis, which makes it a suburb of St. Louis. In general, Dellwood is not mentioned in the media, which is maybe not surprising given that its population was less than 5,025 as of the 2010 census.

In due time, Crane completed his high schooling at the area’s Lutheran High School North and received his diploma. It’s worth noting that he’s given that school $1 million, which has been used to improve its sporting facilities and expand its campus.

When Crane was a student at Central Missouri State University, he focused his academic efforts on industrial safety, the subfield of occupational health and safety. An injured or ill worker is one who cannot contribute their skills and knowledge to the success of a company’s profit-making operations, making this a very significant area of study for corporations.

4. Went to College and Played Baseball

Crane’s life was changed irrevocably by his time spent on the baseball team at Central Missouri State University. When his father passed away between his first and second years of college, it was his coach who encouraged him to continue his education.

5. Consequences of Being Drafted to the American League

The beginning of Crane’s tenure as owner of the Houston Astros was rocky due to the fact that many of the team’s supporters took offense at various policies and decisions made by Crane. Crane was required to do so as part of his contract to purchase the Houston Astros’ ownership, but it doesn’t excuse the team’s relocation to the American League.

6. Upon Taking Ownership, Performed a Complete Analysis of the Team

When Crane took over as owner of the Houston Astros, he performed an in-depth analysis of the baseball team and the baseball team’s business operations. At the outset, it came as no great shock that the baseball team was terrible. To add insult to injury, the baseball team’s foundational mechanisms were flawed and needed to be overhauled. Fortunately, Crane and Jeff Luhnow met and hit it off, leading to Crane promoting Luhnow to General Manager and granting him wide latitude to run the show as he saw fit.

7. He Was Mocked for His Ideas

Crane’s ownership status was initially met with skepticism. So it shouldn’t be shocking to find that his ambitions to improve the baseball team were met with a good deal of skepticism, especially given how long it took for improvements to become noticeable. The results of Crane’s plan are evident now that the Houston Astros have won the 2017 World Series.

Instructions for Removing Photo Albums from An iPhone..!