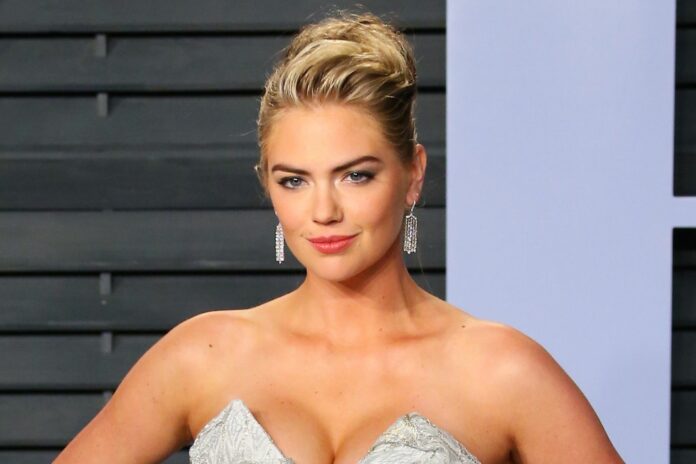 An American model, Katherine Elizabeth Upton was born on June 10, 1992. In 2011, she made her SI Swimsuit Issue debut, and she has since graced the cover three more times (in 2012 and 2013 and again in 2017). Furthermore, she graced the cover of Vanity Fair’s centennial issue.

Kate is a member of an extremely wealthy family. she is the offspring of Jeff Upton, a high school athletic director, and Shelley (née Davis), a former Texas state tennis champion. Frederick Upton, her great-grandfather, helped start Whirlpool Corporation. Fred Upton, a member of Congress, is her uncle.

At the same time in 2011, Upton made her debut appearances in both television and cinema, launching her acting career. Television viewers got to see her in her truest form when she guest starred on an episode of “Tosh.0.” Over the next few years, she appeared in her own right on a number of different shows and chat shows. Her appearance on ‘Project Runway’ as a judge in 2017 was her first.

A year later, Upton appeared on an episode of “RuPaul’s Drag Race” as a guest judge. She made her television voice-acting debut as Unsinkable Molly Brown/Blonde Girl in an episode of “Robot Chicken.” With her role as Mr. Hightower’s mistress in the 2011 film “Tower Heist,” Kate Upton made her acting debut.

In “The Three Stooges” the next year, the model-turned-actress portrayed Sister Bernice. The following year, in 2014, she portrayed Amber in “The Other Woman.” Upton received two award nominations for her performance in this film: a Teen Choice Award and a Movie & TV Award from MTV. Soon after, in 2017, Upton played Meg in “The Layover.” Then, she filmed some scenes in which she plays herself for “The Disaster Artist,” a film released in 2017.

Unfortunately, the footage was edited to exclude Upton’s participation. In the 2019 film “Adult Interference,” Upton played the role of Talia. Kate Upton’s acting career has taken her from the small screen to the big screen, and she’s even made an appearance in a music video. In Lady Antebellum’s music video for their 2014 track “Bartender,” she portrayed the role of a female dancer.

Read More: How Old Is Robert Quinn? Have a Closer Look at NFL Player Lifestyle!

Kate Upton will have made $20 million by the year 2022, according to estimates. There is little doubt that she is one of the industry’s highest-paid models. As a result of her time spent on the runway, in the movies, with various endorsements, and on television, she has amassed an incredible fortune in a relatively short period of time.

Justin Verlander, a baseball player for the Detroit Tigers at the time, began dating Upton at the beginning of 2014. As of 2016, they are engaged. The pair tied the knot in November 2017 in Tuscany, Italy. In November 2018, they welcomed a daughter. Harley is the family’s Boxer dog.

Upton has said she places a high value on her religious faith. One of her fingers has a cross tattooed on the palm side. As a result of a hacking incident in 2014, a number of naked photos of Upton were made public. Upton was teaching a fitness class in New York City before the end of 2019 when animal rights activists barged in and began shouting at her for supporting the firm Canada Goose.

Upton announced her collaboration with Canada Goose to protect polar bears on World Kindness Day in November 2019, writing in part, “I’m happy to work with PBI and Canada Goose to spread the word about the plight of Polar Bears and secure their future. I had the privilege of touring the brand-new PBI House, where I learned a great deal about polar bears, polar bear research, and the part that each of us can play in the protection of polar bears.” Its coats are crafted using materials like coyote fur and goose feathers.

Highlights of the Salary

Upton earned $7 million in 2014, putting her on the list of the world’s highest-paid models. She made $3.5 million less that year.

She is rumored to be about 5 feet, 10 inches (177.8 centimeters) tall, making her significantly taller than the typical American woman.

Upton and Verlander purchased a mansion in Beverly Hills for $5.25 million in 2016. The home has a long list of famous residents. Built-in 1976, the house has a total of 5,706. Pete Sampras, the legendary tennis player, purchased it from Kenny G, a famous musician. Actress Kate Jackson, producer Jon Peters, and television producer-director William Asher are all former owners. In addition to a pool and spa, a tennis court, and a number of outdoor lounging areas, the 1.5-acre property also features a maid’s quarters, a separate bonus room, and a separate entrance.