During a Stolen Vehicle Pursuit, A Suspect Crashes Into a Fence Surrounding a Christian Church 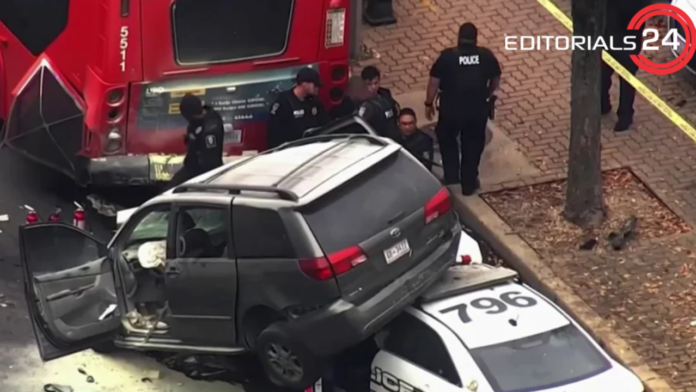 On Sunday night, November 13th, police in Central-Alameda, Los Angeles, pursued a suspect in a stolen vehicle until the suspect wrecked in South Los Angeles. The Los Angeles Police Department began pursuing a stolen vehicle on the 110 Freeway in the city’s central business district.

Around 8:45 p.m., the suspect slammed his car into a church fence on the 4500 block of Compton Avenue in the Central-Alameda neighborhood of South Los Angeles, bringing an end to the pursuit.

As the suspect took off running, the officers called for help. The suspect was seized by police and taken to the hospital by Los Angeles Fire Department ambulance with injuries that are yet unknown.