Editorials 24
HomeNewsDevelopers and Buyers Both Benefit from The Two Homes on One Lot...
News

Developers and Buyers Both Benefit from The Two Homes on One Lot in Highland Park! 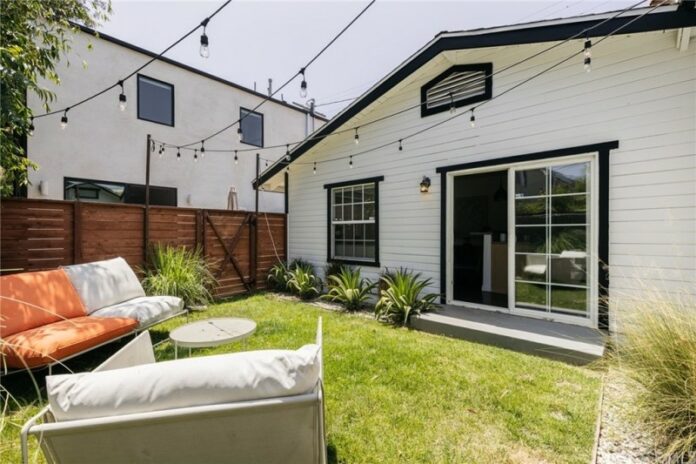 Although there is an urgent need for new homes in Los Angeles, the question of how and where to construct them remains unanswered. On the other hand, one developer in Highland Park has found a workable solution by building two houses (one renovated and one new) on a single lot, demonstrating that increased density can be both profitable and livable.

The 2019 version of the property is depicted in the first slide of the gallery; it is a two-bedroom, two-bathroom bungalow that is situated far back on a lot that is more than 5,200 square feet in size. In 2018, the developer spent $640,000 on the bungalow and renovated the inside and outside while preserving the structure’s original charm.

The developer then constructed a brand-new, ultra-chic, two-story contemporary with two bedrooms and three bathrooms on the front quarter of the lot. Both residences feature garages, as well as front and back yards.

The cottage went for $775,000 and the house for $907,500 in the month of September. The final prices for each home sold were higher than their respective asking prices but still significantly lower than the September median home sale price of $1.125 million in NELA. That seems like a win-win situation to me.

IG Followers: How To Increase Likes & Followers In 2022!