An Alleged 23-Year-Old Driver Was Arrested During A South LA Carnival! 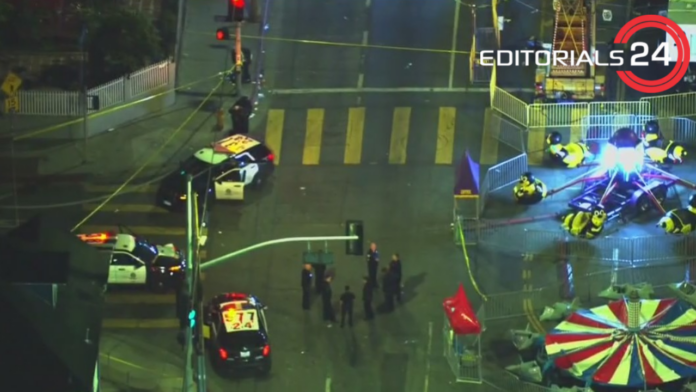 Officials in South Los Angeles said the situation could have been much worse, but they have arrested a 23-year-old man on suspicion of felony hit-and-run after he allegedly drove a car through a carnival on Saturday night.

When police sought to pull Steven Weems over near East 36th and Trinity streets, he allegedly tried to flee. Authorities said that when they got out of their car to confront Weems, he sped off and drove straight through the middle of the carnival. There were seven casualties in total, with at least six taken to area hospitals for treatment of “non-life-threatening injuries.”

According to eyewitnesses, Weems smashed past a barricade on Trinity Street, damaged at least one of the carnival rides, and tore down a pop-up tent belonging to Laura Zazueta, who was selling her wares at the event. Zazueta has started a GoFundMe because she lost so much inventory to the flood.

It sounded like a car crashed through the wall, and we were standing right there,” said witness Janeth Renega. Renega claimed that the ordeal was so traumatic that it had an effect on her daughter, then 4 years old. There is a bail set at $50000 for Weems.

In a statement, Manchin said, “I am not a Democrat from Washington, D.C.”