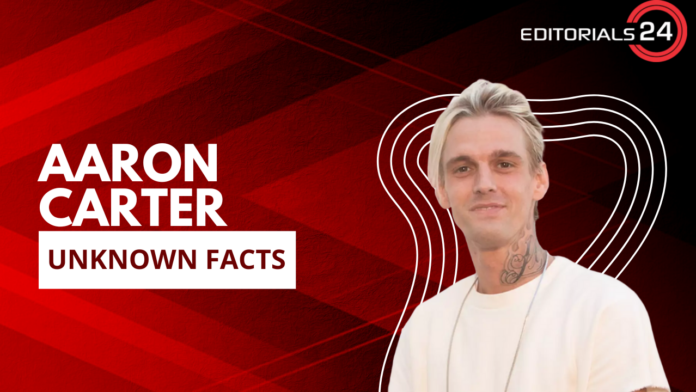 American singer-songwriter Aaron Charles Carter was born on December 7, 1987, and died on November 5, 2022. Early in the new millennium, he released four albums that made him a household name among preteens and teenagers.

Carter’s career as a performer began when he was just seven years old, and his debut album, simply titled Carter, was released in 1997 when he was nine. Upon the release of his second album, Aaron’s Party (Come Get It) (2000), which quickly sold three million copies in the United States, Carter began making television appearances on Nickelodeon and going on tour with the Backstreet Boys.

In 2002, his Most Requested Hits compilation followed in 2003. Some facts are listed below: