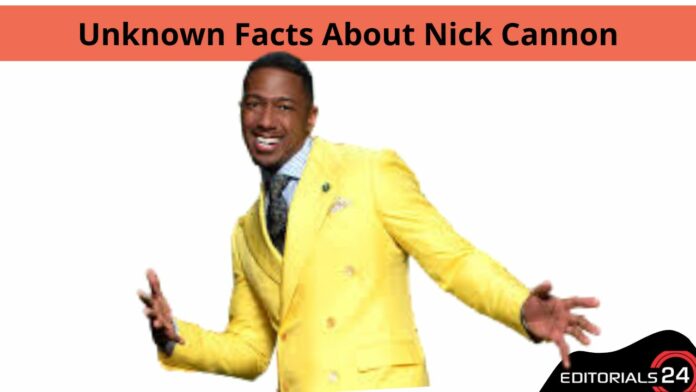 He has been acting for 20 years in television and movies, selling out comedy tours, writing, producing, rapping, and more lately, investing in new businesses.

Even the longest biographies about the mogul from San Diego leave out a few facts despite the fact that he has lived most of his life in the spotlight.

1. Nicholas Scott “Nick” Cannon is a rapper, actor, comedian, producer, and host on both radio and television in the United States.

2. Cannon got his start in the television industry hosting All That while he was a youngster. He later hosted The Nick Cannon Show, Wild ‘N Out, and America’s Got Talent.

3. Nick Cannon appeared as an actor in the movies Roll Bounce, Love Don’t Cost a Thing and Drumline.

4. In 2003, he released his first album as a rapper under his own name, which featured the smash hit “Gigolo,” a song he wrote with singer R. Kelly.

5. Cannon recorded the singles “Dime Piece” and “My Wife” in 2006 for Stages, a project that was never finished and never saw the light of day.

7. Nick Cannon divorced his wife of six years in December 2014.

8. Nick Cannon was born on October 8, 1980, in San Diego, California, the son of James Cannon, a motivational televangelist, and Beth (née Hackett), an accountant.

9. While growing up, he split his time between Charlotte, North Carolina, where his father had worked, and San Diego, where his mother resided.

10. Cannon got his big break at age 11 when he performed stand-up comedy on his father’s local cable access show.

11. Cannon obtained a job as a warm-up comic for Nickelodeon’s studio audience in Los Angeles, most notably All That, on which he also made guest appearances, after graduating in 1998 from Monte Vista High School in Spring Valley, California.

12. Cannon and his friend Steve Groves started the rap group “Da G4 Dope Bomb Squad” when they were teenagers, and they served as the opening act for artists like Will Smith, LFO, 98 Degrees, and Montell Jordan.

13. He appeared on the Jimmy Neutron: Boy Genius soundtrack with Romeo Miller and 3LW, performing a cover of the 1988 hit song “Parents Just Don’t Understand,” after signing with Jive Records in 2001.

14. His 2003 self-titled first album featured the track “Your Pops Don’t Like Me (I Really Don’t Like This Dude)” as well as other songs. 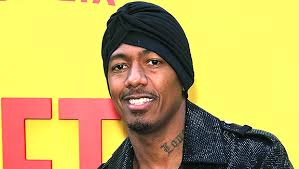 15. Cannon founded his own record company, Can-I-Ball Records, in 2005 with the intention of releasing Stages, his second studio album, later that year.

18. In 2010, Cannon produced “Slick Nick,” a parody of Slick Rick, a pioneer of hip-hop. He released two tracks featuring the persona, including “I’m a Slick Rick,” a freestyle of “Teach Me How to Dougie” by Cali Swag District in which he tried to trash hip-hop icon Eminem, and “Nick’s Story,” a freestyle rap cover of “Children’s Story” by Slick Rick. 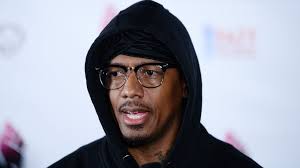 22. Cannon developed and served as the host of the MTV improv comedy series Wild ‘N Out in 2005.

23. On Nickelodeon’s 2005 Kids’ Choice Awards, he hosted the so-called slime stunt, in which a human cannonball was fired into slime.

24. Cannon hosted the fourth, fifth, sixth, seventh, eighth, and ninth seasons of America’s Got Talent, and she is currently hosting the tenth.

25. Nick Cannon also served as the host of Friday Night Slimetime on Nickelodeon for its sole season.

26. He also served as the DJ on Ellen DeGeneres’ Bigger, Longer, and Wider program.

28. On July 4, 2011, Cannon served as the venue for the annual Nathan’s Hot Dog Eating Contest in the United States.

29. Cannon served as the event’s master of ceremonies and was recognized at the annual Ebony Magazine Power 100 Awards on November 4, 2013. 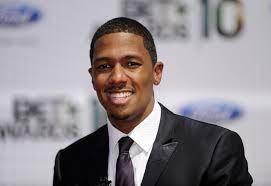 30. Along with Declan Donnelly and Anthony McPartlin, Cannon will serve as one of the show’s three hosts in the spring of 2014.

31. He started presenting NBC’s Caught on Camera with Nick Cannon in 2014.

32. Nick Cannon has served as the network’s development and creative consultant since 2009 and is currently the chairman of TeenNick for Nickelodeon.

33. In 2012, Nick Cannon produced and recorded the theme song for the sketch-comedy series Incredible Crew, which starred six teens. Produced by Cartoon Network Studios and Ncredible Entertainment together, the program.

37. On July 13, 2010, Cannon revealed he would embark on an autumn 2010 comedy tour, which would kick off at the Just for Laughs festival in Montreal.

38. At the Palms Casino Resort in Las Vegas at the beginning of 2011, Cannon taped his debut stand-up comedy special, dubbed Mr. Showbiz. Showtime broadcast the special’s debut on May 14, 2011. Mr. Showbiz’s digital release debuted on iTunes on May 16, 2011, and the album’s physical release followed on May 31.

39. On April 30, 2008, Nick Cannon wed singer Mariah Carey at her exclusive mansion on Windermere Island in The Bahamas.

41. They gave their daughter the name Monroe (after Marilyn Monroe). Given that Cannon proposed to Carey in her Moroccan-themed room and that Scott is both Cannon’s middle name and his grandmother’s maiden name, they called their baby Moroccan Scott.

42. Cannon was admitted to the hospital on January 4, 2012, due to minor renal failure.

44. On March 5, 2012, he revealed that he had been given the diagnosis of lupus nephritis, an autoimmune condition that was the root of his most recent renal issues. 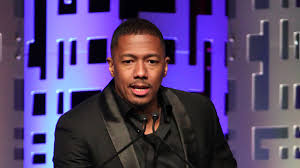 45. Cannon and Carey had a “Fantasy” wedding at the Disneyland Resort on May 1, 2013, where they also celebrated the second birthday of their twins and their fifth wedding anniversary.

46. After considerable rumor, Cannon acknowledged that he and Carey had split up a few months earlier in August 2014.

47. He tweeted, “I love @MariahCarey and that will never change!!” in September 2014. Additionally, Cannon defended Carey, 44, stating that the vitriol she has faced since their split is wholly unwarranted.

In a string of tweets, he added: “The things that enrage me the most are when I hear others disparage @MariahCarey and statements like “I will always love her unconditionally for this and so much more.

I will be forever thankful to her for this.” Because @MariahCarey is such a wonderful mother, I have complete faith in her.” 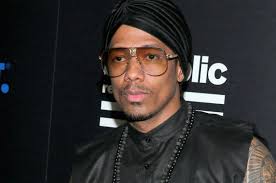 49. For Do Something, Cannon made a PSA in 2011 urging teenagers to identify a cause they are passionate about and get involved in their neighborhoods.

50. Every year on the second Saturday in May, the National Association of Letter Carriers hosts a nationwide food drive. Since 2011, Cannon has been the celebrity spokesperson for the event.