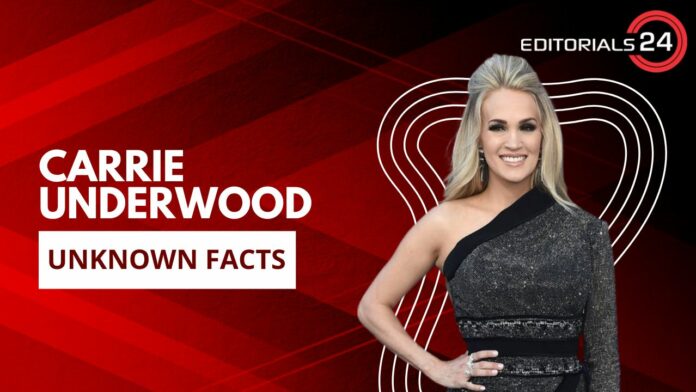 Carrie Underwood has been at the center of the country music world since she won American Idol in 2005. With over 65 million records sold globally, she is currently among the genre’s most popular musicians.

Underwood is renowned for her stunning voice, love of animals, dedication to fitness, and devotion to her family. She wed hockey player Mike Fisher in 2010, and the couple had their son Isaiah as their first child in 2015. Jacob, her second child, was born in 2019.

1. She Was Almost Named “Stacy”

If Carrie Underwood’s Parents Had Chosen Their Preferred Name for Her, You Would Have Heard Ryan Seacrest Refer to Her as “Stacy Underwood” Rather than “your Next American Idol.

” in A Us Weekly Interview Where She Offered 25 Interesting Things About Herself, Underwood Said Her Parents Almost Gave Her the Name Stacy Rather than Carrie. 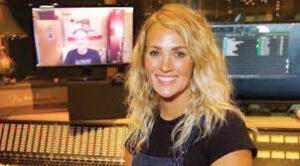 2. Every Year, Her Hometown Celebrates a Vegetable

Because of The Annual Celebration Honouring Okra in Her Hometown of Checotah, Oklahoma, Underwood Is All About Eating Well and Exercising. Okrafest Highlights the Vegetable Since It “was a Mainstay Among the Area’s Native Americans and Early Settlers,” According to Underwood, Who Spoke to Nash Country Weekly.

What Does Underwood Think of The Preferred Vegetable in Her Hometown? It seems that She Adores Fried Okra!

3. She Established a Charity in Her Hometown.

Although Underwood Is Involved in Various Charitable Endeavours, Did You Know that She Also Founded Her Own Organisation? Underwood Established the C.A.T.S. Foundation, Also Known as The Checotah Animal, Town, and School Foundation, in 2009 with The Goal of Assisting the Checotah Neighbourhood.

The Organization’s Official Website Quotes Underwood as Saying, “my Community Is Tremendously Supportive of Me and I Feel Privileged to Be Able to Establish Something as A Means of Giving Back; to Say Thank You.”

The Group Teamed up With Acm Lifting Lives in 2009 to Donate New Instruments to The Community’s Music Programmes Worth $120,000. the Group Participated in A $350,000 Christmas-Time Donation to The Town’s Schools in 2011. That’s Really Impressive! 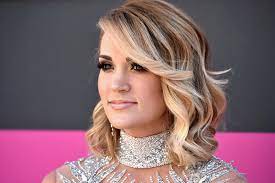 4. She Had an Odd Pet when She Was Young

Underwood Is a Great Animal Lover and Now Has the Dogs Penny and Ace as Pets. but Underwood Had a More Peculiar Pet When She Was a Young Girl.

When I Was Younger, I Had a Pet Duck, Underwood Told Us Weekly. “his Name Was Drake. He Liked to Eat Dog Food and Bite Me.”

5. She Really Enjoys the Smell of One Animal

The Majority of Animals Have Unpleasant Odours, but We Must Confess that Puppies Have a Distinctive Aroma that Is, for Some Reason, Enticing. Despite the fact that Underwood Owns Two Dogs, She Prefers the Scent of A Quite Different Species of Animal.

Skunk Odour Is Probably the Last Thing You Would Consider to Smell “nice,” but Underwood Thinks the Opposite. She Enjoys the Smell, as She Stated to Us Weekly.

6. Before American Idol, She Had Never Flown.

Now, Underwood Makes Appearances at Concerts, Award Shows, and Other Events All Throughout the Country and The World. but Underwood Had Never Been on A Plane Before She Competed on American Idol.

In an Interview with Nash Country Weekly, Underwood Admitted that She Boarded a Plane for Idol for The First Time. Her First Flight Ultimately Resulted in Her Receiving Her Wings and Winning the Tournament, so We’d Say It Was a Success! 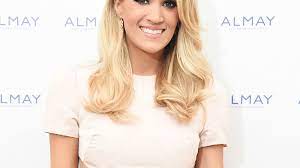 7. Soon, You Won’t Catch Her on A Four-Wheeler

Despite Being from The Country, Underwood Isn’t the Type to Jump on A Four-Wheeler and Ride Through a Field. She Admitted to Being Utterly Terrified of Driving the Preferred Recreational Vehicle of Every Country Fan to Nash Country Weekly.

However, Underwood Is Also Terrified of Motorcycles in Addition to Four-Wheelers. She Claimed That, in General, She Is Terrified of All Recreational Vehicles.

Are “beautiful Little Souped-Up Four-Wheel Drives” Something She Dislikes as Well? if So, It Makes Sense Why She Let It All out In “Before He Cheats”!

In All Honesty, Underwood Isn’t Even Sure Why She Enjoys Horror Movies and Books—perhaps She’s the Last Person You’d Expect to Be a Huge Fan of Either.

Underwood Says in The Video that She Developed the Habit of Borrowing King’s Novels Because Her Mother Read Them All the Time. Underwood Was Enthralled by The Books as A Child and Has Continued to Be a Fan as An Adult. in Fact, King’s 1980 Best-Seller Christine Served as Some of The Inspiration for The Music Video for “two Black Cadillacs.”

9. She Loves Zombies Very Much as Well.

Although Underwood Had the Opportunity to Talk About Her Favourite Programme on Talking Dead, She Told Marie Claire that She Wishes Could Accomplish Much More. I’m Simply Awaiting the Offer. I Might Be a Walking Dead. 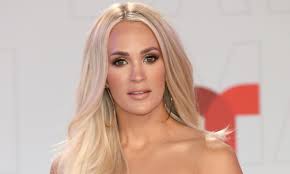 10. if She Doesn’t Do This One Thing, Her Day Will Be Ruined.

In Fact, Underwood Places a High Value on Organisation and Knows She Won’t Be Able to Get Through the Day if She Doesn’t Do One Small Task. She “can’t Function” without Making Her Bed Every Morning, as She Admitted to Nash Country Weekly.

Up until It Is Actually Built, It Will Consume All of Her Thoughts, She Claimed.

Although We Were Unaware of This Aspect of Underwood’s Personality Before, It Is Now Still Another Factor in Our Admiration for Her. What About You? Were You Surprised by Any of These Facts About Underwood?