6 Surprising Unknown Facts About Morgan Wallen- You Need to Know! 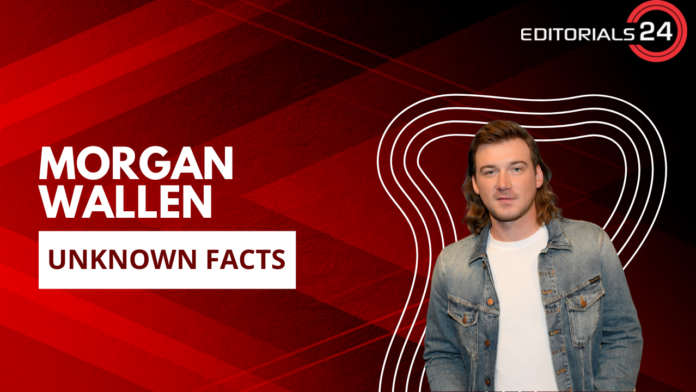 American country music singer and songwriter Morgan Cole Wallen was born on May 13, 1993. In the sixth season of The Voice, he participated, first on Usher’s team and then on Adam Levine’s. After that season’s playoff exit, he signed with Panacea Records and released his debut EP, Stand Alone, in 2015.

“Up Down” (with Florida Georgia Line), “Whiskey Glasses,” and “Chasin’ You” are all radio singles from the album. When it comes to country music albums, If I Know Me topped the charts on Billboard.

A Few Lesser-Known Facts About Him Are Included Here

1. He Is from Tennessee

A native of Sneedville, Tennessee, Morgan Cole Wallen entered the world on May 13, 1993. If you’re a fan of country music, there’s probably nowhere better to be than in Tennessee. Nashville and similar cities have long been fertile ground for country music’s most talented musicians.

Wallen may not always seem very “Tennessee” in his everyday speech, but his music always resounds with that state’s distinctive sound.

To be the son of a pastor is to bear a great burden. Being the kid of a pastor is like being thrust into the limelight at an early age. Wallen was always present whenever the church was open.

The majority of his formative years were devoted to religious observance. It was in the church that he was first exposed to music. At the tender age of three, he began performing in front of his father’s church congregation. That could only have been a portent of bad things to come.

3. His Motivation for Getting a Mullet Is Sweet

Wallen has had a mullet since his 2017 comeback and has no plans to cut it. You’ll be touched by the truth behind his new do: his father, whom he loves and admires, used to wear a mullet.

4. He Once Participated in The Voice

Wallen competed in the sixth season of The Voice in 2014. Morgan Wallen presented himself to the American public on The Voice as follows: “My name is Morgan Wallen, I’m twenty years old, I’m from Knoxville, Tennessee, and I’m currently a landscaper.” “I’m just a regular kid from the ‘burbs who has no idea how to go into music other than this.”

He wowed the celebrity judge Usher with a husky rendition of “Collide” during the audition process, earning a spot on Usher’s team until Adam Levine took him away. Even though Wallen was finally gone from the game a month later, his fate had already been decided. A little bit more people knew who he was when he returned to Tennessee.

5. He Enrolled in Music Lessons

It was Wallen’s mother who first took note of her son’s talent for singing. There was the logic behind her decision to let him perform at the age of three. Wallen thrived under those conditions.

His mother saw how much he enjoyed performing, so she took his stage time and singing to the next level. Wallen started taking music lessons on the piano and violin quickly after. At the tender age of five, he figured out how to read music notation.

Read More: Fans May Not Know These 10+ Cool Facts About Julia Roberts.!

It’s safe to say that Wallen isn’t alone in his admiration for Eric Church, but he is a big fan. In fact, he says that it was Eric Church who first introduced him to country music. Wallen, it turns out, was a rock and roll fan before he discovered and fell in love with Eric Church.

Wallen was inspired by country music’s emphasis on storytelling and decided that was the path he wanted to take. He felt transported over time and space by Eric Church’s song. Similarly, Wallen hopes to do the same with his own.