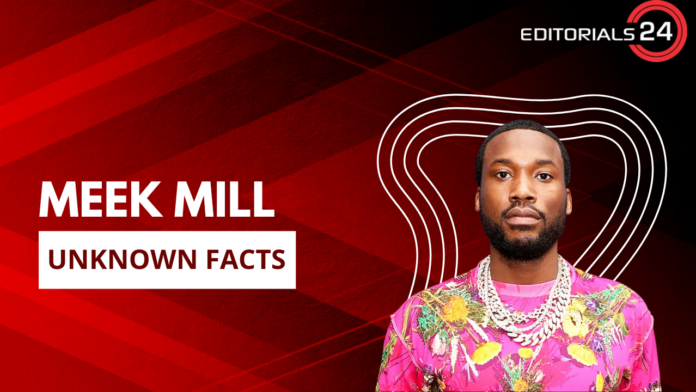 A native of Philadelphia, Meek Mill was born Robert Rihmeek Williams on May 6, 1987. He got his start as a rapper doing battles in Philadelphia, where he grew up, and eventually established the short-lived rap group The Bloodhoundz.

Dreams and Nightmares, Mill’s first album, came out in 2012 via MMG and Warner Bros. Records. The album’s lead track, “Amen” (with Drake), helped push it to the top two on the Billboard 200.

Mill unveiled the official launch of his own label imprint—Dream Chasers Records—in October 2012.

Let’s find out more about Meek and his journey to where he is today so that we can better understand his efforts to better himself and the world around him.

Facts About Meek Mill that You May Not Have Known

If someone had told young Meek the adage “there is a light at the end of every tunnel,” he likely would have discarded it as nonsense. He has been through the fire and the brimstone, and he likely never imagined he would become a major player in the music world. Let’s find out more about what brought Meek to this point in his life and in society so that he can continue trying to make a difference.

Nowadays, many feel the need to hashtag every emotion or experience they have on Twitter or other social media sites. We feel like we’re missing out when there’s a day between updates because of how invested we become in other people’s lives based on the information they share with us.

According to Complex, Meek Mill is fed up with the constant capping and is ready to get back to real-life vibes. Meek removed his Instagram in April 2019 (it has since been restored), although he has stayed active on Twitter.

2. He Was Only 19 Years Old when He Was Arrested for The First Time

Pitchfork claims that Meek was jailed when he was 19 years old, long before he became famous. After 1.5 years in court, Judge Genece Brinkley found him guilty of 7 drug and gun offenses and handed down a sentence of 11.5 – 23.5 months in county prison and 7 years of probation.

Because Judge Brinkley intended to give Meek a chance to stop dealing drugs and focus on his music, he did not give him as severe a punishment as the prosecution had requested.

Although Meek has been linked to a slew of ladies, including K. Michelle and Bernice Burgos, the one he dated after his 2014 release from prison and the one who garnered the most attention was Nicki Minaj. Nicki and Meek are so close that Nicki used Meek as an opening act on her 2015 global tour. Tragically, they called their quits in 2017, for reasons that remain unclear. It appears, however, that Meek was at fault since he admitted to Nicki that he had wronged her.

4. His Father Passed Away when He Was only Five Years Old

Women are increasingly opting to raise their children without their biological fathers, but when a mother is left to do so after the father is murdered, it is a traumatic experience for everyone involved.

Meek continues to convey his anguish in the second verse of “Traumatized,” when he says that he believes whoever denied him his father’s affection will have to pay. After his father’s death, Meek says he had to take on the role of “man of the house,” and he promises that if he ever catches the person responsible for his father’s death, that person will pay with their life.

5. He Has a Collection of Expensive Automobiles

Since Meek has endured so much adversity, it is only right that he rewards himself with a fleet of luxury automobiles. He has several luxurious automobiles, including an Aston Martin Rapide. 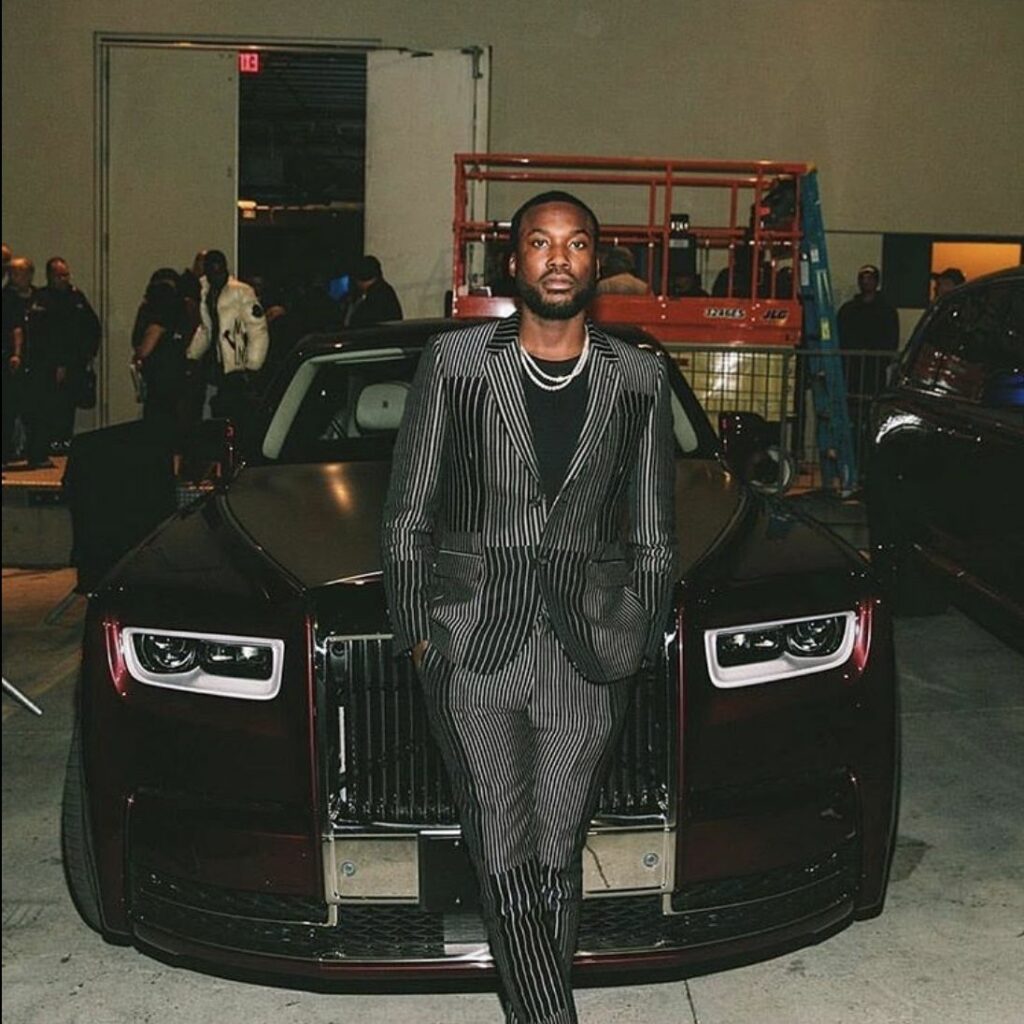 According to hippoleasing.co.uk, the Mercedes Maybach is one of Meek’s several salon vehicles. The interior of his Bentley Mulsanne is what truly sets it apart from the rest of his collection’s automobiles since it takes 150 hours to build and features 5,000 stitches to detail out the insignia on each seat.

6. As A Celebrity, Meek Mill Uses His Influence to Aid Many Different Groups

Since the height of his popularity, Meek Mill has given turkeys to folks in Philadelphia who might not otherwise be able to afford one as part of a Thanksgiving tradition he started and has kept for the past five years.

His custom is to hand them out to locals in person at a number of local churches, but he was unable to do so this year.

However, he will still be able to manage his teams’ efforts from behind bars in order to accomplish his goal of donating 1,000 turkeys to various groups. Meek Mill is determined to continue his positive influence on the Philadelphia community even from behind bars, and he is working hard to ensure that his five-year run of success will not be interrupted by his current situation.

7. Dream Chasers Records, Where He Serves as Ceo

In October 2012, Meek Mill announced the formation of his own record label, Dream Chasers Records. Meek Mill’s mixtapes inspired the name of the label imprint, which is dedicated to fostering the careers of other aspiring rappers. Meek announced the signing of YBS Skola to his record label on Instagram in April 2017. Unlike many successful people, Meek Mill will never forget his roots in Philadelphia, which he frequently celebrates in his music. Based on his own personal experience with poverty, Meek decided to help children from low-income homes by donating over 6,000 backpacks to schoolchildren.

At the age of 62, you’ll be eligible for Social Security benefits.