Editorials 24
HomeCelebrityList of The Top 10 Most Shocking Facts About Elvis Presley!
Celebrity 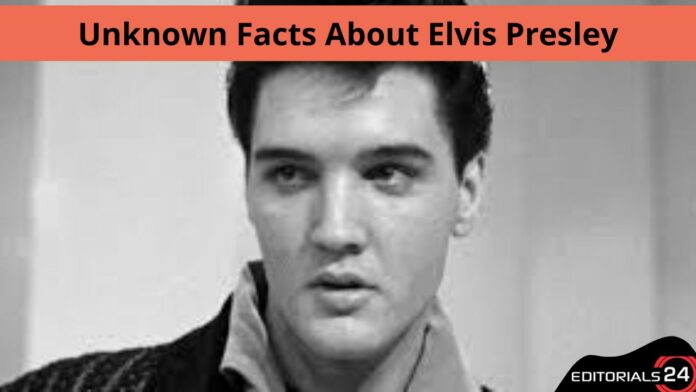 As one of the most famous musicians in history, Elvis Presley rightfully became known as the “King of Rock ‘n’ Roll.” Through the fusion of country, gospel, and R&B, he single-handedly altered the course of American pop music. His onstage antics, especially the hip gyrations that made him famous and earned him the nickname “Elvis the Pelvis,” inspired countless artists and left his detractors bewildered.

Elvis Presley, who died in 1977 at the age of 42, has had a lasting impact on the music industry and continues to sell albums all over the world. What follows is more information about Elvis Presley’s life and career.

1. Elvis Presley Is Closely Associated with Tennessee, but He Was Born in Mississippi.

Elvis Presley was born on January 8, 1935, in Tupelo, Mississippi, but he will forever be associated with Memphis, Tennessee because that is where his Graceland mansion is located. There, Presley started singing and playing guitar; he even brought his guitar to school on occasion to play gospel music for his fellow students. The future King Elvis Presley’s family didn’t relocate to Memphis until he was 13 years old, in 1948. 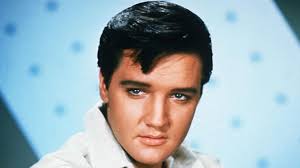 2. Music Critics Were Fairly Cruel to Elvis Presley in The Early Days of His Career.

Early in his career, many critics mocked everything from Presley’s voice to his explicit dancing, despite the fact that he is now one of the most respected icons in music. In 1956, Dorothy Ricker wrote in the Tampa Bay Times, “He cannot sing and his whole performance is crude and disgusting.” She went on to say that “in a comparatively short time he will be forgotten.” (Oops!)

Paul Coates of the Los Angeles Mirror even went so far as to say he wanted to “smack that sneer off [Elvis’s] face and send him out for a haircut” in a column he wrote in October 1957.

Elvis Presley’s 1956 self-titled debut album featured such timeless hits as “Blue Suede Shoes” and “Tutti Frutti,” a cover of a Little Richard song. It featured a photo of a smiling Presley with his eyes closed and his mouth open as he played the guitar, with his name imposed in green and pink font. Decades later, in 1979, The Clash paid homage to this debut with the cover art for their album London Calling, which featured a similar image of bassist Paul Simonon smashing his own instrument alongside the same text.

Jesse Garon Presley, Elvis’s twin brother, was born but did not survive. After the birth, he was quickly laid to rest in a cemetery close to the Presleys’ new home in Mississippi. 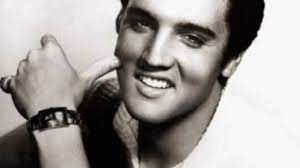 After he made suggestive hip movements while performing “Hound Dog” on the June 5, 1956, episode of NBC’s The Milton Berle Show, Presley’s stage persona attracted as much attention as his music. The 21-year-performance old’s drew the wrath of several religious leaders and media critics, and he was dubbed “Elvis the Pelvis” as a result. On the other hand, it won him the hearts of even more young followers.

6. Elvis Presley Bought Graceland when He Was 22 Years Old.

Graceland, Elvis Presley’s home in Memphis where he died in 1977, is now a museum honoring “The King.” The mansion’s campy, tiki-influenced Jungle Room, where Elvis held some of his final recording sessions, draws hundreds of thousands of tourists every year. At the tender age of 22, Elvis purchased the home in 1957 for slightly more than $100,000. Grace Toof, one of the first residents, inspired the home’s name.

However, in December 1957, Elvis received his draught notice from the Army, much to the dismay of his many devoted fans who had written letters pleading for him to be exempted from service. He was given an eight-week delay from his March 1958 basic training enrollment so he could wrap up filming on the movie King Creole.

Presley served in the Army for two years, including eighteen months in Germany, where he was promoted to the rank of sergeant despite his insistence on being treated like any other soldier. Bye Bye Birdie, about a teen idol named Conrad Birdie who is drafted into the Army, was in part inspired by his service.

8. Elvis Presley’s Love of Fatty Foods Was Prodigious, Especially if Bacon Was Involved.

The Elvis sandwich is a pan-fried peanut butter and bacon and banana sandwich, similar to a grilled cheese but with even more fat. But that wasn’t “The King’s” only extreme food preference; he also liked deep-fried pickles and is rumored to have flown all the way from Memphis to Denver for a single Fool’s Gold Loaf sandwich. To make one, you stuff a pound of bacon, a jar of peanut butter, and a jar of jelly into a hollowed-out loaf of buttery French bread.

9. Elvis Presley Had a Habit of Shooting at Appliances and Other Household Items.

Most notably, Elvis shot at a TV at Graceland that was airing a Robert Goulet concert. Graceland spokesman Kevin Kern told the Associated Press years later that the incident had nothing to do with Goulet personally and that Elvis “just shot out things at random.” (In a bizarre turn of events, Priscilla Presley ended up costarring with Goulet in The Naked Gun 2 1/2: The Smell of Fear from 1991.) 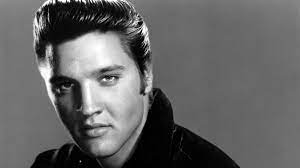 Reportedly while indulging in watermelon, Presley would float flashbulbs in his pool and fire shots at them from his newly constructed firing range at Graceland.

Read more: List of The Top 10 Most Shocking Facts About Marilyn Monroe!

10. Elvis Presley Appeared in More than 30 Movies Throughout His Career.

Between 1956 and 1972, Elvis acted in 31 films, the most notable of which are Jailhouse Rock, G.I. Blues, and Girls, Girls, Girls. Although the films and Presley’s performances were frequently panned by critics, they nonetheless drew legions of Elvis’s devoted fans to the theatres and, later, to record stores to purchase the films’ respective soundtrack albums. Wild in the Country, released in 1961, was the only of Elvis’ films to be a financial failure.

How to Get Water out Of Charging Port? Complete Guide In 2022!