How to Install Android on Windows 10.! 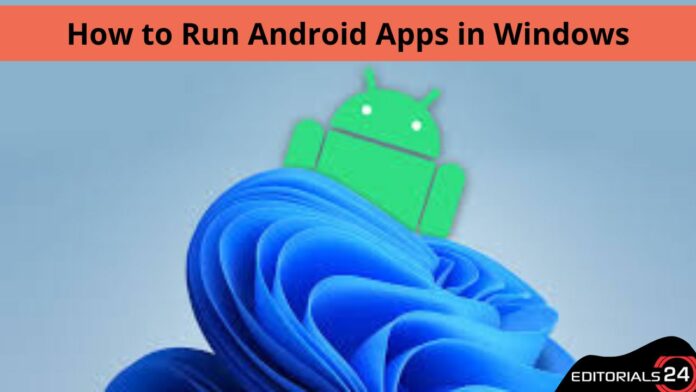 Do you want to use Windows to run Android apps? With a variety of emulators, app players, and mirroring solutions available today, running Android apps on your PC is simpler than ever.

Here are three tools you may use to run Android apps on Windows, whether you want to play Android games on a PC, test and create your own app, or remote control and run apps using your computer.

The Main Goal of The Android App Player Blue Stacks Is to Enable Pc Gaming on Android Platforms. Therefore, It Does Not Accurately Simulate the Entire Android Ecosystem that Developers Would Require.

However, Blue Stacks Is Ideal if Your Goal Is to Merely Test out The Available Android Apps or Play a Mobile Game on A Pc. There Is a Paid Subscription Edition of The Software in Addition to The Free Version.

Due to Its Concentrated Functionality, Installation and Setup Requirements Are Quite Low. Based on A Range of Device Presets (such as Those for One Plus 5 or Samsung Galaxy S8+), You Can Select the Kind of Simulated Environment You Want.

You Must Sign in With a Google Account in Order to Access the Play Store when Using Bluestacks. You Can Start Testing out Apps on Your Pc Right Away After Completing This and A Few Other Quick Setup Steps.

You Can Modify a Number of Settings in The App to Enhance Input and Performance. in The Interim, Blue Stacks Offers Recording and Snapshot Capabilities if You Wish to Stream Your Gaming.

The Ability to Use Gamepads with Blue Stacks Is a Significant Benefit for Mobile Players. when Starting a Game for The First Time, the Programme Also Offers Control Instructions.

However, Depending on Developer Regulations, Not Every Game Will Function on The Platform. for Instance, Blue Stacks and The Majority of Other App Players Have Been Blocked from Pokémon Go by Niantic. 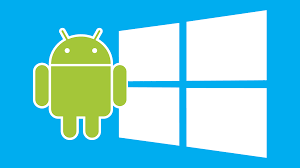 Check out Our Guide to The Top Android Emulators for Windows 10 if You’re Interested in Additional App Players and Emulators.

How Can I Run Android Apps on My Pc?

There Are Primarily Two Methods for Running Android Apps on A Windows 10 Computer.

Emulators Let You Install the Software Locally so That It Is Always Available, but They Use a Lot of Your Pc’s Processing Power. Use the Bluestacks Emulator to Run Android Apps on Your Pc if You Believe This Is the Best Course of Action for You. 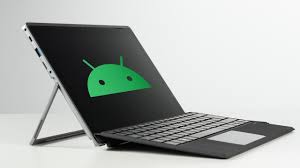 The Alternative Is to Use Your Phone to Run the Software, but Your Computer to View and Use It. This Has the Benefit of Not Having Complex Emulators, but It Also Necessitates Connecting Your Phone to Your Pc when Using Your Apps.

What Is the Use of Emulators?

The Two Most Typical Uses of Emulators Are as Follows:

Since They Don’t Have to Worry About Battery Life, Some Gamers Choose to Play Their Favourite Android Games on Pc. They Can Also Easily Win by Using Simple Tricks.

Before Publishing the Finished Version of A Software or Game, Developers Like to Test It on Several Devices. the Android Studio Emulator Is the One that Is Most Frequently Used for This. 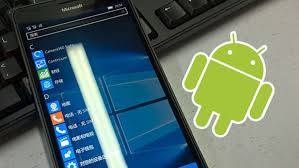 We Have a Practical Solution for You in The Form of The Top Android Emulator for Pc if You’re Wondering How To Install and Run Android Apps on Windows 10. You May Use These Clever Apps to Run Your Preferred Android App or Game on A Large Pc Screen.

Look No Further than Google’s Official Emulator Found in Android Studio for A Fully Functional Android Emulator. You May Imitate the Most Recent Version of Android and Construct a Virtual Device Using Android Studio, Which Serves as The Official Environment for Developing Android Apps.

This Tool Clearly Targets Developers Rather than Average Consumers. as A Result, It Is Considerably More Complicated than A Normal Emulator. the Programme Includes Advanced Emulation, Code Editing, and Apk Analysis.

The Website for Android Developers Has It for Free. the Software Requires Java to Execute, but Fortunately Android Studio Now Comes with The JDK.