Editorials 24
HomeTechnologyHow to Replace the Band on Your Apple Watch!
Technology

How to Replace the Band on Your Apple Watch! 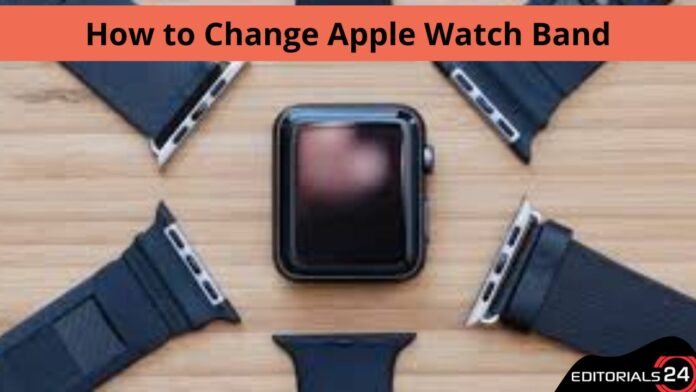 Changing your band on an Apple Watch is distinct from doing it on any other watch, regardless of whether you just bought your first one or wish to do it for the first time. Here’s how to switch up your Apple Watch bands.

On Amazon, there is a tonne of inexpensive possibilities in addition to the wide variety of first-party Apple Watch band selections. The procedure is the same for every Apple Watch model, with the small exception of devices with link bracelets, regardless of the band you’re switching to.

Change the band on an Apple Watch 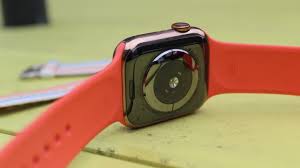 Slide your Apple Watch band back and forth past the center point a few times until you hear a click if you don’t hear one when you first insert it.

The Digital Crown is positioned on the right side by default on Apple Watch. It might be on the left, depending on your settings or which wrist you wear your Watch on.

The majority of Apple Watch bands are made to be worn with the shorter half on top and the longer half underneath (although there is no right or wrong here). To make it easier for you to remember where to place the shorter and longer band sections, keep track of which side your Digital Crown is on.

How to Take the Band Off Your Apple Watch

You must take your old band off the device in order to replace it, whether you purchased a fashionable Case-Mate Apple Watch band or a spare for your current band. Here’s how to take the band off your Apple Watch. 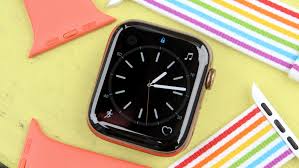 Step One: Prepare Your Surface and Turn Off the Device

Setting up your workspace should be your initial action. The following actions must be carried out on a soft surface to avoid scratches and other issues even though your Apple Watch face is made of either a crystal Retina display (Apple Watch) or Ion-X Glass (Apple Watch Sport). Use a microfiber cloth that won’t lint the Apple Watch if at all possible. As you switch out the band, turn off your Apple Watch so that you aren’t constantly pressing the face or any buttons.

The quick-release button on the back of your Apple Device is what you’ll press next. Look closely because it’s a tiny, flush button that can appear to be invisible. You can use a hard instrument if necessary, but your fingertip or fingernail should work just fine.

Step Three: Slide Out the Band

Slide out the band strap to completely remove it while maintaining pressure on the band release button. The band should slide out quite easily, but if it appears stuck, make sure you’re pressing the release button and give it another go. For every side of the band, repeat this process.

How to Add a New Band to an Apple Watch

It’s time to put your new Apple Watch band on now that the old ones have been removed. But bear in mind that you can’t just use any watch band; you need one that was made specifically for the Apple Watch!

Step One: Slide Until It Clicks

The little writing on the new bands should face you as you slide them into position. Place the replacement band in the Apple Watch’s strap slot after that. Thankfully, you can slide your new Apple Watch bands onto the sides without having to hold the release button. The band should, however, feel secure in position and you should hear a click. It should also be simple to put on and never be pressed.

Step Two: Make Sure the Band Is Secure

Wearing your Apple Watch with its straps not completely fastened is the last thing you should do. To make sure the Apple Watch band connection is solid and won’t fall from your wrist, double-check that each band is firmly fastened and give each one a little tug.

Step Three: Adjust the Band to Fit Your Wrist

Adjust your new Apple Watch bands to suit your wrist before anything else. The brand and model will determine how you adjust your new band in the end. However, you must ensure that it is securely fastened and never too loose that it might unintentionally come off.

How Did J Balvin Become so Well-Known, and What Is His Net Worth?