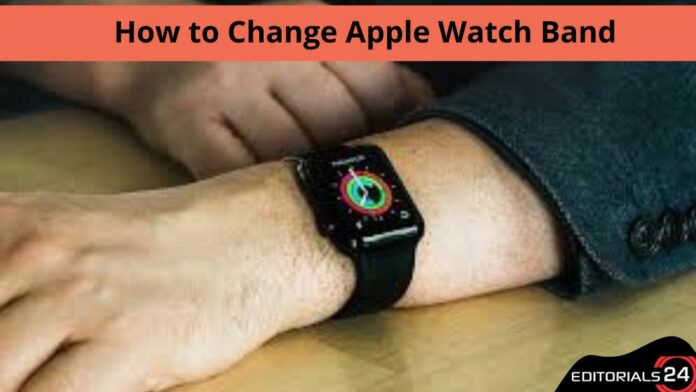 Apple Watch bands are arguably the most popular tech accessory, with some individuals possessing a band for every outfit. This article will demonstrate how to alter the band to match your mood and personal taste.

When it introduced the Apple Watch in 2015, one of the smartest things Apple did was establish a standard for interchangeable watch bands. Since then, thousands of band styles have been produced by Apple, Apple partners, and virtually any company with the necessary equipment.

You can get four different bands for under ten bucks (total). If you have more fashion sense than common sense, Apple sells the $849 Hermes Fauve Barénia Gourmette Double Tour leather band.

Regardless of the band(s), your purchase, it is simple to swap them on an apple watch. Typically, this involves a few straightforward steps:

Changing the Band on The Apple Watch

The first step is to flip the watch over and locate the small buttons next to the bands. There are two of these buttons on the bottom of the Apple Watch, one near each edge.

It can be somewhat difficult at times but press that small button in. As you do so, begin to slide the old band out of the watch’s holding channel.

If you look closely inside the sleeve, you can see a mechanical connection between the button on the exterior and a small pressure plate within the channel.

The majority of bands have small pressure zones corresponding to the area. Here is the sports band I intend to use with my Apple Watch. 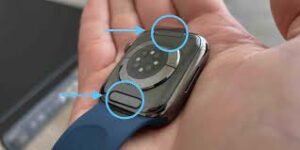 How to Install a New Band on An Apple Watch

Installing the new Apple Watch band is next. It can be a challenge the first time you want to change the band because you may not remember doing it when you first received your Apple Watch, despite its simplicity. The only consideration is the correct orientation of the band. The side facing down typically has a metallic center section that aligns with the Apple Watch’s release button.

Your new Apple Watch band should now be ready for use. The ease of changing Apple Watch bands and the astounding variety of bands available from Apple and third parties may not be the primary reason to purchase an Apple Watch, but they certainly increase its appeal. 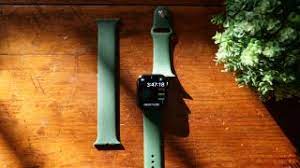 How to Change the Band on Your Apple Watch

1. Press and hold one of the two buttons located just below each end of the wrist strap on the back of the Apple Watch case.

2. While holding the button, slide the end of the band to the left to remove it.

Repeat steps 1 and 2 on the opposite end of the watch to remove the band entirely.

4. To install a new band, slide one end of the strap into the Apple Watch’s case from the bottom right.

Repeat step four on the opposite side of the Watch case.

Take note of the size of your Apple Watch Series 8, Apple Watch SE (2022), Apple Watch Ultra, or any other Apple Watch model before purchasing a replacement band. If you don’t know it off the top of your head, measure your wrist; the size is listed on the underside of the smartwatch.

Obtain a 41mm band for a 38mm, 40mm, or 41mm Apple Watch. Obtain a 45mm band if your Apple Watch is 42mm, 44mm, 45mm, or 49mm in diameter. In terms of compatibility, the smaller and larger sizes are grouped together, though this does not apply to Apple Watch Series 2 or earlier models.