Google Pixel Buds: What Are the Features of Google A-Series Pixel Buds? 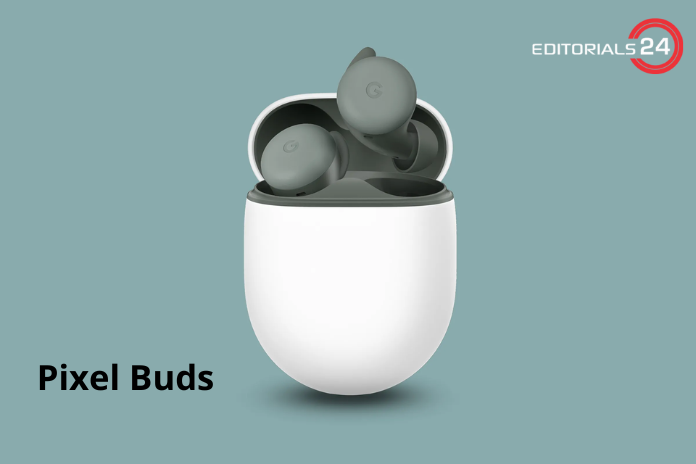 Google has finally made the Pixel Buds A-Series official after months of speculation and short appearances. They are largely identical to last year’s truly wireless Pixel Buds in terms of both design and features, as the early clues suggested.

There are a few significant variations, but the A-Series’ low price of $99 stands out as the most significant one. I’d argue that some functionalities are probably not necessary for that price. 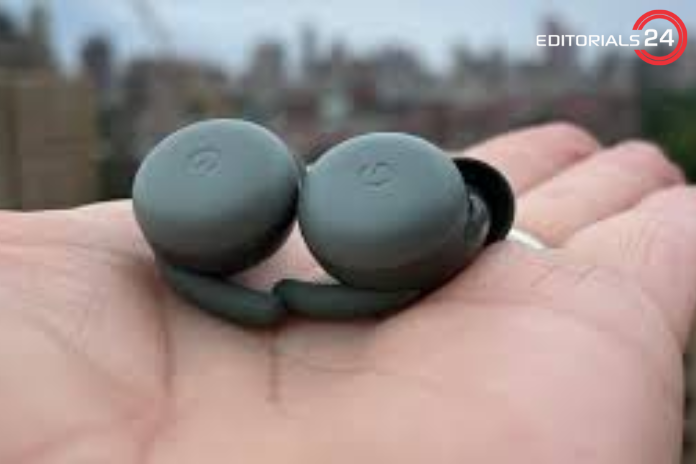 The Pixel Buds A-Series are made in the same style as the Pixel Buds introduced in 2020. You could have trouble telling them apart if it weren’t for the new Dark Olive colour choice and the white version’s two-tone design that uses grey instead of black.

The A-Series includes two charging contact points instead of three, and the design of the microphone apertures is one of the minor variations. The “stabiliser arc” that helps the earbuds stay in your ear is still on the rear.

Since they are still small and spherical, they tuck in neatly rather than sticking out from your head like a set of antennae. The restoration of spatial vents also contributes to the comfort level by removing the earplug sensation. Finally, the A-Series is IPX4 rated for worry-free workouts.

The A-Series’ primary appeal, like those of the other two Pixel Buds models, is its extensive Google Assistant integration. And despite the lower cost, Google didn’t skimp on the functionality in this case.

By simply saying “Hey Google” or “OK Google” when you need it, you can still access Assistant without using your hands. You can turn this off in the Pixel Buds app if you prefer the long button push, but not having to reach for your ear when your hands are full is always convenient.

The A-Series also has Google Translate. Like before, the Conversation Mode feature does a respectable job of translating both sides, but minute delays occasionally make talking difficult.

Of course, you’re at the whim of Translate’s capabilities, which aren’t perfect. Even still, the function is just as useful on the A-Series as it was on the Pixel Buds from a year ago, and it might come in very handy when travelling abroad is once again an option. In most cases, it’s not “real-time,” but it’s close enough to be helpful.

On the Pixel Buds A-Series, Google Assistant is adept at alerts as well. You may ask the virtual assistant to deliver information on texts, emails, calendar events, traffic, and flight status, just like last year.

Long pressing the earbuds will allow you to hear the entire message if you need to. Additionally, Assistant may be used for everything you frequently require, including managing music, getting the weather, and finding the closest burger joint.

Attention Alerts and Share Mode are two features that were left off of the Pixel Buds in favour of the A-Series. The first is an experimental function that reduces the volume and plays a chime when the earphones detect a supported sound, such as a baby crying, a dog barking, or emergency vehicles.

According to Google, this is a result of the A-Series not having the same on-device sensors as the 2020 model. Second, Share Mode lets you share an earbud with someone else while still giving you both independent volume settings. The manufacturer claims that this is absent since there is no accelerometer or gyroscope. 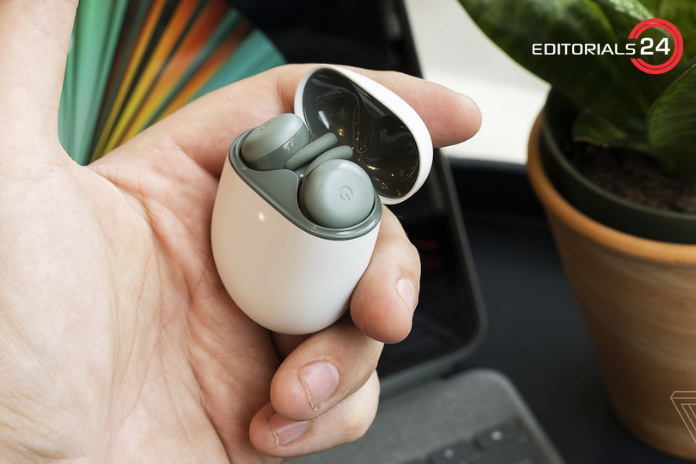 The Pixel Buds from last year sounded fantastic right out of the box, but certain genres had a pronounced bass deficit.

The sound profile of the A-Series is mostly the same: a well-balanced combination of highs, mids, and lows throughout genres, with good clarity in the details and depth that prevents things from seeming compressed.

Google introduced a bass boost option to the Pixel Buds app to augment the low-end tone in response to the previous model’s lack of bassy thump. It undoubtedly aids, but the setting is all or nothing.

Both manual EQ tuning and sound preset choices are still unavailable. Thankfully, bass boost adds a powerful, deep tone to metal albums like “Born for One Thing” by Gojira and hip-hop tracks like Bun B’s “This World” that was before missing.

The A-Series has Adaptive Sound, which automatically adjusts the volume to account for variations in ambient noise. Similar to last year, the temporary adjustments are modest, and I’d prefer the volume changes to be more obvious in order to effectively battle the greater noise surrounding me.

I understand that Google doesn’t want to harm my hearing by abruptly turning up the level, but a more drastic change would be beneficial. And to be clear, it’s not a substitute for real active noise cancelling (ANC).

Many users of the Pixel Buds in 2020 experienced Bluetooth problems that caused frequent dropouts and subpar music. Google reportedly made some changes to the wireless connectivity in March, and the company acknowledged to Engadget that it enhanced transmission power.

The A-Series earbuds connect to the source device simultaneously, according to Google, as opposed to only one sending a signal to the other. The company clarified that in addition to enhancing connectivity, there should be a decrease in latency. I haven’t yet encountered any dropouts, thus the improvements appear to be working as intended.

Due to the A-Series’ beamforming microphones, Google promises good call quality, just like practically every other set of truly wireless earbuds these days. The manufacturer makes the claim that this will “concentrate on your speech and decrease outside noise,” as do many others, and it does so.

The majority of earphones make you sound like you’re on speaker phone and don’t actually do much to cancel out outside noise. The A-Series won’t make you sound perfect, but they do cut down on background noise so that your voice is heard more clearly.

Read more: Podercard Loan: How to Apply for A Podercard 7500 Loan? 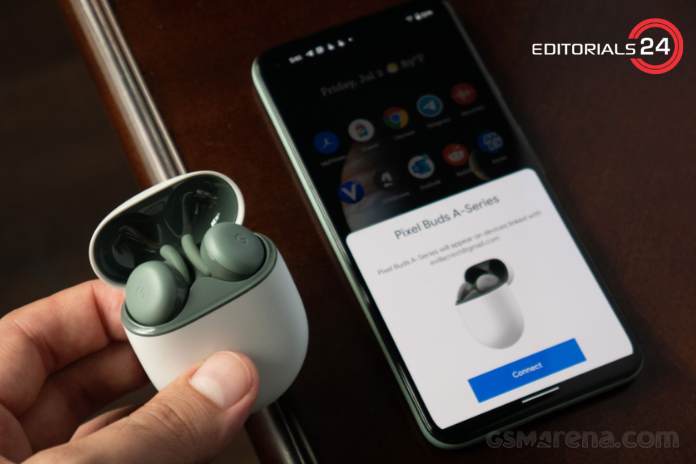 Battery life is just another aspect of the A-Series that Google left unchanged. Similar to the Pixel Buds, the manufacturer claims that you can expect up to five hours of listening time and two and a half hours of speaking time before you’ll need to dock these in the case.

The total listening time is 24 hours when that item is included. I was able to come close to the claimed figure, barely falling short by around 15 minutes, unlike the 2020 model. It’s interesting to note that the Pixel Buds app displayed 0% a few minutes before the earphones truly ran out of power.

However, the quick charge mechanism has changed, now enabling three hours of listening in 15 minutes as opposed to the previous two hours in 10.

One significant change between the Pixel Buds and the A-Series in terms of battery life is the absence of wireless charging.

This less expensive model no longer supports Qi-certified accessories. When the earphones and case are fully depleted, you’ll need to seek a USB-C cord. Depending on your priorities, this can be a deal-breaker or a no-brainer for saving $80.

Google is expanding its truly wireless lineup with two Pixel Buds versions to compete with Apple and Samsung. What the “normal” AirPods are for Apple, the A-Series are for Google. Apple also provides versions with and without a wireless charging case, similar to Google.

The H1 chip allows for rapid pairing and hands-free access to Siri on both models of AirPods. Additionally, they both have the same battery life as the Pixel Buds and A-Series.

However, Apple’s regular earphones are more pricey, costing between $159 and $199. You get the most out of AirPods when you pair them with an Apple device, just like with Pixel Buds and other Google products.

The Pixel Buds A-Series have the most direct competition from the Galaxy Buds+, which cost roughly $100 (initially $150). Though there are some Bixby-friendly features, there is no substantial connection with Google Assistant.

The 14 Most Fascinating Truths About Joe Biden.!