How Old Is Gregory ? In FNAF Security Breach! 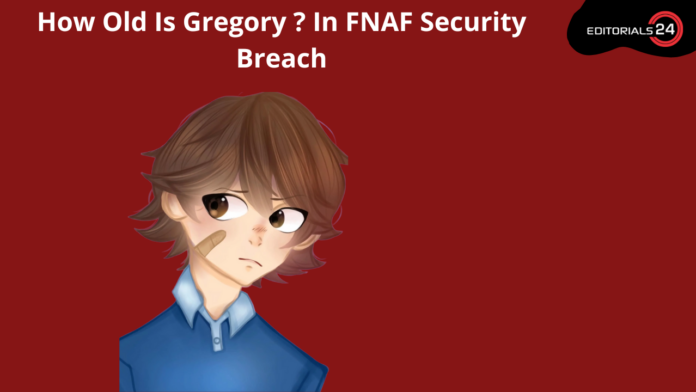 The game was released on December 16, 2021, for Microsoft Windows, PlayStation 4, and PlayStation 5, with ports for additional platforms following. The game takes place in a mall, as opposed to earlier entries in the franchise, which typically take place in a pizzeria and only have one night instead of five.

Since then, it has drawn criticism for a number of issues and flaws that have impeded gameplay and player performance.

American media company Five Nights at Freddy’s (FNAF) is founded by Scott Cawthon. It all began with a video game of the same name that was released in 2014; since then, it has been increasingly well-known all over the world.

Eight survival horror titles make up the main video game series, which is set in the world of the family-run pizza joint Freddy Fazbear’s Pizza.

The player usually takes on the position of a nighttime employee who has to defend themselves from hostile animatronic figures utilizing tools like security cameras, lights, doors, and vents.

Gregory FNAF Security Breach: Who Is He? 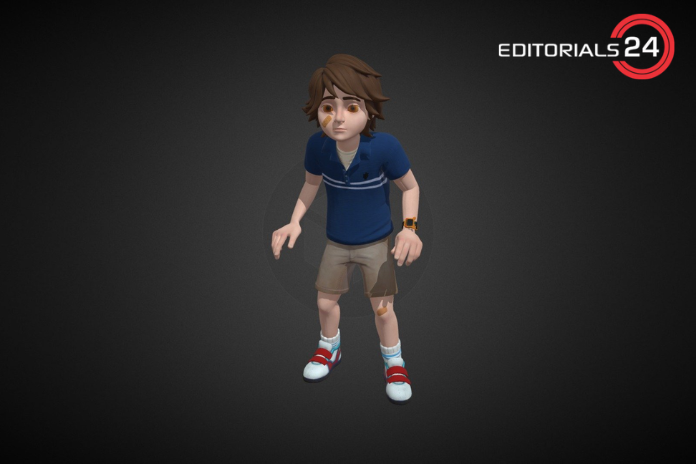 The main character in Five Nights at Freddy’s: Security Breach is Gregory. Gregory was later shown to have been homeless prior to the events of the game, which indicates that he either fled his home or is an orphan living in a cardboard box.

Later, he made his way to Freddy Fazbear’s Mega Pizzaplex, where he probably resides. But when he discovers the pizzaplex’s dark secrets, all the doors lock at closing time, keeping Gregory within.

Gregory must navigate Freddy Fazbear’s Mega PizzaPlex after becoming trapped inside it while dodging animatronics and learning the truth. Gregory can run away from animatronics or toss things at them to divert them, but he will need to move quickly to avoid being seen.

He will probably be discovered by the animatronics if he stays too long in a hiding area. He has a flashlight that he obtained from the Daycare that he may use to see in dimly lit areas, and he wears a Faz-Watch that gives him access to his assignments, the camera system, and a map of the Pizza Plex.

The map can only be accessed later in the game. Although Gregory’s watch has an infinite battery, it displays the flashlight’s power level and notifies him when it needs to be refilled. He can temporarily paralyze opponents by using weapons.

He can either utilize the Faz Cam to shock them or Glamrock Freddy’s assistance to go past animatronics directly. Gregory appears to be a scared young youngster escaping from Vanny in the trailer. This is further demonstrated by the Funko statue, which depicts him as hidden within Glamrock Freddy.

In the course of the game, he is also revealed to have a grating demeanor. He claims that when he receives “crappy” items or learns he has five more hours to live, he usually feels a little irritated or angry.

This personality most likely developed as a result of his independence, homelessness, and need to fend for himself. He develops a bond with Glamrock Freddy and does his best to assist him.

How Old Is Gregory?

You must be familiar with Gregory if you’ve played FNAF Securit Breach. The popular game’s primary character is Gregory, and the player will control Gregory the entire time. The player takes on the character of Gregory and explores Freddy Fazbear’s Mega Pizzaplex while Gregory is imprisoned inside to find various secrets.

Gregory’s supporters around are curious about his age in the game. Many players may be disappointed that Gregory’s exact age was not revealed by the game’s creators.

It should be emphasized that these are generally accurate estimates; given his build and appearance, many people estimate Gregory’s age to be between 10 and 12. Given the popularity of the subject, it will be intriguing to see whether the creators ever provide further details about Gregory’s age.