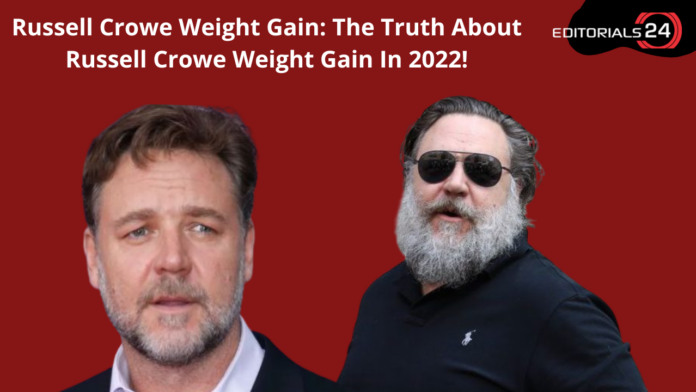 Russell Ira Crowe, best known by his stage as Russell Crowe, was born in Wellington, New Zealand, on April 7, 1964. Known for his acting prowess, he is a well-known public figure. He is well renowned for his work as a musician, actor, and film producer. Crowe seems to be a well-traveled individual who has held a number of jobs over the course of his career.

Russell Crowe (@russellcrowe) has put on weight in order to prepare for a number of films; for the 2008 film Body of Lies, he added 63 pounds.

Most of us immediately think of the time Russell Crowe shed 40 pounds for his role in Gladiator when someone brings up his weight. But did you know that the actor underwent significant weight growth as well as weight loss to prepare for the role? 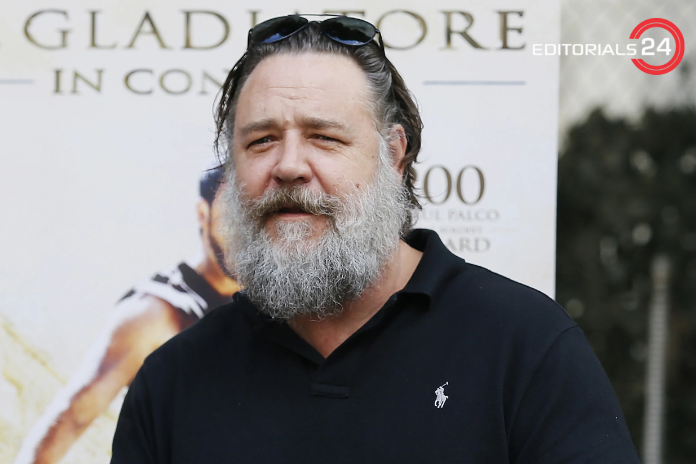 Unhinged, Russell Crowe’s movie from 2020, did not perform well enough at the box office to have an impact on the audience, therefore the general public may not be aware of Russell Crowe’s weight increase.

Perhaps fewer people are aware of his weight increase since, despite his character in the film is much larger due to a lack of concern for his health, he did not acquire any weight for the film.

There is no denying that Russell Crowe is one of Hollywood’s most devoted actors, but this example doesn’t help to demonstrate that because, for Unhinged, all he did was wear a bulky suit to physically inhabit his character. It begs the question, “Why?”

He had first intended to pass on Unhinged, but after reading the script aloud to a buddy, he had a change of heart because he now understood the film’s subject matter and found the script to be intriguing.

Thus, portraying a man who had fallen apart and turned into a psychopath was part of what could be considered his passion project. He had to change himself into someone who appeared to have little interest in maintaining his health. Why then didn’t he put on weight to play the part?

This dates back to when he first put on weight in order to prepare for another movie. He received a role in Ridley Scott’s Body of Lies in 2008. Now Scott saw the CIA boss figure Russell was intended to play as a former athlete who had lost his way. He, therefore, asked Russell to gain a substantial amount of weight.

Because he is the serious actor that he is, Russell Crowe gained 63 pounds for the role, which he was first okay with but subsequently started to have some troubles with. He stated of the weight increase for the role,

I’m not sure what I was thinking when I noticed my stomach dangling between my legs. I’m not sure if I would repeat that.

But that wasn’t the first time he put on weight in order to look the part. He gained weight in 2019 to portray the late chairman and CEO of Fox News, Roger Ailes, in the Showtime television series The Loudest Voice, and he hardly resembled himself.

Russell Crowe attempted to stop all the conversations at the time about his changing appearance and weight gain. While he was glad to describe the work that went into his metamorphosis, he said that the preparation took up most of the piece, which he found to be uninteresting.

He also told Intouch Weekly, via his source, that he will eventually return to fighting weight since he disliked the attention being paid to his weight.

And speaking of the query, how does Russell Crowe appear these days? Other than the weight gain he had already experienced, he doesn’t appear to have put on any weight. He was attempting to reduce weight last we heard.