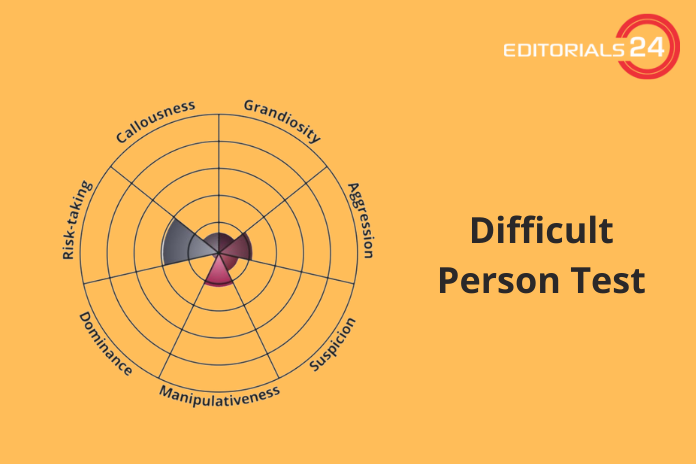 There are so many different personality tests available, some more intricate than others. It can be fun to tinker with these and see if they match up with who you consider yourself to be in the world—or even use them as friendly guides that point out areas that could use some work or development.

What is the difficult person test?

Based on personality studies conducted by clinical psychologist Chelsea Sleep, the Difficult Person Test is an online test that assesses whether a person is difficult to get along with. Callousness, grandiosity, aggression, suspicion, manipulativeness, dominance, and risk-taking are the seven traits that the exam specifically measures.

A website called IDRlabs developed the test. Individual Differences Research, or IDR, asserts that it develops exams based on peer-reviewed academic research.

Although they claim to be independent of any particular researchers or research organisations, Sleep has admitted to other media outlets that she was not involved in the development of the Difficult Person Test.

Nevertheless, the test has become more well-known recently as a result of social media, expanding on the work of Sleep and her colleagues.

The IDRlabs website is the only place to take the Difficult Person Test (at least, the particular version that has gone viral).

Seven Characteristics of A Difficult Person.

The test study, conducted by Sleep and her colleagues at the University of Georgia, looked at the structure of hostility and the main elements that can lead to someone being perceived as aggressive.

According to Joshua D. Miller, PhD, a personality researcher and professor of psychology at the University of Georgia who oversaw Sleep’s research, the team doesn’t exactly describe these features as “difficult” (Sleep was not available for comment).

He explains, “We refer to it as disagreeableness; it is a spectrum that extends from antagonism to agreeableness.

In light of this, let’s examine the seven characteristics that the IDRlabs test deems challenging:

Being indifferent and showing savage contempt for people is called callousness. People who exude callousness may cause others to feel uneasy or protective around them. If it psychologically harms the recipient, being callous all the time might be tiresome, says Miller. 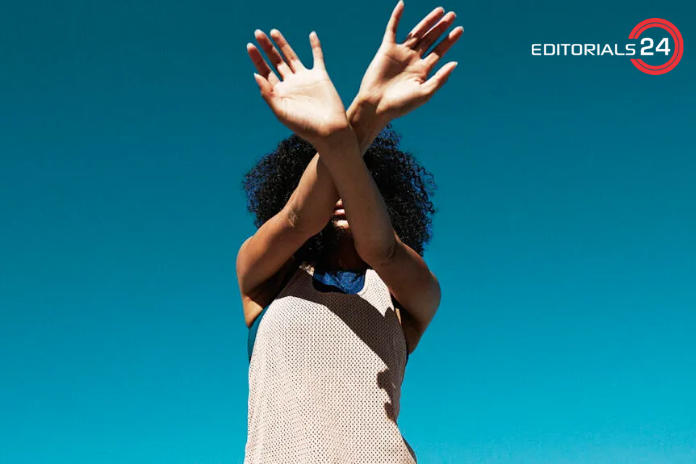 Grandiosity involves an exaggerated sense of superiority over others, which can result in boasting, disdain for other people, or the conviction that one is exempt from common laws and restrictions.

Notably, research has revealed that grandiose inclinations aren’t indicative of a healthy sense of self-worth but rather a superiority complex in which a person believes they are different and superior to others. This characteristic can damage relationships and one’s well-being and is also a sign of narcissism.

Aggression is correlated with hostile, violent, or coercive behaviour. Aggressive persons frequently do not strive for interpersonal harmony, peace, or goodwill.

Miller provides a useful illustration of when being aggressive may be appropriate and when it may backfire: “In my academic work, I could argue with people in my field and be disagreeable without much trouble or costs—but if I behave that way at home and in other contexts in a pervasive manner, it would be closer to something we might consider a problem.”

Suspicion is the idea that something is wrong despite a lack of evidence or proof. There are times when being careful with one’s trust may be beneficial, but when suspicious instincts get out of hand, problems like conspiracy theories and pseudoscience may emerge and cause harm to other people.

Manipulators are those who frequently try to affect the thoughts or feelings of others for their own ends. It is problematic and viewed negatively when manipulation is used as a trait to ignore logic, lie, or exert pressure on someone to act in accordance with the influencer’s wishes.

Having control and sway over others is referred to as dominance. Even while these characteristics can be employed for good, a dominant personality can easily veer toward excessive hostility and is therefore challenging to get along with. It might be difficult to manage with a dominant personality, for instance, if your employer lacks emotional intelligence. 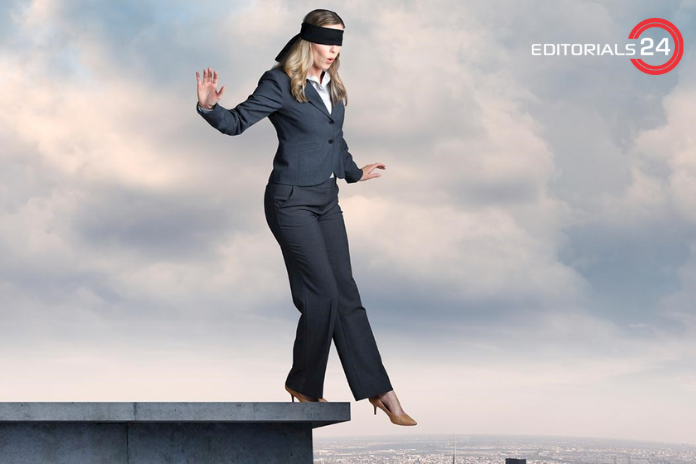 Finally, you may define yourself as a risk-taker if you’re willing to take action that carries a high degree of risk in the hopes of achieving the desired outcome. There are many advantages to taking risks, but if one does not think about how their impulsive actions may harm others or put them in danger, risk-taking can quickly turn destructive and chaotic.

Miller does not, however, believe that taking risks should be on the list. He informs mbg that risk-taking is not included in this construct in the paper on which this is based. It is published because other articles do.

Read more: What to Expect from Marijuana Withdrawal: Explained in Brief in 2022!

Is the examination valid?

No, and yes. The Difficult Person Test is based on peer-reviewed research, although the creators of that study weren’t involved in creating the online version created by IDRlabs.

In their research, Sleep, Miller, and their associates aimed to develop a more complex understanding of personality structure. Their study, which recruited 532 people from a sizable southern university and was based on regularly used assessments of pathological personality traits, studied the nature of hostility. Their research showed how antagonism manifests as a trait at various intensities and levels of specificity.

Miller makes several important observations, one of which is that fixing antagonistic qualities makes them a problem. He says, “A flexible personality is a healthy personality.” “You want your personality to change somewhat depending on the situation.

It’s a problem if you can’t change who you are to fit specific needs. If you are tough in every situation, it may be a sign of a disorder if the issues are widespread, ongoing, and severe.”

Guarino tells mbg that “[difficult people] believe it is OK to be disrespectful of other people’s limits and will frequently refuse responsibility for their deeds and try to dominate others.” Here, it is essential to be completely honest with yourself and open to change and flexibility.

Miller also points out that people may be challenged for a variety of reasons that are unrelated to hostility. For someone who needs regular reassurance, emotional dysregulation may be “challenging,” he claims. “There are many causes for someone’s difficulty. That does not imply that they are a jerk.”

Therefore, it is not necessarily beneficial to be connected to your results or believe that they are set in stone when taking The Difficult Person Test. Instead, it might be useful to use the results as a friendly guide to highlight any areas that might need improvement or that you might not have been aware of.

It’s also important to keep in mind that, regardless of your outcomes, employing flexibility and fun in addressing personality characteristics is a powerfully beneficial technique. Shame and judgement, on the other hand, are never helpful for personal growth.

The “dark Triad,” or The Three Dark Personality Types 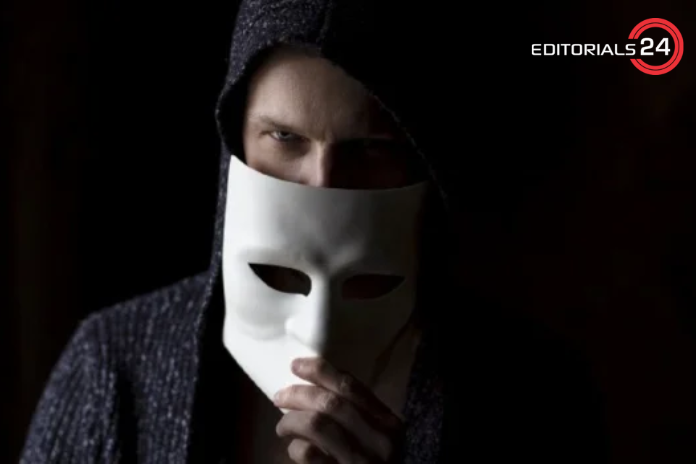 Because hostility lies at the heart of these three personality types—narcissism, Machiavellianism, and psychopathy—the Difficult Person Test research have relevance to the “Dark Triad” of dark personality types in psychology.

Miller claims that the traits of callousness, ruthlessness and an obsessive concentration on one’s desires at the expense of others are shared by narcissism, Machiavellianism, and psychopathy.

The most pathologized condition is psychopathy, he claims. “The least adaptive and unhelpful in all contexts is the combination of strong impulsivity and intense disagreeableness.” (He adds that he dislikes the term “Dark Triad” since it misrepresents these characteristics.)

Expanding on the three characteristics, Guarino says “An inflated ego and a sense of entitlement are common narcissistic features among problematic people. Machiavellianism can also be detected in problematic individuals through aggressive, manipulative, and suspicious behaviour patterns.

Last but not least, psychopathic behaviours—behaviours that show a lack of empathy for others—can be exhibited in challenging individuals through impulsivity, risk-taking, and carelessness and insensitivity toward other people’s feelings.”

Read more: Does Vraylar Cause Weight Gain? Its Side Effects Explained!

What to Do if You’re a Difficult Person

What should you do next if the Difficult Person Test or other people identify you as tough or if you just have a suspicion that you might be difficult?

Guarino asserts that while difficult individuals may exhibit characteristics of the dark triad, they frequently do not aim to be difficult or may not be content with their difficult nature. She argues that although difficult people may not wish to behave in this way, they are unable to break out of their own cycles of problematic conduct.

Guarino advises that it is preferable to speak with a therapist if you want to address your problematic behaviours and learn how to control and enhance them. You can learn how these challenging behaviours evolved and what function they serve for you by working with a mental health professional, the author says.

Your therapist will then be able to assist you in learning healthier coping mechanisms and behaviours to replace the challenging ones that are upsetting both you and your loved ones. They can also teach you techniques for handling stress that can lessen reactivity.

Miller also emphasises that you must first be motivated to change since no one else will carry out this job on your behalf. People who conduct this job are very bold because changing seemingly rooted personality traits is frequently a hard process.

Miller advocates “faking it till you make it” in addition to possibly seeking help from a mental health professional in order to lessen or decrease natural default tendencies. Even if you don’t feel it, try to treat them with kindness and respect, he advises.

Even if you are unable to empathise, you should still show sympathy. Try to act more kindly and civilly, and then assess whether your life has improved as a result. Motivation will rise as you find indications of general progress in your relationships with others and with yourself.