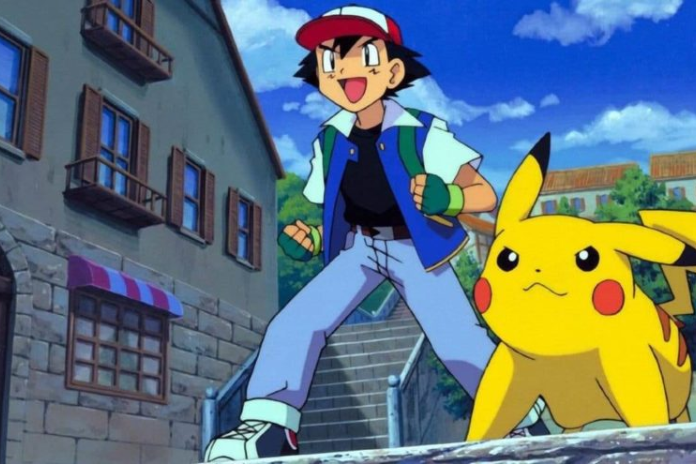 One of the franchises with the most devoted and active fanbases is the Pokémon series. Even though Nintendo has published numerous original games, some fans still feel that there is a need for new adventures in the “pocket monsters” realm.

As a result, there are an increasing number of Pokémon ROM hacks. These are video games that have been modified by knowledgeable fans to feature entirely new plots and visual styles as well as new worlds to explore. You have access to virtually unlimited ideas, people, and plotlines as more and more modifications start to arise.

You can find it challenging to identify the games that are most deserving of your attention with the abundance of options available. The top Pokémon ROM hacks ever created are listed below to aid you in your decision-making. Just get ready to catch them all by getting your Pokéballs ready. 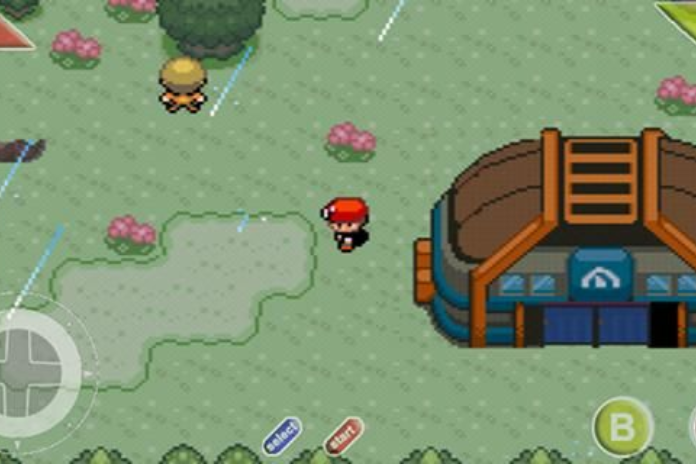 You’ll probably fall in love with Pokémon Dark Rising games right away if you enjoy epic sagas like One Piece. You can immerse yourself in the plot because they are ROM hacks that are heavily narrative-driven. It has gained notoriety as the longest Pokémon tale created solely by fans. It currently has three games:

The gameplay in this game is simply wonderful, in addition to the fantastic tale. Additionally, there is a large variety of Pokémon for you to catch and train in this ROM hack; you can view monsters from practically every generation. A beautiful cherry on top would undoubtedly be the addition of the “Dream World” skills. 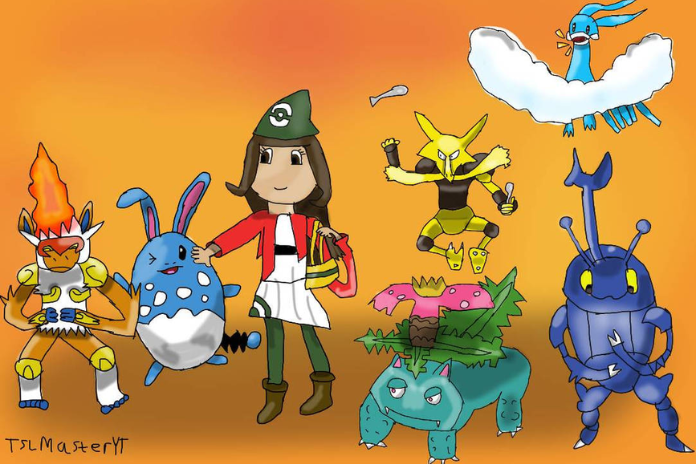 One of the most well-known Pokémon ROM hacks, created by Spherical Ice and based on the Fire Red version, is Pokémon Gaia. It has a lot in common with the original game in that it offers players a complete Pokémon experience, complete with an intriguing new plot and fun gameplay.

This ROM hack contains some fantastic bonuses that are worth highlighting. First, let’s talk about the soundtrack. Although Fire Red and Ruby’s original soundtracks make up the majority of it, several excellent new songs have also been added. The fight theme of the region’s bad squad, the Elder Knights, for instance, is superior to the majority of Third Generation songs that were produced on purpose.

Aside from that, the game has a compelling storyline and numerous characters with fully unique sprites. It is truly excellent stuff for a ROM hack, suitable for all true fans.

One of the best Pokémon ROM hacks created for the game’s Emerald edition is called Pokémon Glazed. Your character first appears when they are just turning twelve and are able to select their Pokémon companion. However, the circumstance in the Tuned region is difficult since a mysterious force is causing the real world and the Pokémon world to collide.

As you play the game, you’ll run into weird teams with an enigmatic goal, make friends and allies, and work with other trainers to restore peace to the globe.

Additionally, by using this ROM hack, you can play a new version of the Emerald game with updated skills and equipment while also re-meeting your favorite legendary Pokémon and admiring the exquisitely created environments, maps, and structures.

You now have access to five Starters rather than just three, which is significant. Additionally, you have more geographic exploration options than in the Pokémon Emerald game. 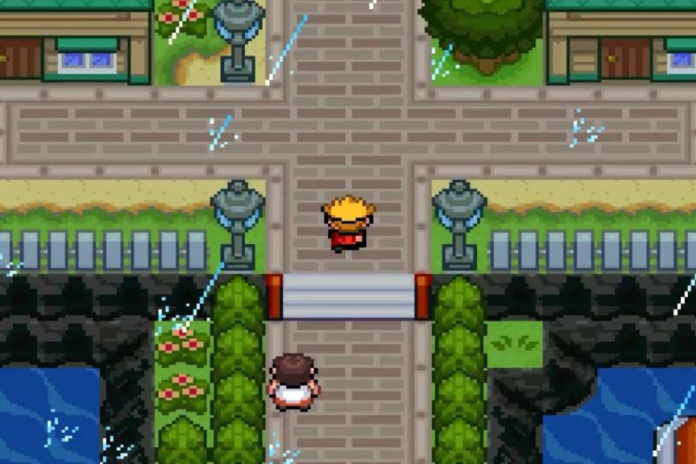 The best Pokémon ROM hacks occasionally receive not only regular updates but also extensive improvements before being published by players as an entirely new game.

As an improved version of Pokémon Glazed, Pokémon Blazed Glazed is a great illustration of that. In this ROM hack, the plot is essentially the same: the world is in disarray, and your player chooses their first Pokémon in an effort to preserve both worlds. There are still the Dream World Pokémon and five Starters to select from.

Nevertheless, this game has a tonne of fresh features. Pokémon Generation IV through VI, for example, can be found, and new moves can be learned. In addition, several spots in this ROM hack now include new Pokémon.

In this game, Pokémon do not learn their default moves because there have been certain move upgrades.

The ROM hack Pokémon Brown is based on the original Pokémon Red. We can travel to Rijon, a heavily industrialized area, in this game. Five new Pokémon elemental types—Wood, Wind, Sound, Gas, and Abnormal—emerged as a result of industrialization: On top of the 151 Pokémon found in Kanto, you can also come across 73 new Fakemon residing nearby.

Unusually, this game was one of the first Pokémon ROM hacks ever created. It’s still worth playing if you’re curious about the history of fan-made games in this franchise.

Remember that after finishing Pokémon Brown, you can move on to Pokémon Prism, which is its successor.

Pokémon Brown underwent a big update in 2014 to ensure compatibility with the follow-up ROM hack. This game’s narrative continues where the previous one left off and is consistent with both. The new Naljo region is where the game begins for you. But you can also return to Rijon if you’ve defeated every gym leader and finished the Pokémon League.

The addition of some regions that can only be explored by Pokémon is one of the most intriguing features of this Pokémon ROM hack. You can manage your squad in a manner similar to that of the Pokémon Mystery Dungeon video games.

Along with the 225 Pokémon from before, there are also 28 additional Pokémon that are exclusive to Najla. Every fan of this series should enjoy Pokémon Prism because it is unquestionably one of the best ROM hacks with tonnes of fresh content.

An outstanding ROM hack of Pokémon Ruby is Pokémon Light Platinum. Even at first sight, modified graphics set it apart from the original game, while there are other changes as well. There, in the Zhery Region, you can go and engage in combat with numerous fresh foes.

Additionally, you can test your abilities by competing against the Champion, the Elite Four, and the region’s top gym leaders. Additionally, regions like Hoenn, Kanto, Sinnoh, and Johto are among those from which you can capture and train Pokémon.

Keep in mind that you can combine a variety of objects and moves while playing this game. The Pokémon World Championship is one of the several unique events in which the player can take part. After dominating the Elite Four, this title might be viewed as the game’s final act.

A well-made ROM hack, Pokémon Light Platinum can be played for up to twenty-four hours. 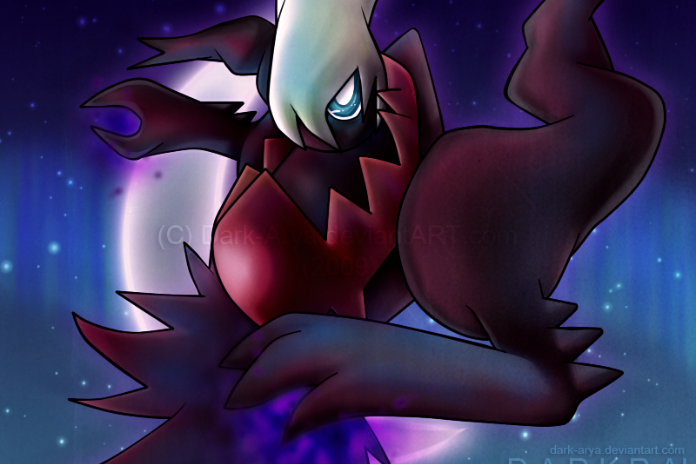 The story in Pokémon Dark Cry is highly complicated, which is one of its most distinguishing features. In this Pokémon ROM hack, your character awakens in a tunnel with a lot of stark contrasts all around.

A “Shadow Plate” is being discussed by two persons who are still standing beside a particular raised area in the shade. You chase after your Pokémon, but they aren’t there. You then spot a man wearing an “R” as a shirt. He ignores your attempts to stop him and continues on his way.

This guy performs a unique custom, which is followed by a massive earthquake and a goliath shadow moving closer to you. You abruptly awaken and understand that it was all a dream. You check at the time and discover to your sorrow that you are already running behind schedule to retrieve your Pokémon. You start to notice that this strange dream is actually happening. Sounds like a frightening tale!

You can travel to a brand-new territory named TrionPokePaper in Pokémon Dark Cry. A daily news source and a level cap raise are also included in this game.

With numerous side tasks and mini-games, the gameplay is very varied. As many gamers remark, it offers practically flawless gameplay and is one of the best ROM hacks for the Pokémon Fire Red. Additionally, its superior scripting and mapping are highly regarded.

Numerous fans believe this game to be among the most important Pokémon ROM hacks. It is situated in the Hawthorne region and offers a fairly typical Pokémon journey, with the plot progressing in line with your narrative choices.

This game brings Pokémon closer to a contemporary RPG, which can be extremely thrilling for a fan of this subgenre. It’s also important to note that this ROM hack includes new Mega Evolutions and a new type of creature called Relic Pokémon. Relic Tyranitar is without a doubt among the most amazing.