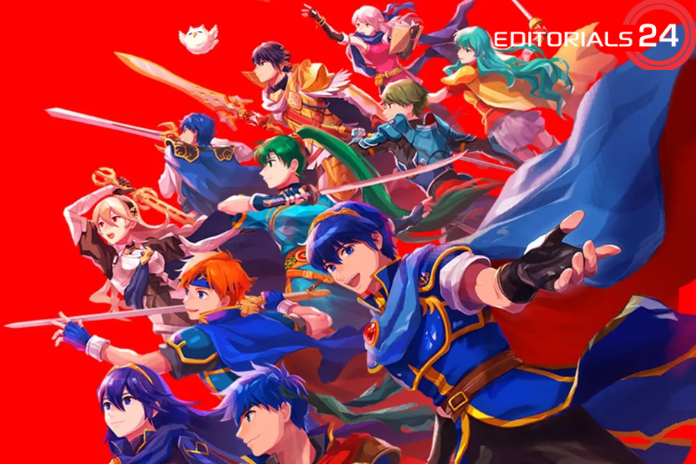 The Fire Emblem series appears to improve in terms of presentation, plot, and characters with each new installment. Unfortunately, the new gameplay mechanics and contemporary level design have left some long-time players yearning for a more… difficult adventure.

With some of these excellent fan-made FE games, hand-selected with true FE fans in mind, you can lead your motley crew of warriors to triumph.

Three levels of difficulty are available in Souls of the Forest, along with other custom game choices like fixed growth, a 100% probability of criticals, and even a reverse mode.

Only half of the hack’s 16 extra playable chapters and three sidequests have a clear narrative.

Nevertheless, even without a narrative, it would still be a fantastic hack because to the amazing level of design and clever balancing adjustments. 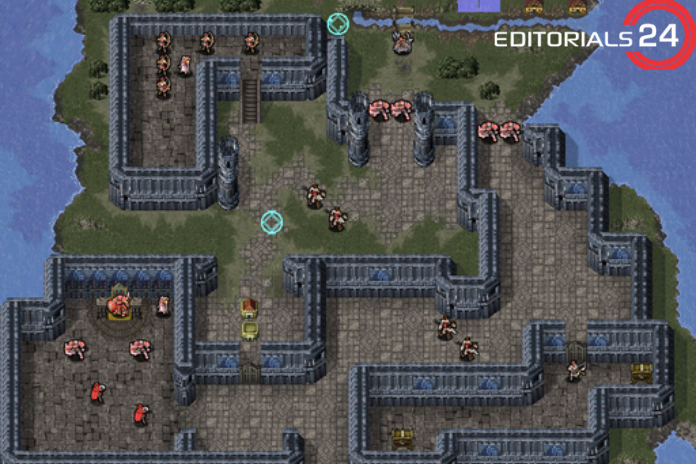 With a number of improvements designed to make it easier for you to enjoy everything the game has to offer, this Full Content Patch improves it even further.

As a result, you don’t need to play the game more than once to recruit all units, complete all chapters, or even access the items in the Online Shop. you could even access the Internet.

So far, this is the most effective technique to play Shadow Dragon.

Among the most cherished characters for Fire Emblem fans worldwide are those who live in the continent of Elibe.

After all, they were the first characters in the entire franchise to ever speak an English word.

By adding totally new chapters that feature an “after-story” for several of the characters, this fan-made sequel aims to give fans more time with these characters.

There is no unified progressive campaign; instead, each chapter can be accessed separately.

Fans of the original GBA game will love this because it has excellent writing, entertaining supplementary content, and 19 achievements to earn.

12. The Path of the Midnight Sun 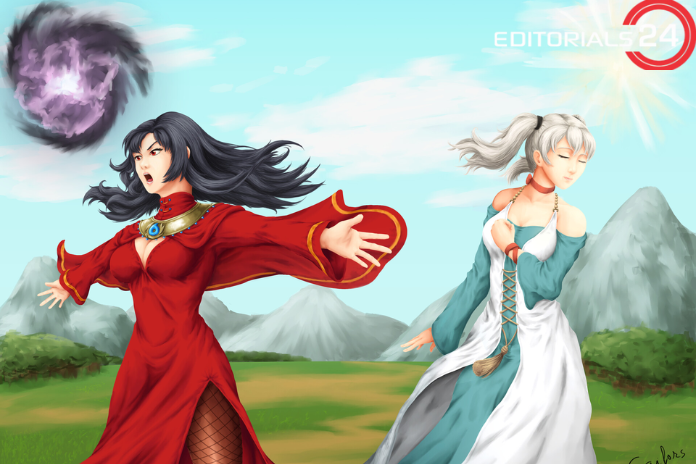 The Path of the Midnight Sun is another fantastic fan game that was first created as a ROM hack.

The tale and the characters are clearly influenced by Fire Emblem, despite the fact that the game has dropped the “Fire Emblem” from its name and significantly changed its gameplay mechanics.

Not only that, but the tale style is very similar to that of recent 3DS/Nintendo Switch FE games.

Don’t miss the trailer if you want to see the original ROM hack.

One of the most amazing accomplishments on this list is Void’s Bizarre Adventure, which was created as part of Fire Emblem Universe’s Chapter Creation Blitz in less than a week.

It has a massive 31 chapters, a very straightforward plot, and lots of cute small touches.

The level of design quality of the hack is also pleasantly high. Even without taking into account, the entire book was written in less than a week.

10. Order of the Crimson Arm in Fire Emblem (GBA)

A hack of FE7, FE: Order of the Crimson Arm adds additional unit classes, a playable tactician that can be customized like in FE: Awakening, and other features while maintaining the same core gameplay mechanics.

The hack’s narrative, which recounts the exploits of mercenary leader Algimas and his foreign tactician, is undoubtedly its strongest point.

The writing is superb and perfectly captures the essence of Fire Emblem. 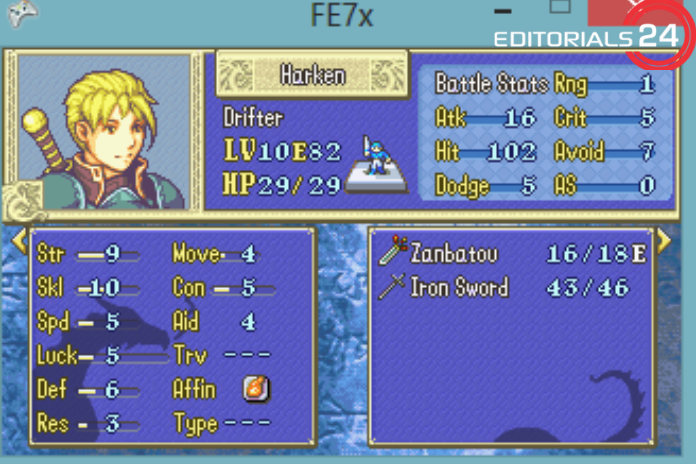 Fantastic fan game FE7x was created to act as a predecessor to the first Fire Emblem on the GBA.

This underappreciated epic, set in Elibe 20 years before the Black Fang catastrophe, chronicles the struggles of a band of heroes fighting to prevent the continent from degenerating into anarchy. Strange alliances, political scheming, and other beloved FE series elements are all present.

The game is designed to operate well on PC because it uses the Microsoft XNA engine. Additionally, you won’t need to install an emulator to use it.

There’s no need to seek any further than Fire Emblem: Requiem if a fantastic story is what you’re looking for in a ROM hack.

It chronicles the achievements of the heroic members of the aristocratic house of Olva, who must protect themselves from an enemy house’s attacks as a greater danger approaches.

The sprite work is unimpressive, and aside from Hard Mode, the difficulty is fairly lenient.

Nevertheless, this level of design is quite good. And throughout the 26 chapters of the story, you’ll be left wanting more.

Nine out of ten FE ROM hack enthusiasts would recommend The Road to Ruin if you ask them which games you must play.

Given the high degree of polish and amazing level of design present in this hack, it is hardly surprising.

The plot is also rather strong, and it deals realistically with political and military problems.

In order to bring each of the 20 chapters of The Road to Ruin to life, the game also includes some excellent unique assets, such as sprites and fresh music. 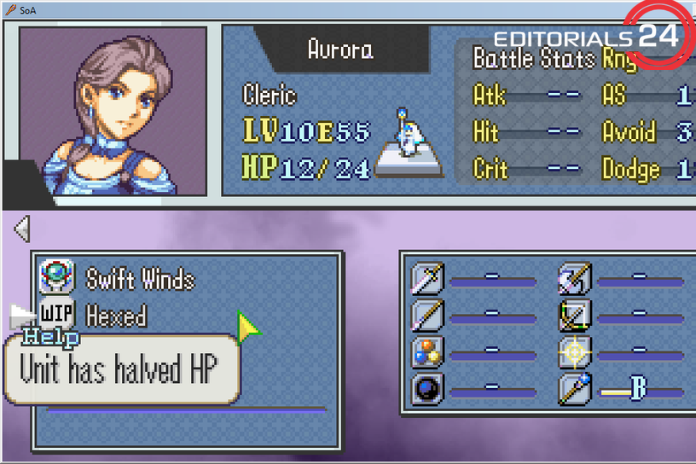 The fabled object is known as the “Staff of Ages” was used to drive away the darkness that threatened to wipe out humanity two millennia ago.

Now that the demonic threat is no longer there, the kingdoms of Arynden and Fortuita are embroiled in their first war in 2000 years.

That is the premise of this amazing fan game, which includes over 40 playable characters to aid you in completing its 42 chapters of traditional Fire Emblem geopolitical fantasy.

Apart from the customary QoL enhancements, the game stands out for its gorgeous sprite work and in-depth narrative. For the most dedicated strategists out there, it also offers a Hard Mode.

This game was originally an FE8 ROM hack, but it now uses a different engine and doesn’t need an emulator.

The majority of the hacks on our list are constructed on top of the well-known GBA FE games. primarily because it is the most widely used platform and, as a result, the most accessible.

However, some intriguing ventures go above and beyond that.

One of them is Radiant Dawn Redux, an attempt to give the tenth installment of the Far East trilogy new gameplay that is harder than the original.

It’s a great substitute for the Hard Mode in the original game, which artificially increases the difficulty by removing features like the Weapon Triangle.

The Last Promise was one of the first FE hacks to catch popular, in large part because it was the first real “full” project.

You’ll play as retired Knight Commander Siegfried and his son Shon as they struggle to stave against the Magnus Empire and its aggressive conquest tactics.

Although there aren’t any significant visual upgrades, the improved level design and new soundtrack elevate this to a new level in FE ROM hacking. 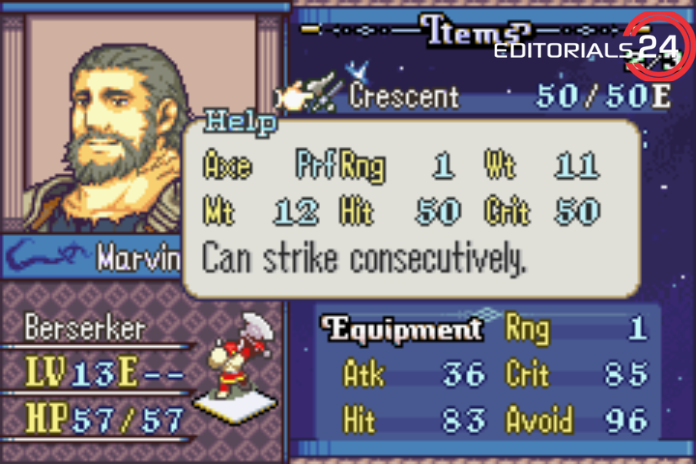 Before author KrashBoobBang made the decision to finish writing the rest of the novel, The Four Kings started out as a straightforward Reddit roleplay. Later on, he made it into an FE8 hack because, well, why not?

It has 40 playable characters that you can unlock by recruiting them over 29 chapters of the fantastic branching plot.

After finishing the main campaign, if the strategy is your thing and you’re looking for a bigger challenge, you can also play the seven post-game trail maps.

The events of Justice and Pride, which take place in the continent of Iron, are those that occurred before Princess Aderyn’s uprising against the oppressive Emperor Perseus.

While the game’s narrative is one of its strong elements, each of its 30 chapters also has an excellent level design that is based on its newly balanced skill system.

In order to put what you learned during the campaign to the test, there are eight post-game trail maps.

The popularity of Fire Emblem: Vision Quest is high. In addition, I received a lot of respect from the ROM hacking community in a short period of time.

The intriguing plot of the film centers on a young farmer and his pals who resort to banditry in order to survive in the harsh, repressive rural state of Belaro.

It’s one of the longest FE8 ROM hacks available, featuring 34 main story chapters and seven alternative scenarios. Each of these levels competes favorably with the finest ones in the legitimate games.

The creator Pandan selected some wonderful music tracks to match with each situation, and the plot is quite captivating. The sprite work is fantastic.