An Elegant Korean Wedding Ceremony Was Attended by Jane Seymour in A Custom-Made Hanbok! 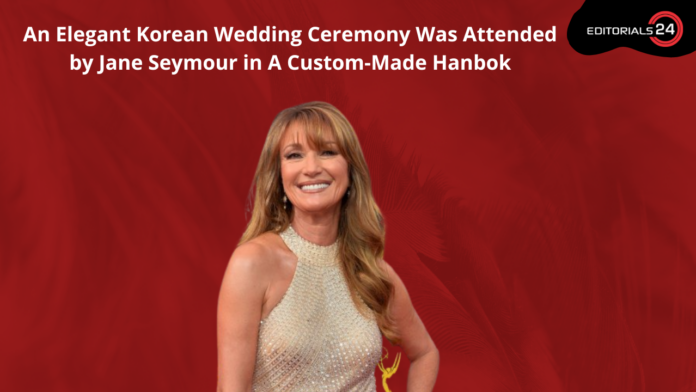 The 71-year-old Emmy Award-winning actress attended her 26-year-old son’s wedding in Seoul, South Korea, over the weekend while donning a traditional Korean outfit called a hanbok.

As she flaunted the pink-and-blue costume in a family selfie for Instagram, Seymour wrote, “Best wishes, Kris and Miso! What a beautiful wedding and a truly memorable day.”

“Our family is getting bigger because of all of Miso’s amazing relatives. I’m so glad to see Johnny and Kris onstage together! “The former Bond girl said, alluding to John Keach, Kris’ twin brother. Seymour uploaded the video of the duo’s rendition of Christina Perri’s “A Thousand Years” to her Instagram. 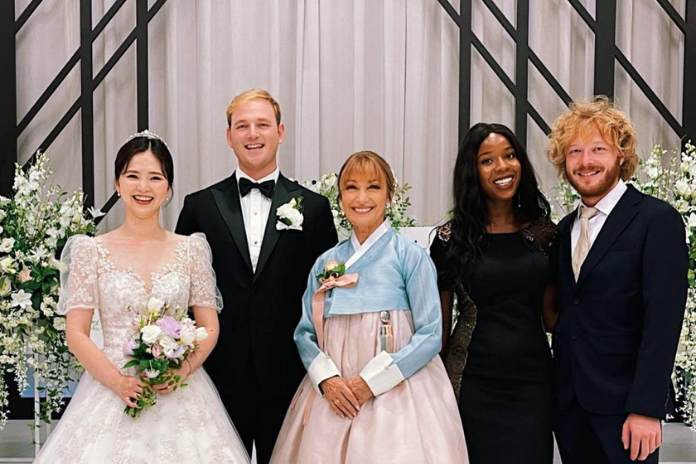 Seymour wore a delicate pink skirt over a little jacket with baby blue sleeves. She had a little bouquet tied on her chest and pink ribbons decorating her outerwear. According to Hello!, Miso’s parents had the gifts manufactured especially for Jane for the special occasion.

Seymour reportedly wore the identical hanbok at the couple’s first wedding ceremony in Malibu in December of last year, according to the tabloid.

After the first ceremony, Miso said Hello!, “I haven’t donned traditional Korean clothing since I was a little girl. “I was reminded of how lovely the custom and attire are after seeing everyone dressed in hanbok. We had a great day, and it was extremely enjoyable.”

According to wedding planner Estella Park, the mother of the bride is expected to dress in warm hues like pink, purple, or orange in accordance with Korean tradition. The mother of the groom will often dress in cold colors like blue, grey, or green, according to Park. 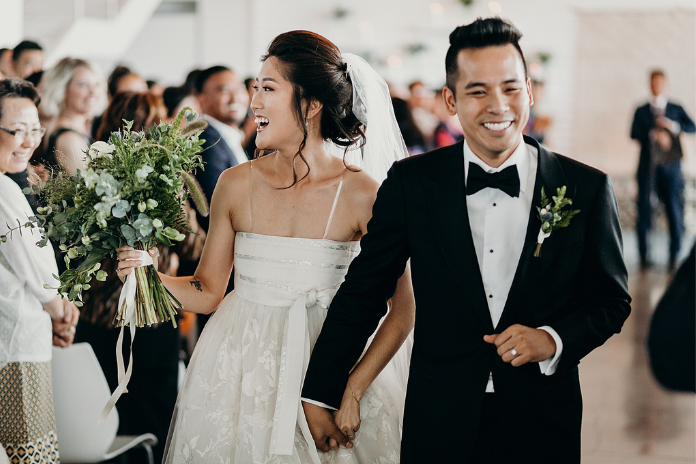 “It was incredibly poignant to see them take their vows, especially with the influence of both their cultures and in the presence of relatives that had flown from Korea and London, some for the first time ever,” Seymour said of Kris and Miso’s first wedding, according to Hello!

Seymour posted further images of herself wearing a black and red hanbok in advance of Kris and Miso’s wedding weekend in Seoul, commenting on Instagram, “My heart has been won over by Seoul! This traditional Korean hanbok is superbly constructed. What do you like best about the hanbok?”

She stated, “In a second post with my son Kris, “In our traditional Korean hanboks, Kris and I. These clothes have incredible detailing.”